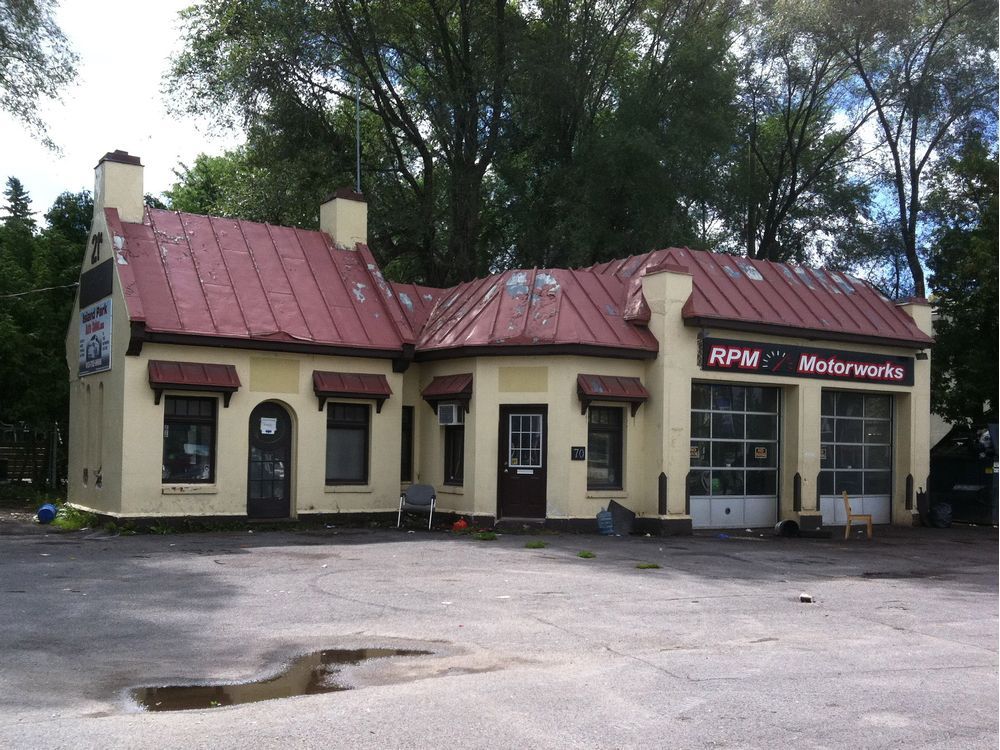 Three development applications considered by a panel of advisors on Tuesday threatened to pit heritage protection against homebuilding, but they didn’t stand in the way of the projects.

Trinity Developments might have finally found the winning blueprint to redevelop the site of a heritage-protected “cottage” service station at the edge of Westboro.

The city’s built-heritage subcommittee fully supported the company’s plan to reposition the old building to squeeze in a nine-storey residential complex at 70 Richmond Rd. at Island Park Drive.

The development prospects on the property have, at times, befuddled interested builders because of the city’s decision to protect the one-storey service station, which was built in 1934.

Council only voted to slap heritage protection on the old Champlain Oil Company building in 2015 to recognize the building’s symbolism of reflecting an era when more people were becoming motorists.

Trinity wants to move the structure to the northeast portion of the site and covert it to commercial space. The company has a little more breathing room for the project after acquiring a property next door on Island Park Drive.

The complex would have 85 apartments and two levels of underground parking.

Nearby residents are wary.

Paul Forster, representing the Island Park Community Association, said there hasn’t been enough discussion about the project’s impact to the stately road, which is owned by the National Capital Commission.

The Trinity project would introduce a “nine-storey barrier” that would interrupt a sightline down historic Island Park Drive, Forster said.

The built-heritage subcommittee is tasked with only assessing a project’s impact to the city’s historic fabric, not the planning arguments when it comes to density and height of buildings.

The appropriateness of Trinity’s proposed mixed-use development at that site will be a fight for another day. The planning committee will need to consider applications to amend the official plan and zoning bylaw.

Another tricky heritage project considered by the subcommittee is at the north-west corner of Somerset and O’Connor streets, currently the site of a paid parking lot. The development site spans 311 Somerset St. and 234-236 O’Connor St.

Gemstone Corp. wants to build an 18-storey building, which would have a 14-storey tower rising above a four-storey podium.

The company has long considered a development at the corner property. At one point, the company hit a snag when the subcommittee tried, but failed, to protect an old fire-damaged house in the development site.

Now, Gemstone needs to convince council that the proposed 156-unit development is a suitable for the area.

But first, because the property is in a heritage conservation district, the company had to gain support from the subcommittee.

Jack Hanna, representing the Centretown Community Association, said the proposed development wouldn’t “honour Somerset as a traditional main street.” He said the tower and the podium would be too tall and be used by other developers to rationalize their own tower projects in the area.

Carolyn Quinn, the vice-chair of the subcommittee, said it’s “a little concerning” that building height is an out-of-order consideration for the panel. In this case, a tower can have an impact on a “special” main street that includes Somerset Village, Quinn said.

But Coun. Rawlson King, the chair of the subcommittee, called on members to keep discussions about building height at the planning committee.

Quinn was the only subcommittee members to dissent on the Gemstone application.

Rimap Development wants to convert the old five-storey warehouse at 126 York St. into a hotel and restaurant with a connecting 22-storey residential rental tower. The proposal will also require a property rezoning.

The Major Building grocery warehouse was built in 1913 and designed by Ottawa architect C.P. Meredith. S.J. Major Wholesale Grocers and Wine Merchants ran the building and the company eventually merged into National Grocers, according to city research.

Heritage Ottawa supported the developer’s approach to the project.