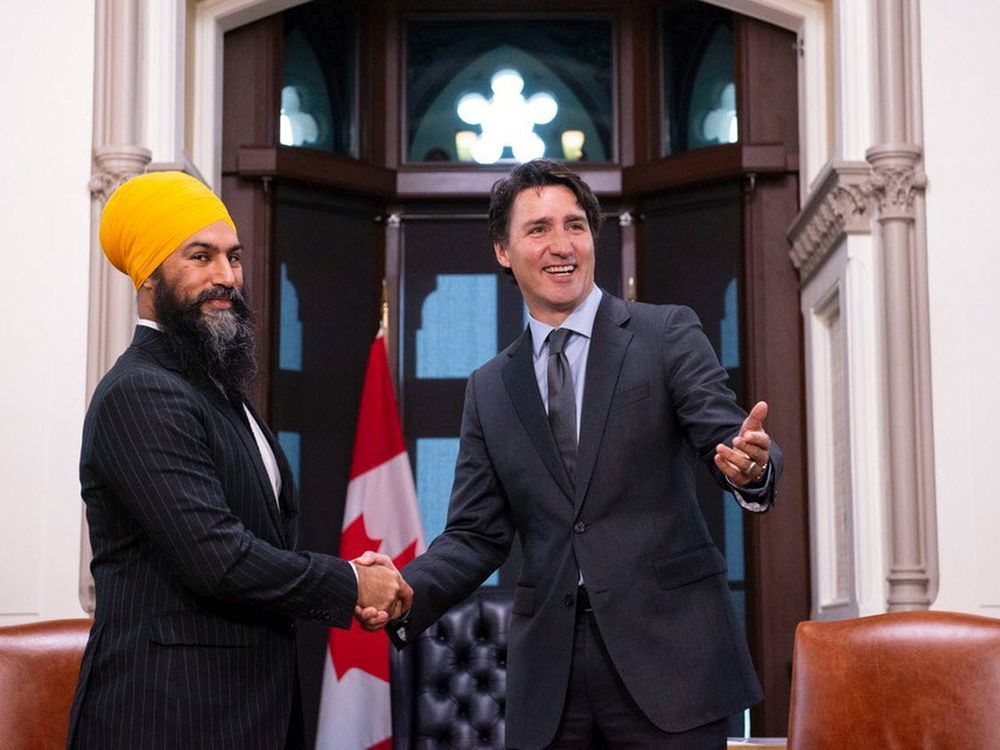 The audacious announcement by the federal NDP of a confidence and supply agreement with the Liberals as long as the latter actively pursue dental care and pharmacare policies has caused quite a reaction. But those who are up in arms are not New Democrats.

For years, the NDP has been derided as a non-imaginative third force, bolstering the left flank of the political spectrum in Canada. Clearly the status quo has now been upended.

People who have never voted for the NDP complain that the NDP is now “in bed” with the Liberals, to use a moralistic term that conveys disdain. Some have described the move as “shameful.” The criticism is coming from those who have never been friends of the party — such as the Bloc Québécois, which calls the agreement “a false majority” and is now offended because the NDP has taken over the reins of what may happen in Parliament.

The Conservatives see themselves as the heirs-apparent to the Liberals, and are dismayed that this agreement removes a bridge they saw as enabling their victory.

But the reasons for the NDP action are clear enough. There is no Canadian appetite for another election. Canadians want none of that. Prime Minister Justin Trudeau called an election in 2021 that was clearly opportunistic: he thought he’d secure a majority vote. In effect, Canadians voted for a Parliament that does not give one party full control of the legislative process. They’ve done it twice now. The NDP-Liberal confidence and supply agreement furthers that situation. Without it, Canadians would be held hostage to a shot-gun election based on the partisan whims of a political party whenever it saw a political advantage in calling one.

So why not use this legislative period to advantage, to try to secure long-promised policies that Canadians need? To make Parliament work for Canadians?

A pharmacare program to help with the exorbitant cost of medication is something Canadians need and is provided in most progressive countries with high standards of living. Why not begin working on a dental care plan for Canadians too, as the costs skyrocket and dental services become unaffordable for many?

The naysayers to this agreement don’t want the NDP gaining more of the political limelight. The “it’s a shame” reaction does not come from progressives, but from Conservatives. Jagmeet Singh may eventually be outfoxed in this deal, but his strong political leadership can make this agreement work for Canadians and for the NDP. And the move puts him at the forefront of media attention.

Holding the prime minister’s feet to the fire on these important NDP legislative proposals will help bring Canadians the policies they badly need. The Liberals have promised action for years. Now Trudeau must live up to his end of the bargain or be seen as a man who does not deliver the goods and who cannot be trusted.

The NDP has made a solid move to strengthen its position on the Canadian political spectrum while helping Canadians. Hard work and clear communications will be necessary for this move to bear fruit.

Carl Hager is an executive member of the Pontiac NDP Association.