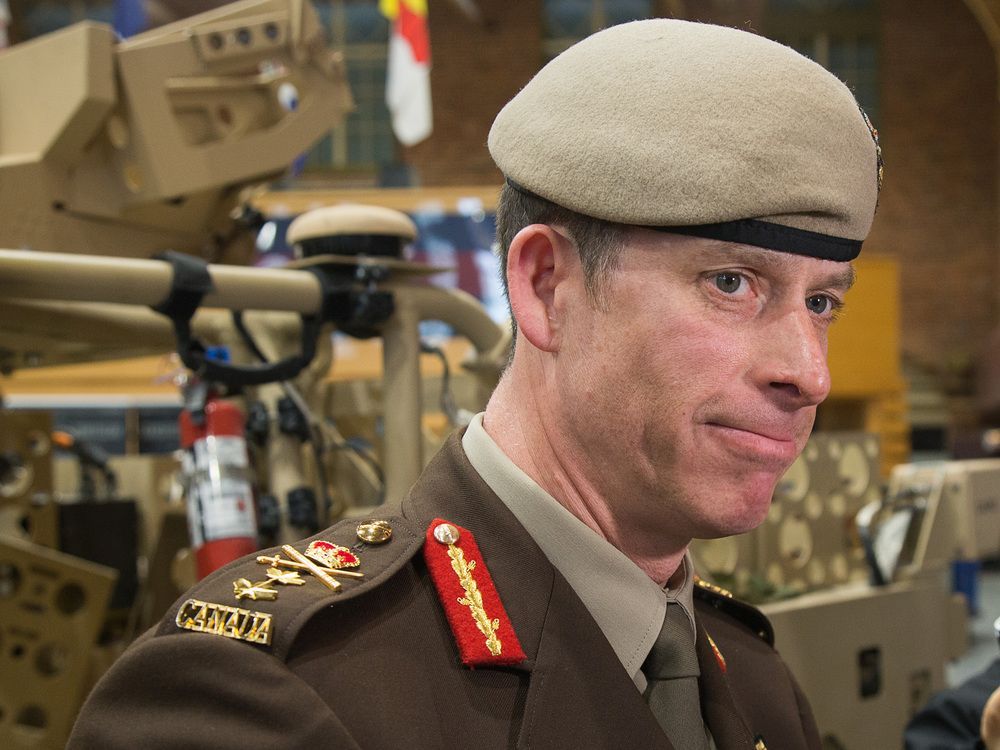 The Canadian general who wrote a letter of support for a sex offender is expected to meet with victims of military sexual trauma to hear their views.

What is being called a “restorative” process is expected to start at the end of the month for Maj.-Gen. Peter Dawe.

A statement attributed to Dawe was already sent out in early March to victims of military sexual trauma. He did not sign the statement nor apologize for his actions.

But Dawe did acknowledge he wants to listen and learn so he can be a more effective leader. “I am keen to answer questions and to share my perspectives on my past behaviour, including reflections on my biases and rationale that led me to the decisions I made,” Dawe wrote in an open letter to “harmed members and veterans.”

“I want to offer members and veterans the opportunity to engage with me directly, so I can understand and acknowledge the harm I’ve caused,” he added.

The Department of National Defence declined to say why Dawe waited almost a year before reaching out to military sexual trauma survivors with his message. Dawe noted in his message that he has had some “engagements” with survivors but it was clear to him that he had more to learn.

His March message was sent out by Lori Buchart, one of the leaders of It’s Not Just 20K (INJ20K), a volunteer support and advocacy group for military sexual misconduct and assault victims.

Although the author of the message is listed in the file data as being Buchart, Department of National Defence spokesman Dan Le Bouthillier stated that Dawe did indeed write what was in the document. He said INJ20K was consulted on the language used by Dawe and that Buchart was asked to distribute the message.

National Defence declined to say why it is consulting on the Dawe restorative process with INJ20K and not other groups representing misconduct survivors.

But INJ20K, which has 111 members, has become closely affiliated with the senior Canadian military leadership. The group highlights on Twitter its policy of “collaboration not confrontation” and often tweets out praise for Canadian Forces senior leadership for their handling of the ongoing sexual misconduct issue.

Military insiders say once the restorative process is completed, they expect Dawe will be promoted to lieutenant general.

Dawe faced criticism last year when it was revealed by CBC that in 2017 he wrote a positive character reference to influence the sentencing of an officer convicted of sexual assault. That officer, Maj. Jonathan Hamilton, had sexually and physically assaulted the wife of a fellow soldier. Hamilton was sentenced to three years of probation instead of jail time.

But the officer Dawe vouched for was later convicted in connection with another unrelated sexual assault and sentenced to three years in prison.

Chief of the Defence Staff Gen. Wayne Eyre, who is close to Dawe, also faced criticism for how he handled the situation. Eyre’s initial reaction to the CBC report was to issue a statement of strong support for Dawe, noting he had full confidence in the major general.

Eyre pointed out that Dawe, who was then in command of special forces, had accepted responsibility for his actions and had learned from his mistake.

When that didn’t quell the growing anger in the military community about Dawe’s actions, Eyre released another statement, again supporting the general, but also noting Dawe would go to his new job as director general, international security policy sooner than scheduled.

But that only fuelled anger among some Canadian Forces personnel, who viewed the lack of any punishment as further evidence of a double standard between the treatment of senior officers and lower ranks. As a result, Eyre issued an apology acknowledging that Dawe’s actions were “causing division and anger within the CAF.”

Dawe was then sent home during the summer on paid leave. Some soldiers privately suggested that Eyre essentially gave Dawe a paid vacation. The major general received $68,000 in pay during that time he had the summer months off.

On October this newspaper reported that Dawe had quietly been brought back to defence headquarters. National Defence officials said at the time he was working on the military’s response to various reviews of sexual misconduct in the Canadian Forces.

But as a result of the anger caused in the military community about Dawe’s new position, the major general was removed from that job. He still continues to serve at defence headquarters.

Dawe, in a statement last year, noted he never condoned the serious offences for which Hamilton was convicted for in civilian court. His supportive letter was to highlight that soldier’s military accomplishments and his struggles, Dawe added in that statement.