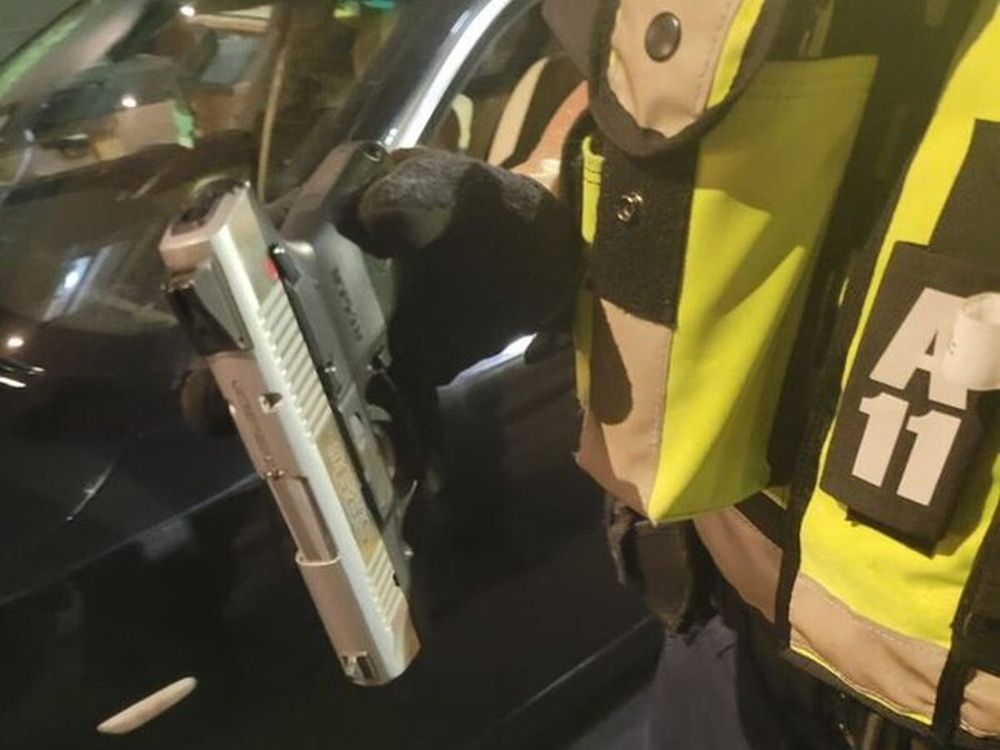 Two Gatineau residents were arrested overnight, as an Ottawa police check turned up a loaded 9 mm pistol and a quantity of cocaine.

In a release, police said the patrol officers approached the vehicle and “noticed that the driver had what appeared to be a handgun on his leg.”

The driver allegedly refused to leave the vehicle and he wqas arrested.

The handgun and cocaine was allegedly discovered in a subsequent search.

After refusing to exit the vehicle, the man was arrested. A loaded 9mm handgun and cocaine were seized.