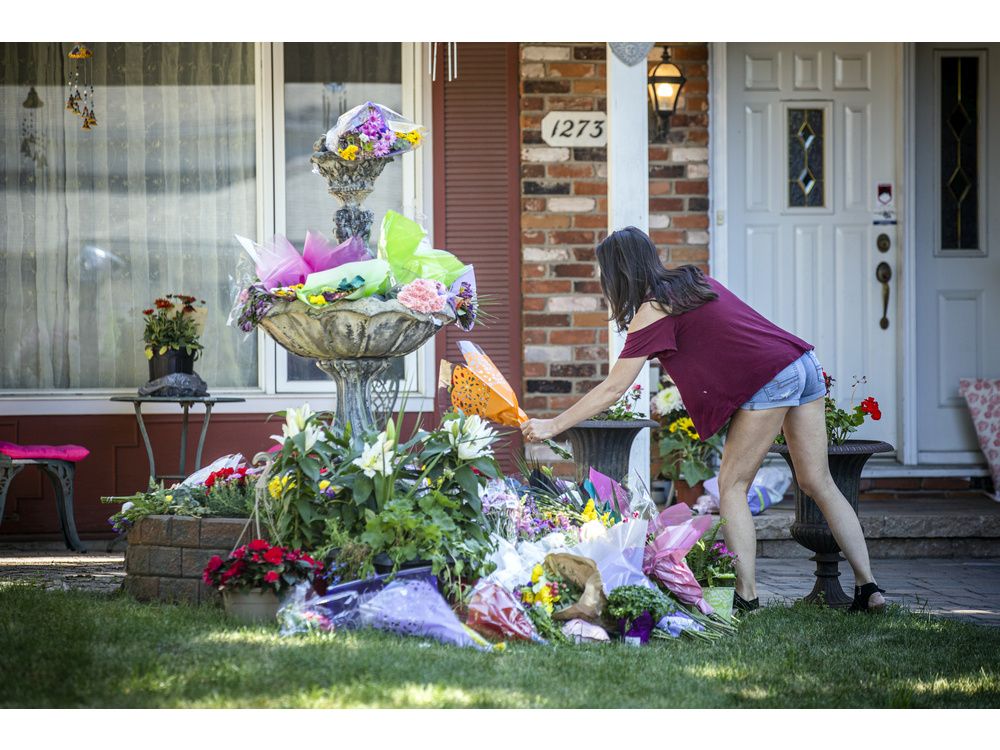 A crowd-funding campaign to raise money for a 19-year-old woman who survived an attack at her Alta Vista home after her mother and sister were stabbed to death has reached more than half of its goal after only two days.

The GoFundMe campaign for Catherine Ready had raised more than $33,400 of its $50,000 goal by Monday evening after being created by friends of the Ready family from Douvris karate school.

Catherine Ready, a student at uOttawa, is recovering in hospital from injuries after the attack. Her 15-year-old sister Jasmine and mom Anne-Marie were found dead outside their home on Anoka Street on the evening of June 27 by police answering a 911 call.

Catherine was taken to hospital for treatment of a non-life-threatening gunshot wound.

Her mom Anne-Marie Ready, 50, was a trade commissioner at Global Affairs Canada. Her sister Jasmine was a student at Franco-Cite secondary school and had just finished Grade 10.

“This GoFundeMe is to raise money to help Catherine, whose life is forever changed, to aid with recovery during these difficult times,” read the online fundraising page, created by Caroline Poirier and Naomi Eberhard.

“The family is originally from Guyana and is also very missed by the Guyanese community. Anything you can offer this young woman is greatly needed and appreciated.”

The GoFundMe organizers said they were part of the Douvris karate family. Anne-Marie and Jasmine were long-time members of Douvris and both had received their black belts at a recent ceremony, according to the karate school’s co-founder John Douvris.

Donors to the campaign expressed their shock and grief and offered words of support.

“Catherine, I hope you never feel alone,” wrote one donor. “The people of Ottawa are here to support you.”

“I traveled with the Ready family for a short time but I stayed in touch with Catherine,” said another. “I am absolutely devastated, they were all such cheerful and friendly people who I enjoyed getting to know. My heart has been breaking all week.”

Graves was a neighbour of the Ready family on Anoka Street. He had been arrested but was released three days before the killing of Jasmine and Anne-Marie Ready.

Graves had been charged with three counts of criminal harassment, assault and sexual assault for offences that occurred between the beginning of March and the middle of June, according to court documents.

Graves had been released on the strength of a $2,000 surety pledged by his mother, Emily, and with a host of conditions that required him to live at home, and not to enter an area bounded by Montreal Road, Coventry Road, St. Laurent Boulevard and the Vanier Parkway, near where his alleged victims lived and worked.

He was also ordered not to have contact ⁠— directly, indirectly or online ⁠— with four people, two of them women, whose identities are protected by a publication ban.

Members of the Ready family were not among those identified in the court documents.

-With a file from Andrew Duffy