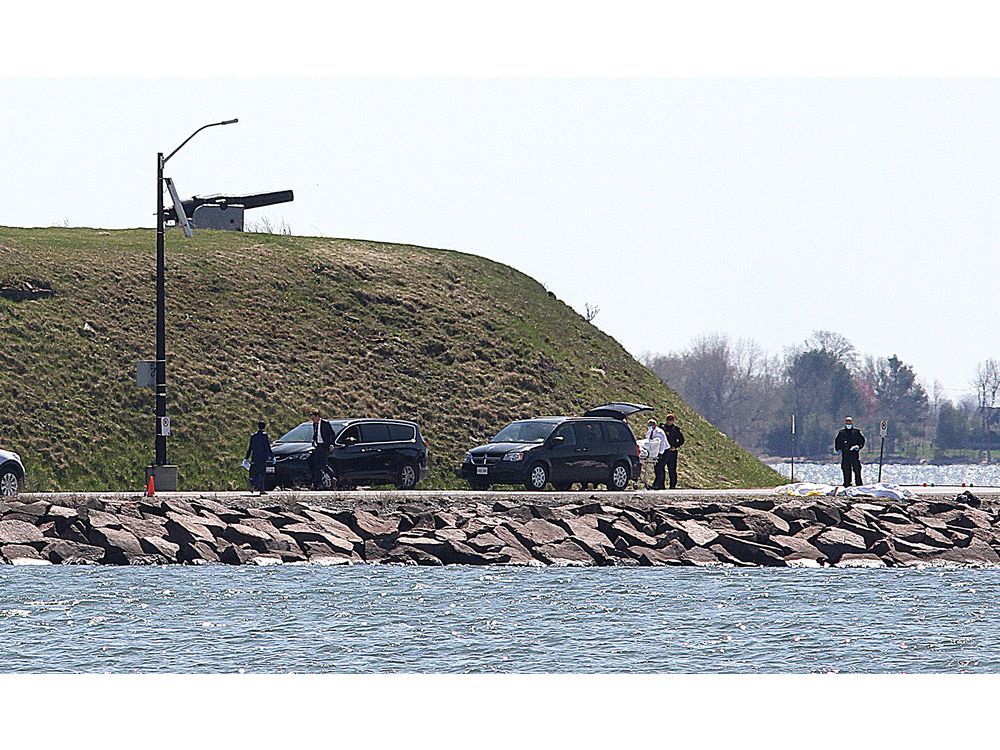 KINGSTON — Four Royal Military College cadets died when a vehicle they were in went into the water near the college early Friday.

Emergency services were called to Point Frederick Drive around 2 a.m. Friday in response to a motor vehicle collision and water rescue.

Frontenac Paramedics confirmed Friday morning that four patients were treated at the scene, but none was transported to hospital.

From the Crawford Wharf, Kingston Police and the Ontario Coroner’s Office could be seen on the scene at Point Frederick loading a body into a van near RMC’s Fort Frederick Museum.

“No further information will be made available at this time,” the release said, but it added the Department of National Defence would keep the public informed of further developments in the case.

“RMC’s first priority is to ensure our Naval and Officer Cadets, staff, faculty and families are cared for and supported,” the department’s public affairs department wrote in an email to Postmedia. “This loss is felt across the RMC community and we extend our deepest condolences to all our members, their families and their friends during this difficult time.”