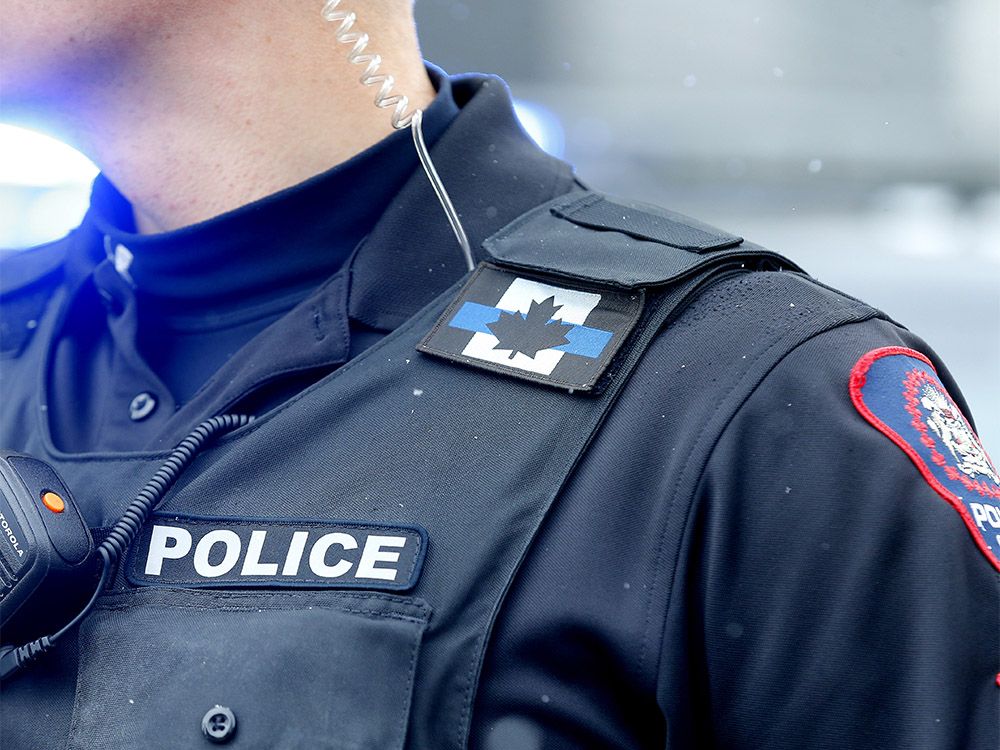 What is the point of civilian oversight if the “civilians” can be defied with impunity?

This is where the Calgary police commission finds itself — toothless and ignored. With what seemed to be good reasons for doing so, the commission ordered police officers to remove the so-called thin blue line patch from their uniforms by April 1.

The reason for the order was the notion the patch smacks of colonialism and racism, and purportedly makes some members of our community uncomfortable. Two police associations don’t see it that way.

The directive was issued March 30. By last week the commission was recanting, despite its role, and, I quote, “to establish policies providing for efficient and effective policing; to issue instructions as necessary to the Chief.”

Its stated mission: “To provide independent civilian oversight and governance of the Calgary Police Service to ensure a safe community.”

Nowhere is there an “advise and consent” statement saying civilian oversight is just a suggestion.

Frankly, I don’t understand the point of having a commission if all it can do is make recommendations police officers, their union and even the chief, Mark Neufeld, can freely ignore.

The blatant push-back is there for all of us to see. Officers are still refusing (with the support of the chief) to remove the patch.

Let’s get one thing straight: Never have I ever feared a police officer. Never have I ever felt threatened, intimidated or bullied by any officer. Indeed, the first person I’d turn to in trouble would be a man or woman in blue. But then I’m white, female and middle-class, and dress for the part.

I don’t discount the opinions and fears of fellow Calgarians who are none of that. And if they are intimidated by the police service and if the patch encourages that, then get rid of it.

If the police want to honour those who have died in the line of service, erect a plaque in front of the main station. Start a scholarship in their names. There are many ways to honour the dead. (Consider the HAWC1 police helicopter started as a memorial to an officer killed on Deerfoot Trail in 1993.)

When it became obvious the commission was going to be defied (my word, not theirs), plausible deniability and back-pedalling set in. In an April 2 press release: “The Commission continues to hope that the associations will accept the invitation to work with a professional graphic design firm to design a replacement symbol at the Commission’s expense. Aside from the high-level direction that the new design needs to better reflect the values of all Calgarians, the design would be left entirely to officers and their families.”

Police commission chair Shawn Cornett is quoted: “It is deeply concerning that the police associations and senior officers are encouraging police officers to disregard a lawful direction given by the body Calgary’s elected government has appointed to provide police oversight.

(Full disclosure: One of my friends sits on that commission and I have scrupulously avoided contacting that member.)

All of this is a reminder of the potency of symbols and how they can be used and abused even by well-meaning people. The poppy is one such symbol and whether or not some people in the public eye — politicians, television announcers and the like — want to wear one or not, they have no choice. Poppies are ubiquitous around Nov. 11. They have thus become meaningless, although members of the Royal Canadian Legion would argue otherwise,

This is what happens when symbols are given more weight and gravity than they deserve.

The mythos and gravitas of the Stars and Stripes is one of the best-known cases of symbols being usurped. Americans put so much symbolic weight on their flag that “disrespect” could result in a fine or jail. It’s a potent symbol, and thus ripe for use in protests against the American “establishment.”

The “freedom convoy” participants tried to smear the meaning of the Maple Leaf by wrapping themselves in it and for some truly bizarre reason using Confederate flags to make their point as they screamed and honked for “freedom.”

It never seemed to occur to them that the Canadian flag has no hidden meaning; that all we ask of anyone is the flag be flown with the stem down and the edges without tatters. Other than that, waving it around while honking and screaming won’t bring the wrath of Canadian law down on your head.

Catherine Ford is a regular columnist for the Calgary Herald.