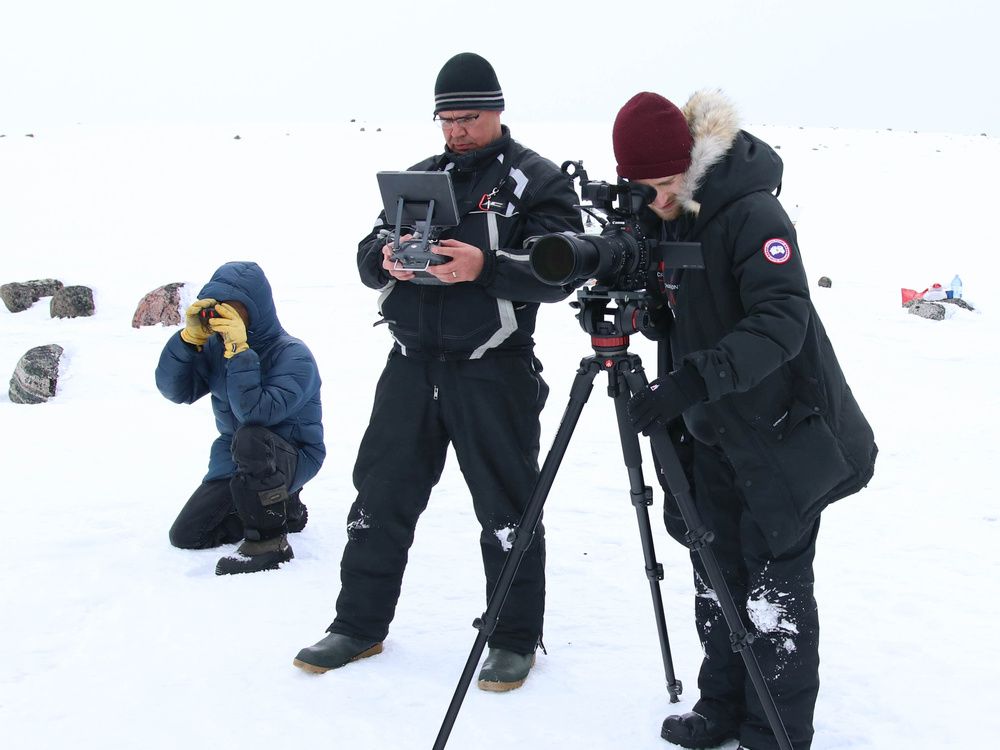 Inez Shiwak can succinctly distill what the caribou meant to her when she was growing up in Nunatsiavut, the autonomous area claimed by the Inuit in northern Labrador.

“Everything,” says Shiwak. “It’s connecting to family, friends and the environment where I live.”

The 45-year-old recalls how caribou and caribou-hunting were integral to family life and her community’s culture. She recalls being able to kill her first caribou. She remembers listening to her father tell stories of caribou hunts when he was young. She recalls seeing her extended family when they would go caribou hunting.

Three decades ago, the migratory caribou herds that roamed Nunatsiavut numbered in the hundreds of thousands, according to estimates.

But for a variety of reasons, the caribou of Labrador went into a steep decline. In 2013, Newfoundland and Labrador’s Department of Fisheries, Forestry and Agriculture stepped in to conserve the endangered animals by issuing a hunting ban. The George River Caribou Herd in Labrador, the province noted, had drastically declined from greater than 750,000 caribou in the early 1990s to just 27,600 animals in 2012.

As well-motivated as the ban was, it wrenched away a pillar of life for the Inuit of Labrador such as Shiwak.

That’s why she is so pleased to have been a co-producer of the just-released documentary called HERD, in which interviews with her people, from elders to youths to hunters to cooks, describe the connection between the caribou and the Inuit.

“I’m very proud to be a part of this project and to know that our voices will be heard and recorded for future generations,” says Shiwak, who is also Canada Post’s postmaster in Rigolet, Nunatsiavut.

The film’s director is David Borish, who is based in Toronto but is originally from Ottawa. The 28-year-old, who attended Glebe Collegiate, says the film combines his longstanding interests in visual media and social and environmental issues.

For Borish, who has an undergraduate degree from the University of Guelph, the film was an integral part of his doctoral research at Memorial University’s school of arctic and subarctic studies.

In addition to producing a 45-minute film for CBC Gem, the work by Borish, Shiwak and their colleagues generated a longer cut for Inuit communities and an abbreviated 15-minute version that Borish intends to submit to international film festivals.

In all, the team behind the film collected about 100 hours of footage, including interviews, archival material and scene-setting clips. Their work, which was funded by agencies such as the Social Sciences and Humanities Research Council, is also the basis for several already published research papers.

Borish came on board the project in 2016 and worked steadily on it, graduating with his Ph.D last year.

He first traveled to Labrador in 2018, filming strictly caribou during a relatively short visit.

“When we went up to go film, the biggest group of caribou we could find was about 200 caribou,” Borish recalls. “It was incredible for me to see and it was a fraction of what the congregation used to look like.”

During the winter of 2019, the bulk of filming, interviews and data collection was done, Borish says.

It was crucial to Borish that the project closely involve the Inuit. “The film is a process of bringing Inuit and non-Inuit together,” he says. “I was directing it from a film and research stance, but it was very much a community-led Inuit project.”

The film gains much of its power from the starkness of it imagery and the absence of narration. The documentary simply shows people speaking about different aspects of life both during and after the time of caribou hunting. It was Shiwaks’s job to set up interviews with the film’s participants and pose the questions.

The information shared by the interviewees accumulates and grows over the film’s length. In the end, the film paints a detailed and compelling picture that delves into everything from the revered place of caribou in the diet of the Inuit to the sadness that comes with no longer hunting caribou, even as other aspects of traditional Inuit life are endangered.

The film does not investigate the causes of the caribou decline. “It’s very complicated and not fully understood. It really is a mix of different interconnected issues,” says Borish. He notes that caribou populations naturally go through cycles, but also says factors ranging from climate change to the impact of human development to diseases and parasites could be at play.

Shiwak hopes viewers will understand upon seeing the film just how important the caribou are to the Inuit of Labrador and how much it hurt when the right to hunt caribou was taken away.

She adds: “My hope is that the caribou return to what they were and that we can return to hunting caribou. I hope the next generation will get to experience the excitement and freedom you feel when hunting caribou.”

HERD
What: a documentary by and about the Inuit of Labrador and the impact of caribou decline on them
Available on: CBC Gem
Info: www.inuitvoicesherd.com