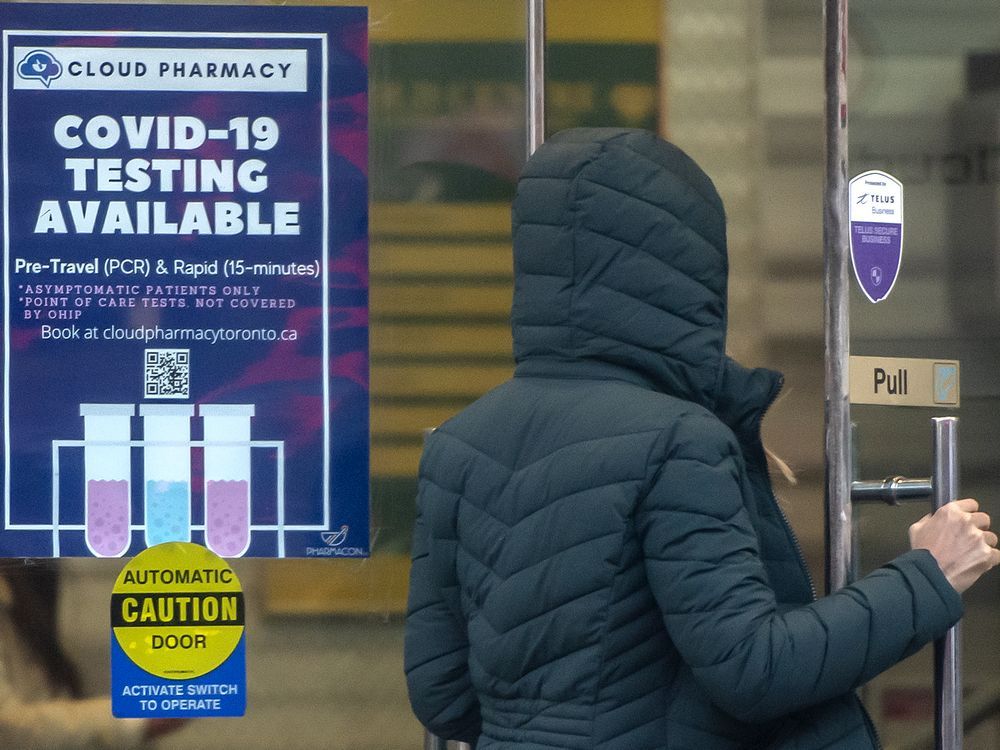 The Omicron wave has packed a disproportionate punch since it arrived in December, putting more children in hospital and causing more deaths and infections among some populations than at any time during the 25-month-long COVID-19 pandemic.

Its symptoms are generally milder than with previous variants — especially among people who are vaccinated. But Omicron transmits so quickly that more people were infected when it initially peaked in January than during previous waves, causing more disruption and serious illness among children, some rural residents and frontline workers, as well as others.

The majority of hospitalizations at CHEO for COVID have happened since Dec. 1, 2021. Most of the COVID-related deaths in Renfrew County have also occurred since then. There were also more infections among health-care workers and outbreaks in long-term care and hospitals during Omicron than any other wave.

Ontario’s COVID-19 Science Advisory Table estimates that between 20 and 30 per cent of Ontario residents were infected with Omicron during the first wave that peaked in January, which should provide added immunity.

Still, with a rapidly surging sixth wave now underway — partially fuelled by the even more transmissible BA.2 sub-variant of Omicron — many are worried that the province is in for another wallop. The serious impact of the first Omicron wave could serve as a cautionary tale.

There are already signs that the sixth wave of COVID-19 will be intense. Hospitalizations, case counts and wastewater signals are rising. There is a new round of outbreaks in long-term care homes and other congregate settings.

The current wave — characterized by Premier Doug Ford this week as a “little spike” — is likely to last until early May, if it follows the pattern of previous waves.

And, as the latest wave grows, so do visits to pediatric hospitals across the province.

Based on hospital admissions, Omicron has, so far, hit children harder than all other COVID-19 variants combined. Three-quarters of all the admissions to CHEO with COVID-19 during the pandemic have come during the Omicron wave, according to hospital spokesman Patrick Moore.

Last week’s COVID-positive admissions were the highest since January and early February, Moore said. On Tuesday, CHEO was caring for five children and youth with COVID-19 in in-patient units.

Province-wide, record numbers of young children have been hospitalized in recent days.

“Things are definitely on the uptick,” said Dr. Lindy Samson, a pediatric infectious disease specialist as well as chief of staff at CHEO. “In the past week, we have seen numbers similar to what we had seen in mid-January and early February.”

Samson said the number of children and youth coming to CHEO’s emergency department with COVID-like symptoms has been unprecedented in recent months. One-third of about 5,000 visits to emergency since January were for children with symptoms consistent with COVID.

“That is quite a few children.”

She said the number of children being admitted “for” COVID, as opposed to “with” COVID, has also gone up in recent weeks. Admissions with COVID mean there is another primary reason for admission, but the child or youth also tested positive for COVID. Samson cautions that in many of those cases, COVID likely exacerbated an underlying health issue and may have been behind the need for hospitalization.

Samson said she is not aware of anything showing that Omicron or the BA.2 sub-variant particularly targets younger children, making them sicker than with previous variants.

“It has to do with the number of people in the community that are infected,” making it harder for those who are not vaccinated to avoid it.

“Even if the virus is not more severe, the total number of people at risk for more severe illness is higher,” she said. That shows up in the number of children being admitted to hospitals.

More than two-thirds of all deaths in the county, with a population of 108,000, occurred during the Omicron wave. Before Dec. 1, there had been 11 deaths in Renfrew. Since then, there have been 26 deaths.

“We had done really well until December,” Cushman said.

But Omicron hit hard. The worst pandemic month in Renfrew County was January and the second worse was December, for the amount of severe illness.

Because of that, Cushman is watching the advancing current wave with some concern and advising residents to get vaccinated if they are not, and to continue wearing masks.

“As we go forward, you have to be very vigilant.”

Cushman is blunt about the province’s decision to drop mask mandates in March while Omicron was still circulating widely.

“I have always said that the province blew it. They were a month early.”

Cushman said the province should have waited until at least the end of April to lift most mask mandates (masks are still required in higher risk settings including hospitals, long-term care and on transit).

“We have been wearing masks for two years, why not wait for another few months?”

He said he wants to see vaccination rates increase, especially among younger people in Renfrew.

That high rate of infections during a relatively short time left hospitals and other institutions scrambling to fill staffing gaps. Ottawa area hospitals say they are again seeing high rates of staff being off related to COVID-19.

Outbreaks in hospitals, long-term care homes and other congregate settings also hit record highs during the Omicron wave and are, again, beginning to rise.

Earlier, Ontario’s COVID-19 Science Advisory Table predicted that Ontario would see a small wave after dropping pandemic restrictions and increased mobility, but it would not overwhelm hospitals.