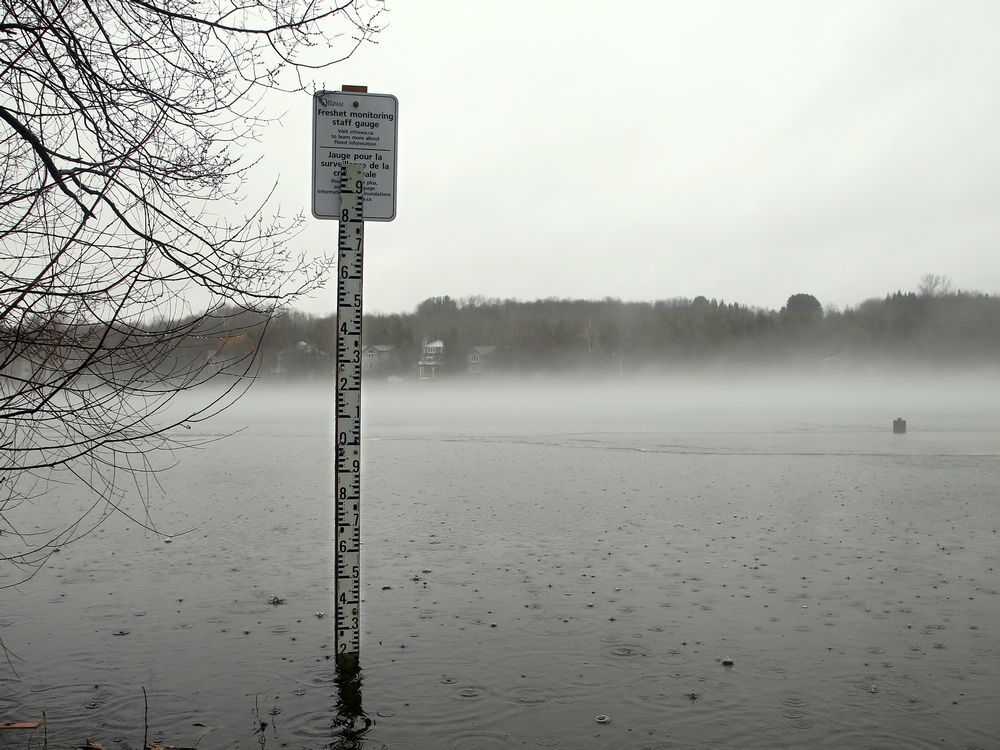 The spring freshet is beginning on the Ottawa River but the Rideau Valley Conservation Authority says that while the river is expected to rise over the next few days, the risk of flooding remains low so far for 2022.

Snow cover within the 146,300 square kilometre catchment basin is variable, with most of the snow already gone from the lower regions, the RVCA says in its Flood Outlook Statement released Thursday afternoon.

“Based on current weather forecasts, minor flooding may occur in low-lying areas generally susceptible to flooding along the Lower Ottawa River starting this weekend,” the statement said. “Levels are not expected to exceed the peak levels observed in 2020, and little to no impact to houses and buildings is expected. Water levels are currently expected to remain below major flood thresholds in all locations.”

But it’s still too early to give the all clear because of the possibility of more rainfall and snowmelt, the RCVA said.

“Residents in flood-prone areas are encouraged to closely follow changing conditions and to take necessary measures. Residents are advised to stay away from watercourses where flows are high and where banks might be unstable. Parents are encouraged to explain dangers to children.”

The statement applied to the lower regions of the river, stretching from Arnprior to Hawkesbury. It remains in effect until April 27.