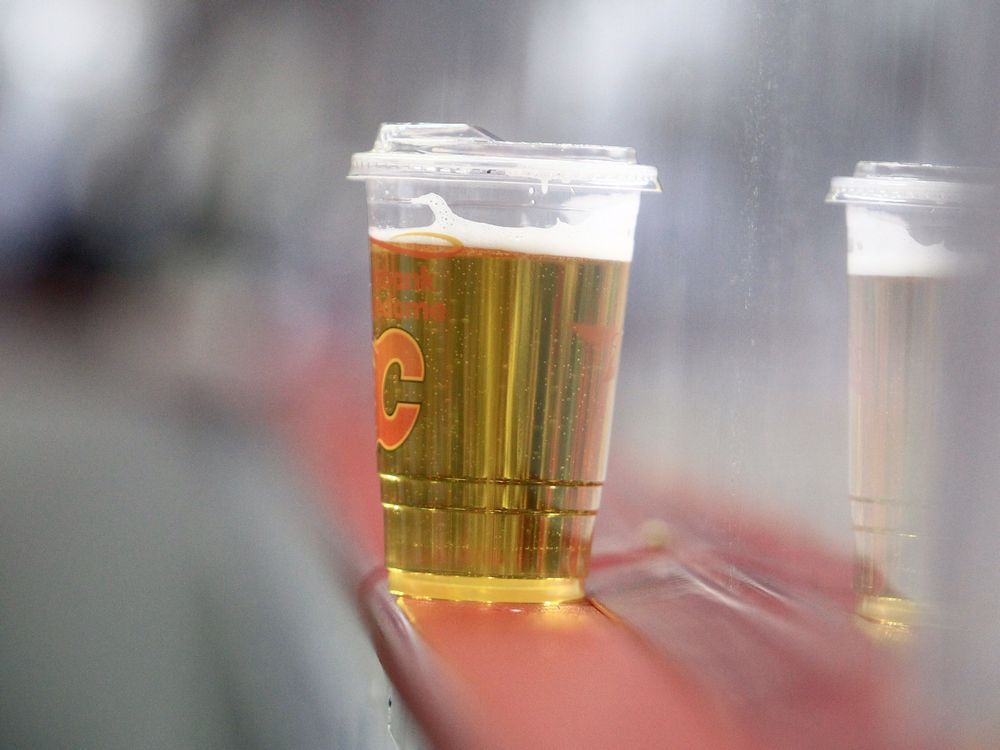 There’s no doubt that the Calgary Flames are hungry for a Stanley Cup win this time around, and we know their fans share that hunger.

However, as fans pack the Saddleome and the Red Mile, that hunger to win isn’t translating into a thirst for beer like it is in other markets.

In a survey of more than 1,500 NHL fans commissioned by online gambling site time2play.com, people self-reported to pollsters how many drinks they enjoy each game, and how much they spend on alcohol.

In drinks per game, Flames fans were the lowest of any Canadian team. According to the survey, people self-reported an average of 2.2 drinks per game, putting them tied for fourth-last place with the Anaheim Ducks. Flames fans, however, reported spending a little less than Ducks, averaging $25.30 per game, once the exchange rate was factored in. Fans in Anaheim reported spending $5.50 more.

The top three teams on the list were the Toronto Maple Leafs with 3.9 drinks averaged per game, followed by the Chicago Blackhawks (3.8) and the Tampa Bay Lightning and Colorado Avalanche tied for third (3.7).

Leafs fans also reported spending the most per game on alcohol, with $58.50 reported. Drinks must be much cheaper in Chicago, where Blackhawns fans reported only $36.10 per game for almost the same number of drinks.

The Oilers were much closer to the top of the list. They tied with the Pittsburgh Penguins for the fifth spot, with each reporting an average of 3.5 drinks per game viewing.

The survey was conducted in April and had 1,584 respondents over the age of 21 living in the U.S. and Canada. The average age of respondents was 34.9 years old. A margin of error was not provided as it was not a scientific poll.