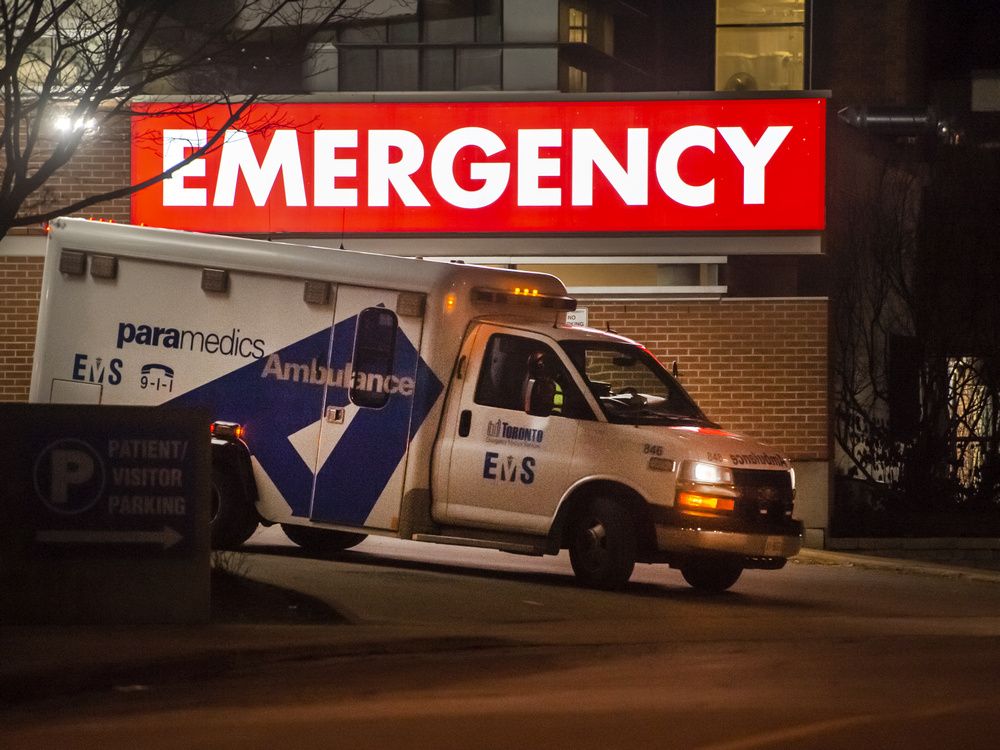 It has been a rough week for hospitals, with reports of at least 14 emergency rooms and ICUs closed across the province over the long weekend and others at or near capacity as an overloaded health-care system struggles to keep up with demand.

“We were experiencing shortages before the pandemic. We have gone from bad to worse. It’s beyond a crisis now,” said Rachel Muir, a nurse at The Ottawa Hospital and president of the local bargaining unit of the Ontario Nurses’ Association.

At the Queensway Carleton Hospital, the vacancy rate for registered nurses, registered practical nurses and personal care assistants is 17.5 per cent.

“In raw numbers, we had an average of 156 vacancies over the last quarter. Specialized areas like OR and surgery continue to be the most difficult to recruit for. Staffing is certainly the biggest challenge we face,” said spokesperson Ann Fuller.

“Staffing is often an issue in the summer months as health-care providers take well-earned and much-needed time off. It’s more challenging today as EDs (emergency departments) face the cumulative effect of consecutive years of a pandemic along with planned vacations,” she said.

This week, Premier Doug Ford told reporters he’s throwing “everything and the kitchen sink” at the problem, including streamlining licensing for internationally trained nurses.

But it is going to get worse before it gets better, warned Ivy Bourgeault, Research Chair in Gender, Diversity and the Professions at the University of Ottawa. “This has been left too long.”

Bourgeault compares the issue to the flow of blood from a gaping wound. The blood has to be replenished, but the blood loss also needs to be stopped — the strategy needs to have multiple interventions. The first order of business is being proactive to retain staff, as well as re-engaging those who have left in the past three years, she said.

The province needs to strike a task force with all of the players at the table, from the premier to nurses, said Bourgeault.

“It can’t focus on problems and laying blame. Everyone has a hand in this. Everyone has to pitch in,” she said. “We need everybody in the ship, and we need to row in the right direction. We did it in response to the pandemic. We moved mountains and we can move mountains again.”

Here are five things that could help with recruiting and retaining health-care workers:

Beyond the provincial lens, the health-care workforce issue has a national and international scope, and Canada doesn’t have a national workforce strategy.

“We haven’t had a strategy since 2007,” said Bourgeault. “Back in 2019, health professionals were burnt out beyond belief. The writing was on the wall. We absolutely need one.”

The strategy needs to be adaptive to recognize where people are being lost along their career pathways and where and how they can be drawn back into the workforce.

Canada has very few health workforce researchers who produce information that decision-makers can use, said Bourgeault, who points out that the construction industry has BuildForce Canada, which studies and forecasts long-term labour market trends.

A national strategy has to be transparent and accountable. Data is not perfect, but some information is better than no information, said Bourgeault.

“We are asking decision-makers to make decisions with no information. The lack of information is egregious.”

Health-care workers can be lured by greener pastures elsewhere. Ontario’s 2019 Bill 124, Protecting a Sustainable Public Sector for Future Generations Act, is a sore point with nurses.

The act caps annual public-sector salary increases at one per cent while inflation and interest rates are rising far faster, said Doris Grinspun, CEO of the Registered Nurses’ Association of Ontario.

“The real wage rate fell 8.6 per cent over the past two years,” she said.

Speaking to reporters earlier this week, Ford said when Bill 124 expires, hospitals will be able to negotiate new contracts with nurses. But Grinspun said it’s unclear when the bill will expire.

“Patients will expire before the bill expires,” said Grinspun. “It’s not fear-mongering. When people need to go to an ICU or a trauma centre, every second counts.”

Nurses were getting an up to $5,000 “retention bonus,” equivalent to 7.6 per cent average increase, according to Ford.

But nurses have argued that they haven’t seen the second installment of the bonus — and some say they have not received any of it. A bonus is also not a permanent raise. After taxes, nurses are only getting about $3,000, said Grinspun.

The College of Nurses of Ontario is working on updating the way applicants can meet the nursing registration requirements. The college has announced it is implementing efficiencies in how it assesses applicants’ information and improving the time it takes for an applicant to become eligible to register.

The college is also updating policies related to four requirements including language proficiency, evidence of practice, nursing education and a police criminal record check. These requirements will remain in place, but options available to applicants about how they satisfy the requirements are being updated.

Even so, the newly registered nurses may fill only a small portion of the province’s needs. In the past, the college has processed between 1,000 and 1,500 nurses a year, said Grinspun. Last year, about 2,000 nurses were processed. Since the beginning of this year, it has been about 4,300.

There are also ethical questions about luring nurses to Canada from other countries. The Registered Nurses’ Association of Ontario does not support “poaching” nurses, said Grinspun.

Bourgeault points out that the Philippines, India and Jamaica, some of the main sources of foreign-strained nursing graduates, have faced their own nursing crises.

More spaces are opening up to educate health-care workers, but it’s a process that will take time.

Ontario announced in March that it’s opening a new medical school on the Scarborough campus of the University of Toronto in partnership with the university’s faculties of medicine and nursing. It will graduate up to 30 physicians, 30 physician assistants, 30 nurse practitioners, 40 physical therapists and 300 life sciences undergraduates a year.

Universities are prepared to expand by at least 880 nursing spaces in all of 2022, with potential further increases in the future, according to a report released earlier this year by the Council of Ontario Universities. As of March 2020, there was a 35 per cent increase in applications so “there is no shortage of qualified and interested applicants to fill these new spaces.”

Meanwhile, if the province wants to keep nurses and increase the workforce, it needs to help them build their careers, said Grinspun. But she also warned that some nurses are tempted to use Ontario as a launching point to other jurisdictions which pay better.

She recommends that the provincial offer to cover additional tuition to bridge between credentials — from PSW to registered practical nurse, for example — require that the nurse agree to remain in Ontario for one or two years as part of the deal, and the tuition is not paid until after that obligation is met.

“You can’t keep people forever. But I bet they will stay,” said Grinspun.

Planners need to use an equity lens when considering the health-care workforce. Between 82 and 85  per cent of the workforce is comprised of women, said Bourgeault.

Women, who often have child-care and elder-care responsibilities, want flexibility in their work, she said.

“Many of the things they want are not about money, but about support.”

A significant proportion of the workforce is racialized, but the numbers are not available, said Bourgeault. It’s one of the blind spots in the system.

Nurses want better work-life balance and they want to feel valued, said Muir of the Ontario Nurses’ Association. One local member recently told Muir she had worked 16-hour shifts for 11 out of 14 days.

“People want time off. They want days where they are not being called in to work,” she said.

“We have been lauded as heroes. But we have been told we’re not really worth it,” she said. “It’s humiliating. If you are undervalued, you won’t stay.”