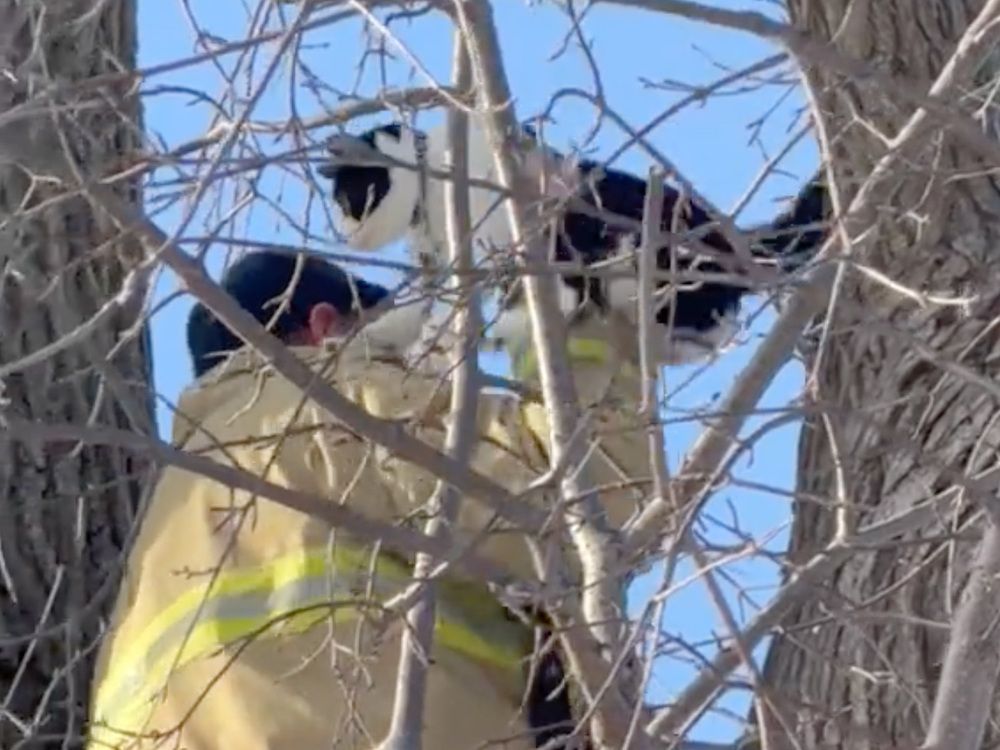 A Trump Avenue resident saw the cat in the tree along the Experimental Farm pathway and called for a rescue after the feline failed to free itself.

A cat nicknamed “Skull and Bones” for the image on its collar lived another day Monday after being rescued from 30 feet up a Carlington neighbourhood tree where it had been trapped for seven hours.

“Yay, hero!” was the call from a crowd of onlookers that had gathered to watch as the black-and-white cat was lifted to safety by a Station 23 firefighter picked for his long reach.

He needed some feline befriending skills, too, because the frightened cat was initially all claws.

“Firefighters don’t save cats from tr…” quipped Ottawa Fire Services, which has the ladders and know-how to make a rescue safely — unlike a citizen who’d risk injury.

In this case, a Trump Avenue resident saw the cat in the tree along an Experimental Farm pathway and called for a rescue after the feline failed to free itself.

This was clearly the happy ending beleaguered Ottawans needed now: reaction was just as rhapsodic on social media.

“Cuz even I need a timeline cleanser,” joked one Twitter user, adding #OttawaStrong.