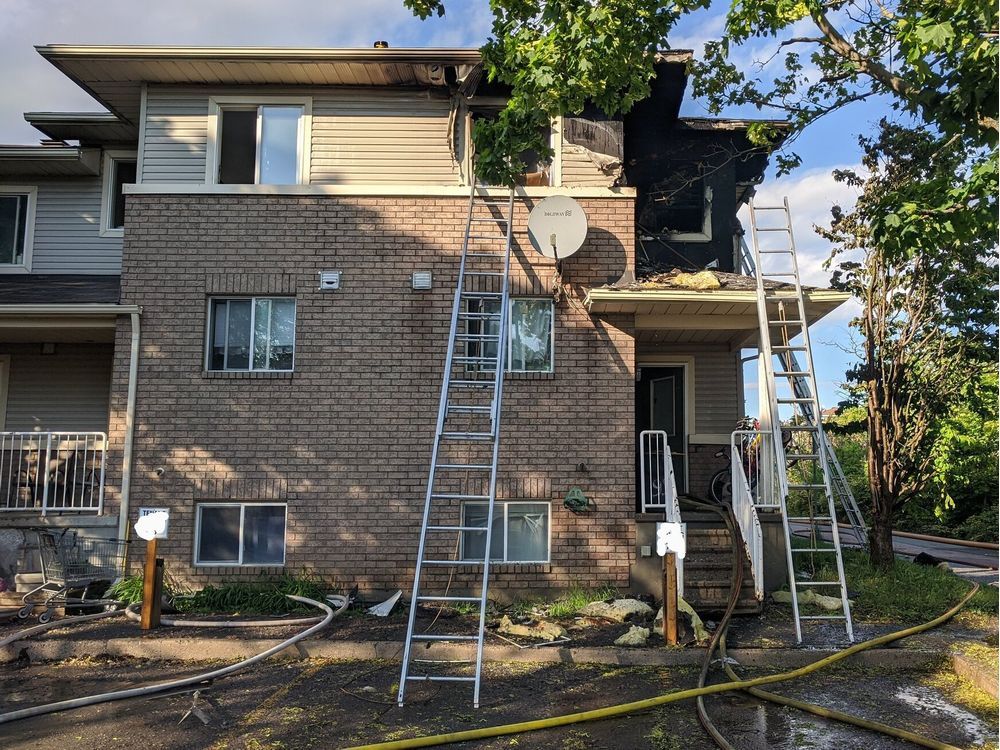 Ottawa firefighters responded to a blaze on MacNeil Court late Sunday afternoon after receiving multiple 911 calls reporting heavy, black smoke and flames in the second storey of a rowhouse.

The fire, which Ottawa Fire Services said had apparently started in a second-floor bedroom, had extended into the ceiling and attic of the Kanata home by the time crews arrived.

Ottawa fire reported that all of the home’s occupants had made it out safely.

A fire investigator was dispatched to the scene to determine a cause.