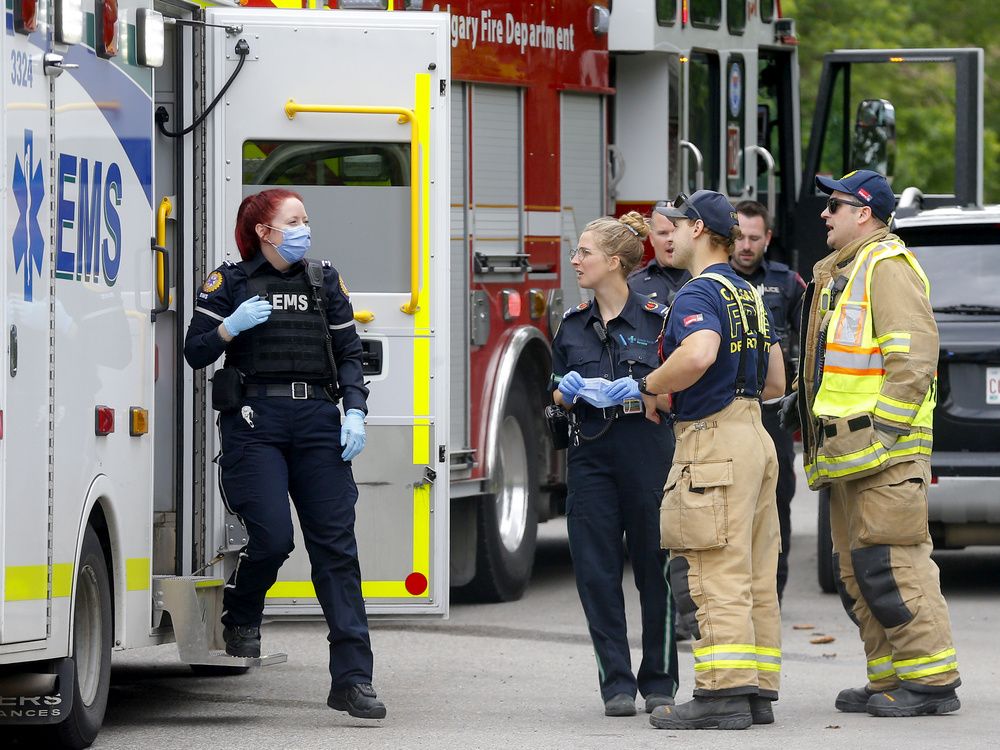 A firefighter was injured after being dragged by a fleeing stolen vehicle on Saturday.

Calgary police responded to reports of a single-vehicle collision around 12:30 p.m. Saturday in the 100 block of Bermuda Drive N.W. While providing assistance at the collision a Calgary Fire Department member was dragged by the vehicle as the driver attempted to flee the scene, a CPS release said. The firefighter was taken to the hospital with minor injuries.

Calgary police then deployed a HAWCS helicopter to find and monitor the driver in the stolen vehicle. The vehicle was found and officers took one suspect into custody and confirmed the vehicle was stolen.

Charges are pending against the suspect and the investigation is ongoing.

Insp. Jeff Pennoyer of the Calgary police real time operations centre said the driver showed little regard for the safety of the public or first responders.

“In incidents like these, our priority is always to ensure public safety first,” said Pennoyer. “The driver demonstrated little regard for the safety of both the public and our fellow first responders, and as such, we dedicated resources from across the Service to safely resolve this incident.”