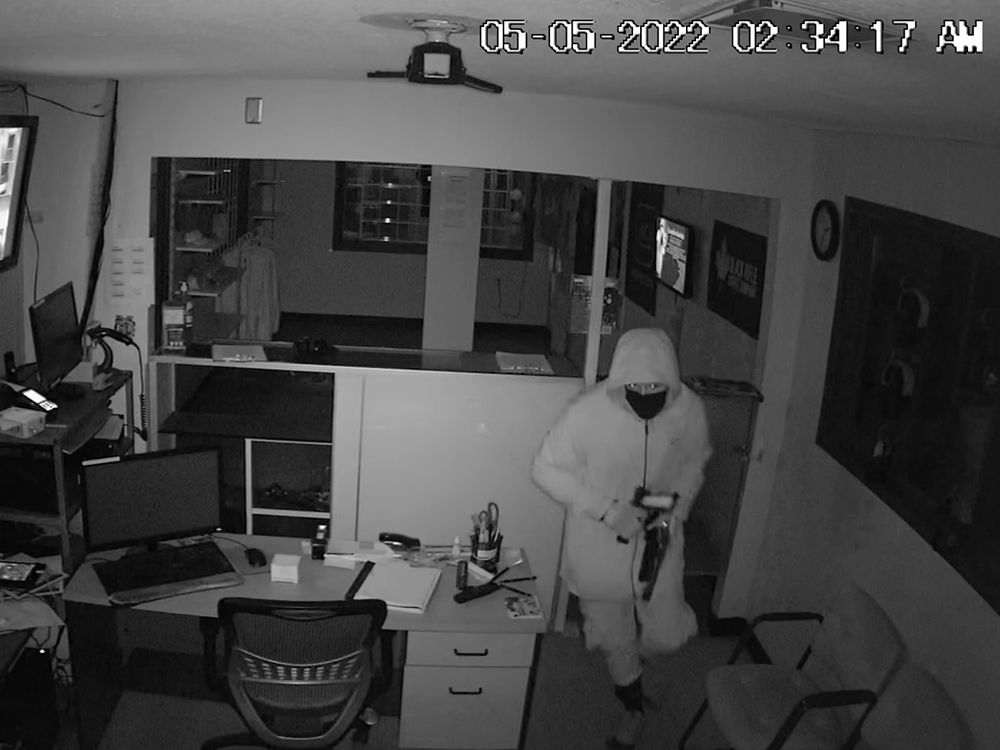 Several restricted firearms were stolen from a gun club in southeastern Alberta during a break and enter Thursday morning.

RCMP were called to the break and enter in Dunmore around 7:15 a.m. on May 5 after the owner of the club had found an overhead door has been smashed and the building had been entered.

Police say several restricted firearms were stolen during the robbery.

A two-door G6 Pontiac with a missing bumper was used by the thieves. Police have recovered the vehicle and determined it was stolen but are asking anyone who may have seen it in the area of the gun club on Thursday to contact them.

Anyone with information regarding the break and enter are asked to call Redcliff RCMP at 403-548-2288. Anonymous tips can be submitted to Crime Stoppers.