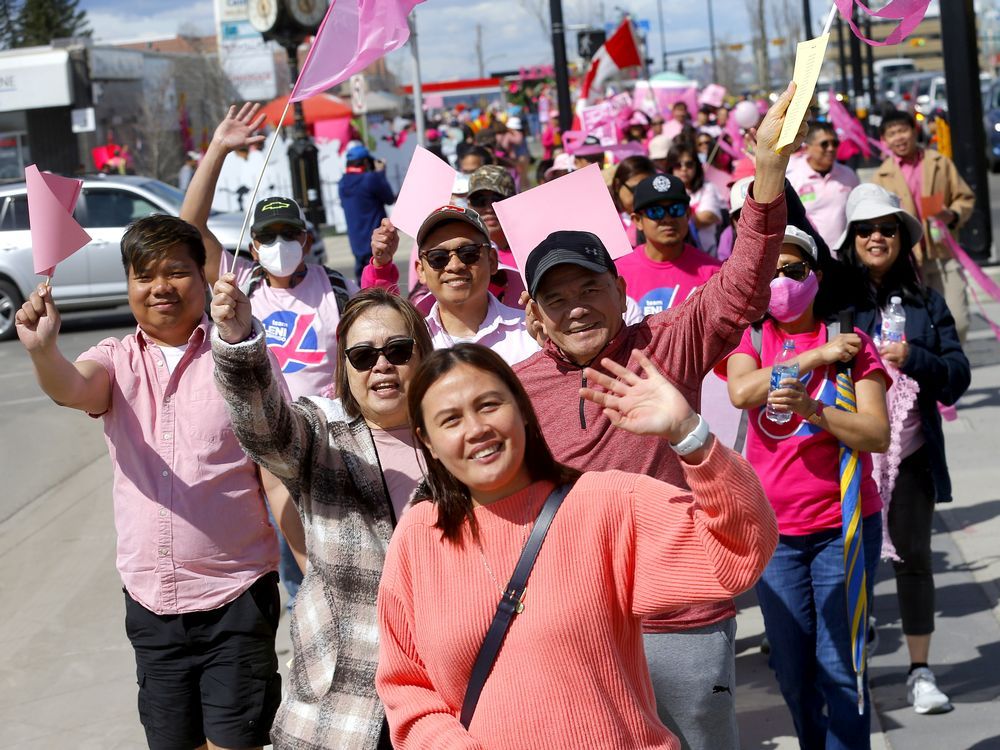 Antonio Gerona organized the Calgary rally for his sister Leni Robredo, the vice-president of the Philippines.

Hundreds of Filipino-Calgarians rallied down International Avenue Saturday to support a candidate in the Philippine election with a local connection.

Antonio Gerona organized the rally for his sister Leni Robredo, the vice-president of the Philippines, who has eyes on taking over the country’s top political office after election day on Monday.

Robredo has run what has been described as a grassroots campaign with her team focusing on door-knocking and using public flash mobs to drum up support. She has recently polled as a distant runner-up behind Ferdinand Marcos Jr., the son of former dictator Ferdinand Marcos Sr.

Gerona said many people in the Filipino-Canadian community are allowed to vote through absentee ballots, with large parts of the community already having cast a vote. He said there were between 250 and 300 people who attended the rally Saturday in southeast Calgary.

“It is totally unexpected for these people to come here,” said Robredo. “A lot of people came from Edmonton, Airdrie, and other places in Alberta.”

He said they will all be watching the election results over the weekend and into Monday to see who takes power in the Philippines. He said the election could help build relationships between the Pacific nation and Canada, depending on the results.

Robredo said he believes the Calgary campaign was a success but that they will have to wait to see how voting day goes next week.