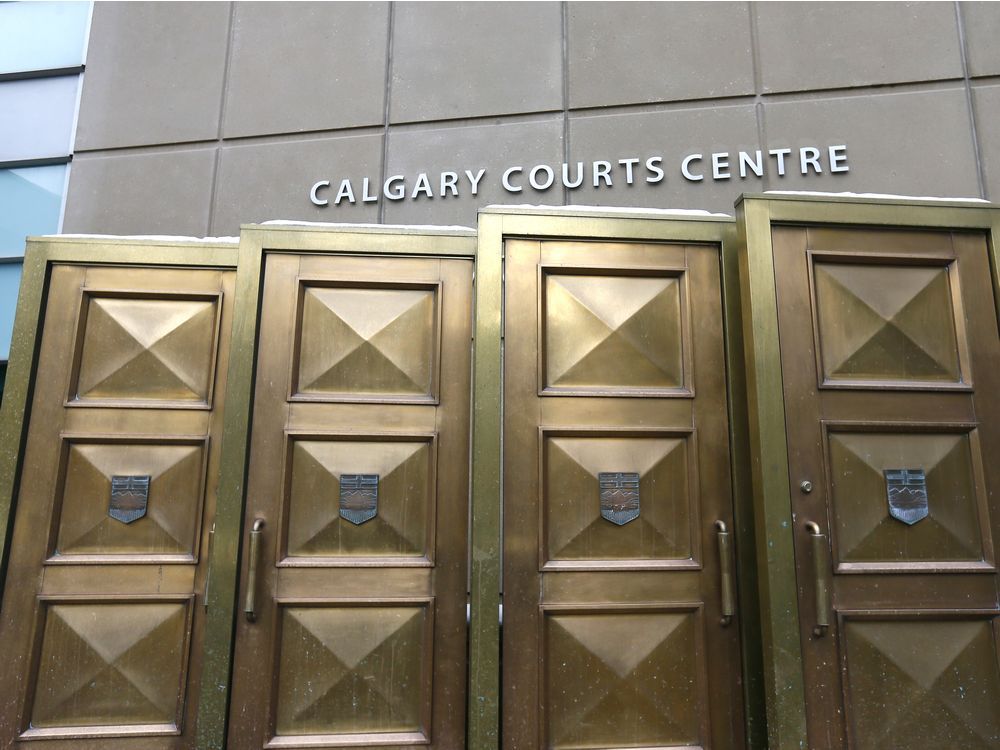 Scott Wilson, in his opening address before Justice Susanne Bensler, said the Crown intends to establish Goodeagle, 33, was the victim if a planned and deliberate murder.

“In the early morning hours of Jan. 5, 2020, Karson Isaac Goodeagle was found in the middle of the road on 11 Ave. near Centre St. in southwest Calgary,” Wilson said.

“He was alive, but bleeding from several wounds and he was in medical distress.”

Wilson said despite attempts at medical intervention after Goodeagle was transported to hospital he succumbed to his injuries.

Following his death, police searched the area for closed-circuit TV footage from neighbourhood businesses, including one showing the parking lot of a Circle K store.

“Some show what appears to be a bloodied Mr. Goodeagle walking around moments before he was found,” Wilson said.

“Video pulled from other locations, specifically a Circle K parking lot, depict an attack on Mr. Goodeagle by four individuals,” the prosecutor said.

“All four are directly involved in the assault and all four participated in the pushing, punching, kicking, striking and what the Crown will submit are stabbing motions upon Mr. Goodeagle, who does his best to flee, but is overpowered.”

Bensler rejected a defence application to exclude the video evidence, which was seized without warrant, as a violation at the accused’s expectation of privacy.

“In this day and age there is very little expectation of privacy in public areas,” she said.

Three of Goodeagle’s alleged assailants are on trial for first-degree murder in his death.

Wilson said the prosecution will call an eye witness who witnessed the attack and who knew Jones and Turner.

“He was present when the assault was initiated and (will testify) that Turner and Jones called for Mr. Gabad and Mr. Noskiye to come to the front of the Circle K in order to do a hit on Mr. Goodeagle in a planned and deliberate attack,” he told Bensler.

Wilson said even if the Crown can’t prove the deadly attack on the deceased was part of a planned assault, he and co-prosecutor Ken McCaffrey will argue Goodeagle was confined, making the murder first-degree for that reason.

“The Crown hopes to prove all the accused were either principals, or parties to the attack.”

Meanwhile, medical examiner Dr. Bernard Bannach testified the cause of Goodeagle’s death was blood loss due to multiple stab wounds.

Bannach said Goodeagle also suffered other wounds to his head and other parts of his body.