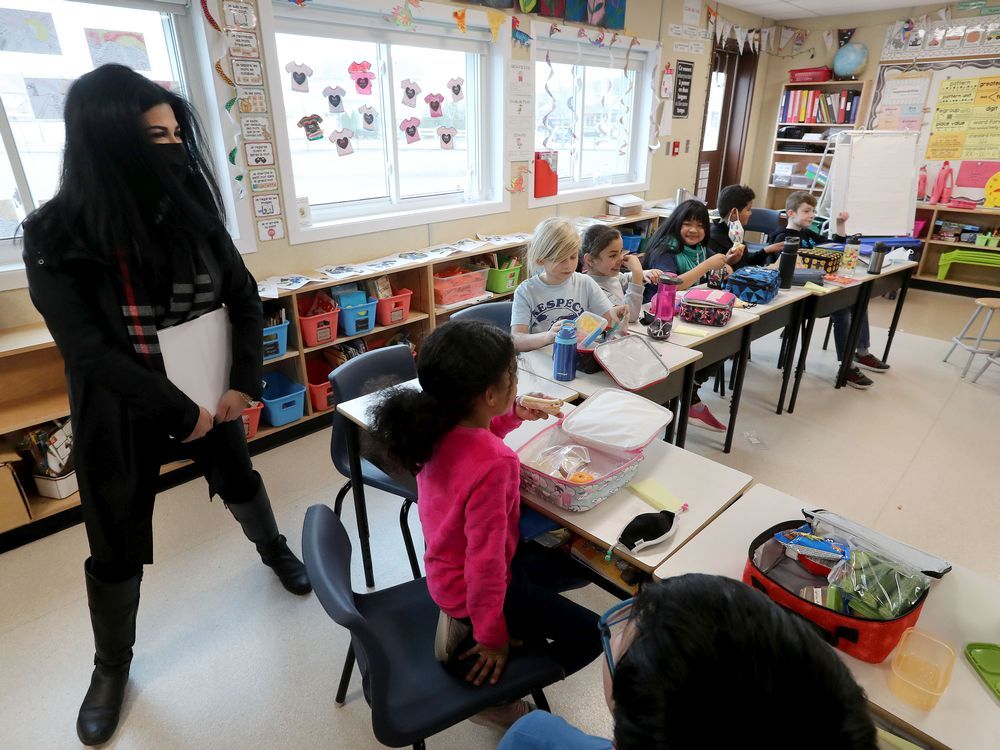 New elementary schools will be built in the fast-growing Riverside South and Findlay Creek neighbourhoods, the province announced Thursday.

The new school will have 674 student spaces and 39 licensed child-care spots.

A new $15.2-million school in Riverside South will have space for 507 students and 39 licensed child-care spots, she said.

The new school in Findlay Creek will be built at the southeast corner of Miikana Road and Kelly Farm Drive, about a kilometre from Vimy Ridge.

Parents have been lobbying for another school.

Vimy Ridge is at nearly double its capacity. There are 17 portable classrooms in the yard.

The school was built for 647 students but enrolment was 1,081 as of late last year, according to a school board report.

There is no running water for students to wash their hands. Hand sanitizer is available, but it’s not as good as soap and water.

Fawal says his family has taken to packing lunch food for his two children that can be eaten with a fork or spoon.

Students in portable classrooms also have to go to the main building to use the washroom, which in the winter includes putting on a parka before schlepping across the school yard.

Another concern for parents about the overcrowded school is traffic congestion on Kelly Farm Drive, which is also used by many commuters in the neighbourhood.

“The traffic is horrendous,” says Ajwari. “Parents dropping off their kids, people trying to get to work. We have school buses, OC Transpo, garbage trucks. Everything gets stuck, every morning and afternoon.

The neighbourhood near Bank Street and Leitrim Road has been growing quickly and schools haven’t kept up.

If projections are accurate, the new school will be full immediately.

The school board report estimated that by 2023-24, enrolment at Vimy Ridge would increase to 1,370 students. Vimy Ridge and the new school to be built will have a combined total of 1,321 spaces.

“With unpredictably explosive residential growth in parts of Ottawa, it is challenging to keep up with the need for new schools for the OCDSB,” said Lynn Scott, chair of the Ottawa-Carleton District School Board. “A second public school in the Findlay Creek community is urgently needed and we are delighted that a new elementary school will now be funded.”

The province also announced in December that a new English Catholic elementary school for 507 pupils will be built in Findlay Creek.

In Riverside South, the new English Catholic school will be built at the northwest corner of Brian Good Avenue and Solarium Avenue.

The Ontario government announced Thursday nearly $500 million for 37 school projects across the province in 2022-23. The list of projects was not made available because each one will be announced locally by the MPP and school boards.