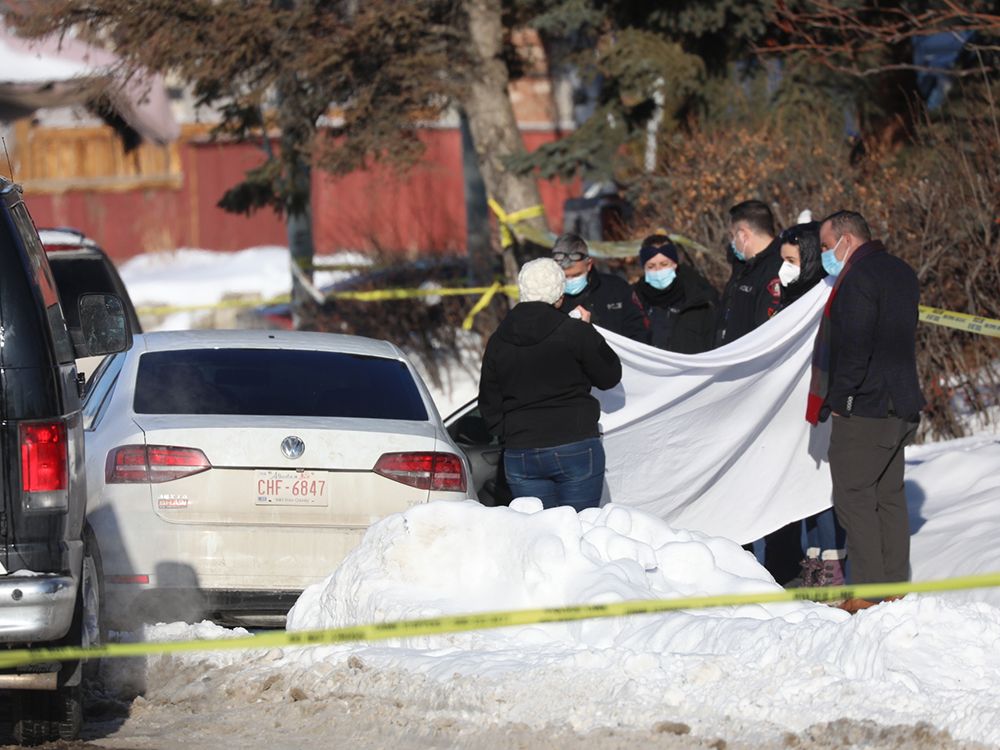 Police and the families of two young men gunned down on a northeast Calgary street are urging the public to supply the final pieces of evidence to make arrests.

Their bodies were found in the vehicle at 9:20 a.m. the following morning after someone noticed the car’s engine had been suspiciously left running.

Police say they believe the two were targeted by someone they knew in what they’re calling an organized crime hit and have identified suspects in the case after poring over hundreds of hours of surveillance camera footage.

“We are looking for the final piece of the puzzle to be able to lay charges in this case,” said Staff Sgt. Martin Schiavetta of the CPS Homicide Unit.

“That last little bit of information is all we need, and we know that someone out there has it.”

He said investigators believe the suspects have been brazenly touting their crimes on social media sites.

“We also know the suspects are using social media to brag about their offences which we’re also capturing – people may have more information regarding that context,” said Schiavetta, adding a motive for the shootings has yet to be determined.

Those sentiments were echoed by the families of both men, who say the suffering of losing loved ones has been compounded by a lack of justice.

“Nothing pains us more than knowing the person who did this is walking around freely, speaking on what he’s done and mocking both families via social media, and yet no arrest has been made,” said the Kogalt family in a statement.

“So again, we kindly ask, if you have any information that can help the investigation, please speak up in the name of justice.”

Others could be at risk if no arrests are made, said the Akoar family.

“We worry for other families who may also suffer at the hands of Cody and Kuanyliet’s murderer,” they said in a statement.

“Cody’s death was not an accident, it was an intentional act of cruelty and we struggle to sleep knowing somewhere, the person responsible for taking two lives is carrying out their life without consequence.”

Both men were loved by their families, who’ve been robbed of a future with them, said the Akoars.

“Cody and Kuan will not have the chance to experience the rest of this world past their young age,” they said.

“Cody was a very kind hearted kid with a sense of humour and positivity. Cody loved his family and friends dearly.”

Family members say Kogalt, known as Kuan to his friends, was a talented basketball player who loved music and spending time with family, including his young son.

Since those killings, city police have been inundated with shootings and homicides, both at rates double this year compared to the same time period in 2021.

“Addressing gun violence continues to be a priority for the Calgary Police Service,” the service said Tuesday.

A key to preventing and solving such crimes is stepped-up public assistance in identifying risks and suspects, say police.