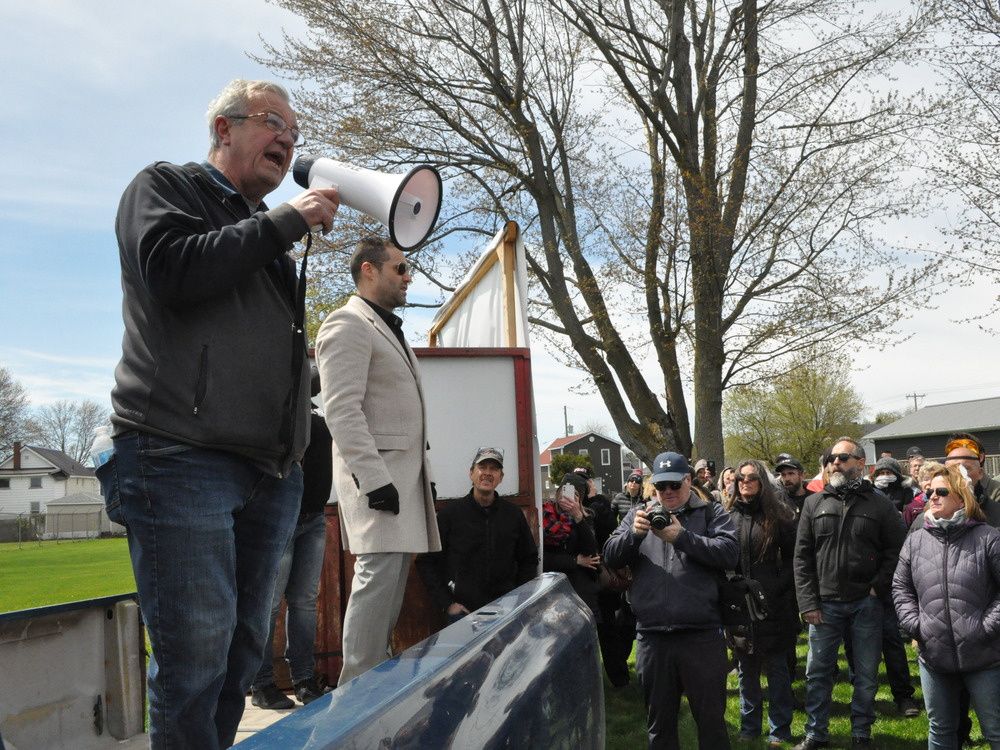 CORNWALL — The provincial offences court hearing into charges against six anti-lockdown protestors in Cornwall has been delayed yet again as lawyers for some of the accused are seeking a hearing before the Superior Court of Ontario to have the charges dropped.

Six anti-lockdown protesters in Cornwall charged in the spring of 2021 had their latest virtual appearance in Stormont, Dundas and Glengarry Provincial Offences Court on Tuesday morning.

During the hearing, the clerk indicated that a seventh person originally charged, Sarah Choujounian, had the charges against her struck early in the spring.

During Tuesday’s hearing, Naimi told court officials that earlier this month he served notice of application to Superior Court in Toronto to have the charges dismissed based on the Charter of Rights and Freedoms.

Naimi and co-counsel Sayeh Hassan and Henna Parmar are lawyers for the Justice Centre for Constitutional Freedoms, which is defending Hillier on the charge laid in Cornwall as well as those laid in connection with a similar protest held in Brockville.

In a June 9 post on the centre’s website, the trio said it had filed a challenge to the Ontario government’s health orders and legislation created during the COVID-19 pandemic that led to stay-at-home orders and other restrictions. They’re arguing these bills, regulations and orders infringed upon Charter rights to peaceful assembly and freedom of expression.

Gatien said he’d be filing a similar application and expected to have materials completed by the end of this week. Demellweek and Nagle also indicated they’ll each bring a motion.

The justice of the peace adjourned the matter of the motions until Aug. 23 and acknowledged there could be further developments when the next pre-trial hearing between the court and the defendants’ lawyers is held on July 13.

It was 14 months ago when 150 individuals attended an anti-lockdown protest outside of Cornwall’s Eastern Ontario Health Unit facility.

Seven of the attendees at the May 1, 2021, protest were later charged, and the process has slowly been making its way through the backlogged Ontario Court of Justice provincial offences system.