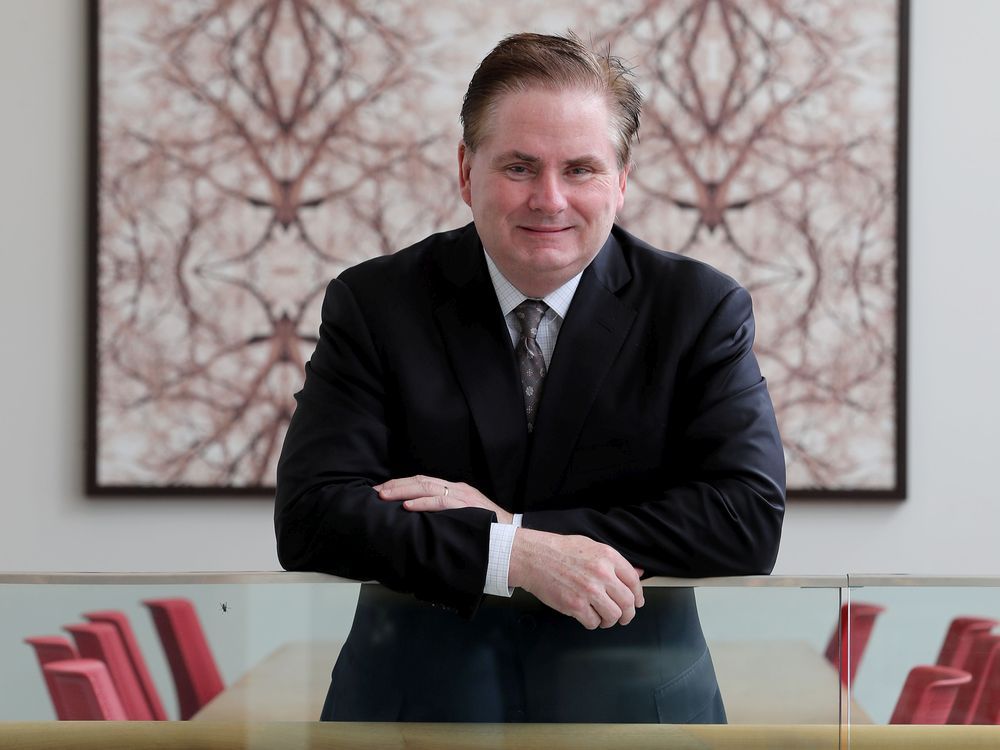 “I love the challenges, and this election more than most, there’s been more challenges than ever,” Essensa, Ontario’s chief electoral officer, said during an interview at an Ottawa hotel as he toured the province in preparation for the June 2 provincial election.

“I love having to firefight sometimes. Sometimes we have to deal with some policies. Sometimes we have stakeholder groups that are less than enthralled with what we do. But at the end of the day, what I’m most proud of is, do we maintain the standards of the core covenants of our democracy — integrity, transparency, one vote per voter, secrecy of the ballot, fair and level playing field? That’s what Ontarians expect of us, those covenants that our democracy sits on, that we maintain those to the highest standard.”

“Obviously there are questions about COVID,” Essensa said. He has been meeting with provincial health officials regularly since 2020, and in January 2022 those meetings increased to biweekly, and then recently, to weekly.

Essensa has told staff, “We’ve got our masks, we’ve got gloves, we’ve got hand sanitizer. We have more Lysol wipes than anyone in the province. We have the shields that the feds used between the elector and the poll worker. That’s all on your skids. That’s coming to you.”

Solid plans can evaporate quickly during the uncertain trajectory of the pandemic, but Essensa believes his election team is nimble.

Last December, Essensa was ready to do in-person training with staff, with days of hotel rooms booked and sessions prepared, only to cancel it and move to online training when Omicron swept through the province.

Fortunately for Elections Ontario, COVID-19 arrived in the middle of an election cycle and during a majority government. There was no threat of launching a general election at the height of the pandemic.

The agency has since benefited from seeing how other provinces, and the federal government, ran elections during a public health crisis.

Essensa, who has been involved in administering elections since 1985 and is going into his 15th year as the head of Elections Ontario, said the challenge that has come with organizing a pandemic-era election has been “invigorating.”

“There are so many different moving parts, and as the virus has moved and the waves have moved and policy has shifted, we have had to build all these contingencies as to what we’re going to do and how would we react,” Essensa said.

He’s motivated by giving voters more opportunities to cast their ballots, even well before Election Day.

An elector can visit any returning office in the province to vote, he said. Another option allows people to start requesting vote-by-mail applications right away. Essensa has also advocated for more advance poll days so voters have more flexibility, especially if they live far away from their Election Day voting locations.

If people can’t physically attend a voting location, Elections Ontario can come to their homes with a curbside voting service, which has been growing in popularity since it was introduced in the 2011 election.

“Programs like that, I’m absolutely thrilled with,” Essensa said.

“Your voting experience becomes so easy,” Essensa said. “When you show up at the polls, we can service you so much more effectively and efficiently.”

The last thing Essensa wants to see is people going through a rigamarole trying to vote.

Asked to describe what Election Day looks like for him, Essensa says it’s “crazy.”

“I literally, quite honestly, sleep in my office the night before,” he said. “There’s always issues. We have 55,000 people working for us, 7,000 locations. We have issues on top of issues. My day starts very, very early, probably about 4 a.m., and goes until very late at night.”

Essensa said there’s never been an election where he hasn’t had to quickly move a poll for various reasons — gas leaks, fires, police investigations in the area — and he must authorize those changes.

Essensa said he doesn’t use voter turnout as a measure of success. In the 2018 election, the rate was 57 per cent, which was better than the three previous provincial elections.

“My real goal is to ensure every Ontarian knows everything they can about what their options are so they can make an informed choice,” Essensa said.

As for voting himself, Essensa doesn’t do it, following convention as the election referee.

Is it a strange feeling not voting?

“I must say, it puts into perspective the value of voting,” he said. “I take much more seriously my ability to vote municipally and federally.”