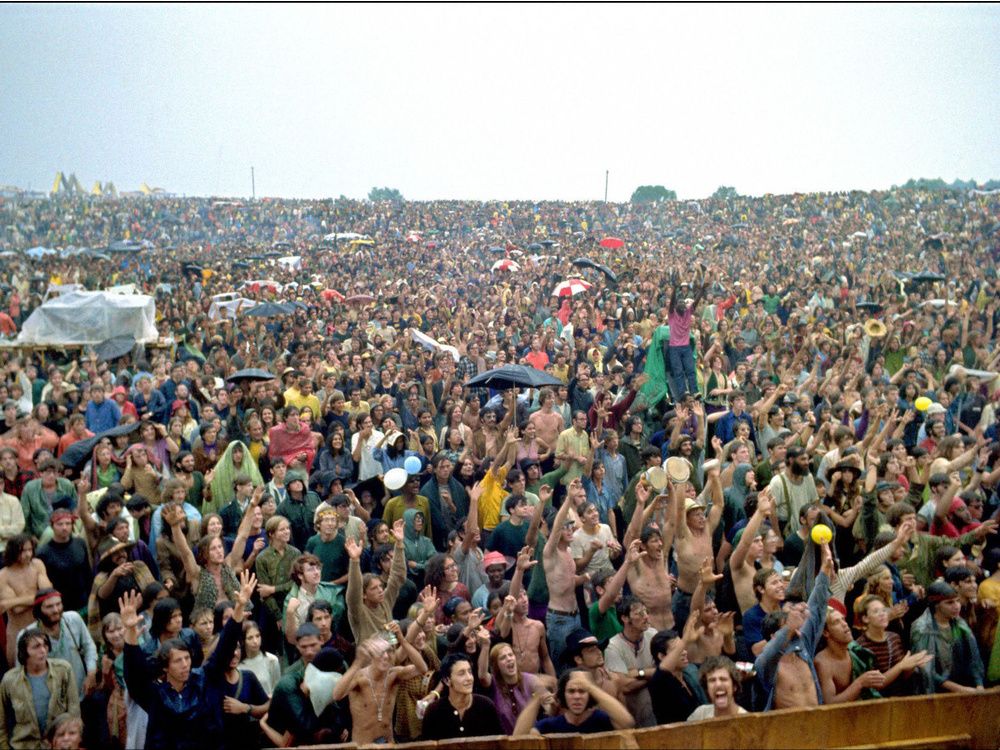 On Aug. 15, 1969, the Woodstock Music and Arts Fair began on Max Yasgur’s farm near Woodstock, New York. The festival became a turning point for how rock music was viewed, how a make-love-not-war counterculture generation defined itself, and how people gathered for massive music festivals.

Woodstock by the numbers:

19: Rolling Stone magazine named Woodstock moment number 19, in a list of moments that changed the history of rock and roll.

50,000: The number of people organizers originally thought would attend.

3: The number of days the festival was scheduled to last; it spilled over, however, into the morning of the fourth day, Aug. 18.

32: The number of acts which performed at the festival.

742: The number of drug overdoses recorded at Woodstock.

10,000: The number of dollars paid to the first act to sign up for the event  — Creedence Clearwater Revival.

18: The number of dollars an advance ticket cost to attend the festival; ticket cost at the gate was $24. However, as the venue was changed near the festival date, difficulties increased regarding installation of fences and ticketing areas and thus Woodstock became free.

6: Number of months pregnant Joan Baez was when she performed at Woodstock. Other performers included Santana, Grateful Dead, The Who, Janis Joplin, Sly and the Family Stone, The Band, Jimi Hendrix, Joe Cocker and Blood, Sweat & Tears.

Today, the festival site is part of the Bethel Woods Center for the Arts, which includes an outdoor amphitheatre, museum and an arts education conservatory. In 2017, the Woodstock Festival Historic Site was listed on America’s National Register as being nationally significant under the category of “Social History and Performing Arts/Music.”