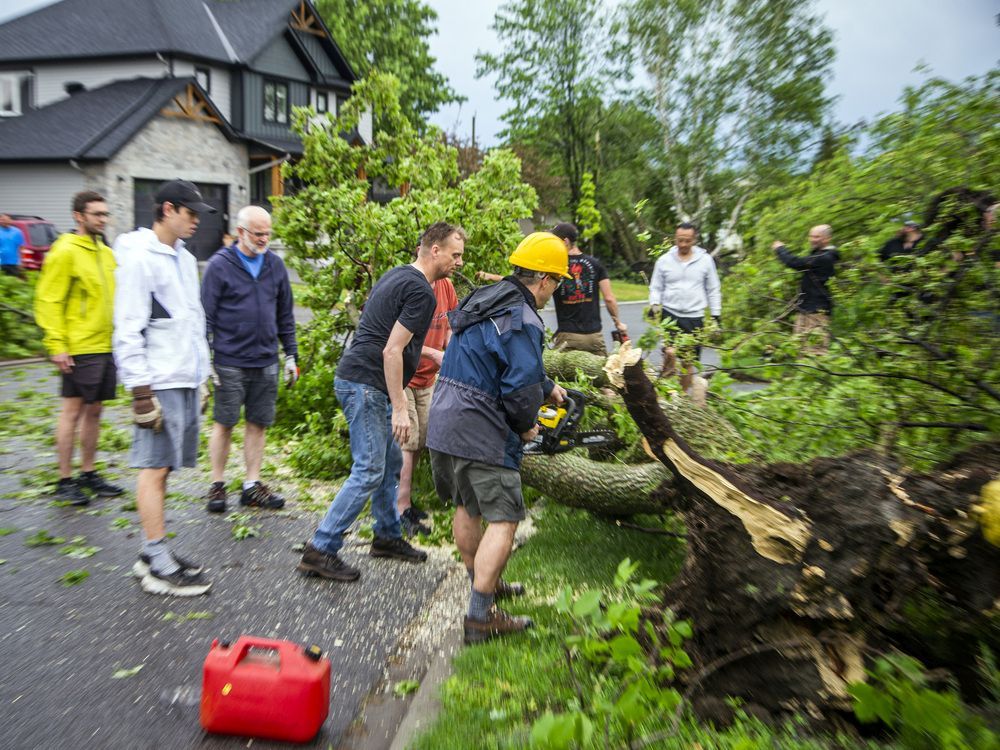 While action is essential at a macro level, acts of kindness and neighbourliness show how the city pulls together when it faces adversity

Let’s review, then. There was that huge ice storm in 1998, which people still talk about today, so vast was its devastation. Then, there was disastrous flooding in 2017 and 2019, forcing people from their homes up and down the Ottawa River in two provinces — the latter incident even earning status as Canada’s top weather story of the year. Rebuilding also continues in some places after the 2018 tornadoes that brought catastrophic destruction to Eastern Ontario and West Quebec.

And now, a “derecho” storm that, as of this writing, has killed 10 people in Ontario and Quebec, and at its peak left more than 170,000 customers without electricity in Ottawa alone. Fine older trees, and young saplings too, were flattened by wind blasts. Hydro towers were twisted into grotesque shapes, and streetlight standards that should have withstood the pressure snapped like toothpicks. There was little warning it was coming on a day expected to yield only sporadic thunderstorms.

Suffice to say, lessons must be learned.

As John Stone, a member of the Bureau of the Intergovernmental Panel on Climate Change argues in the Citizen this week, it’s past time governments took the issue of climate change adaptation seriously, developing innovative technologies and policies to help us cope with our altered climate. We need, he says, “to build our resilience against inevitable bouts of extreme weather and its existential consequences for human civilization and life on this planet.” And he points out that the Intergovernmental Panel on Climate Change recently issued a very practical report on how to go about this.

So yes, action is essential at the macro level. Still, here on the ground, where hydro crews are scrambling, paramedics are doing wellness checks on frail people without electricity, major streets remain closed due to downed power lines, and massive tree branches dot many residential avenues, there is reason to take heart.

Why? As usual in a generous town, neighbours are helping neighbours, whether it is to offer shelter, help with cleanup or a chance to recharge a cellphone or take a shower. Responsible people have shown how social media can be used in positive ways to quickly share important information. And — very much to Ottawa’s credit — police said they saw no uptick in crime during the height of the blackout on Saturday. When faced with adversity, this city pulls together.

Over the next few days, let’s continue to be kind to each other, while pushing our leaders for the broader, longer-term climate change action that Canada so obviously needs.

Links to more coverage of the weekend’s storm: