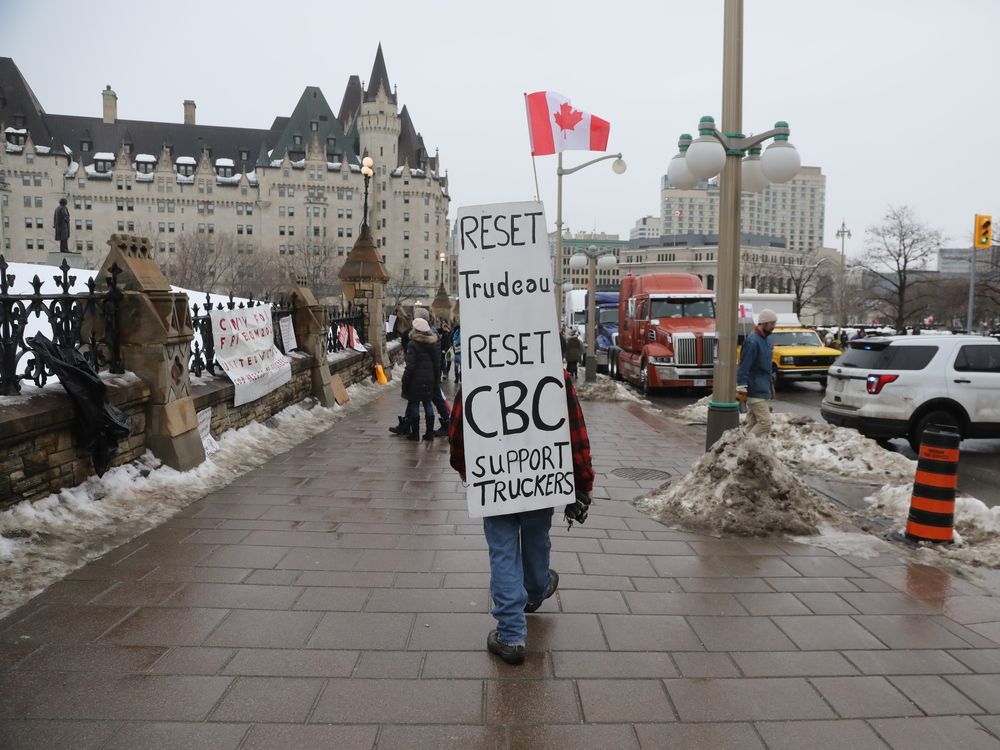 It promises to be another busy weekend in downtown Ottawa, if hotel bookings are any indication. And it’s unlikely that all the visitors are here for Valentine’s Day.

The Ottawa Marriott Hotel on Kent Street, the Fairmont Château Laurier, the Holiday Inn on Queen Street, Novotel Ottawa on Nicholas Street, Les Suites Hotel on Besserer Street and ARC the Hotel on Slater Street are all fully booked for Friday and Saturday nights, while others are approaching capacity.

The Ottawa Embassy Hotel and Suites on Cartier Street was 75 per cent booked for Friday night, and 85 per cent for Saturday, as of Thursday morning.

Embassy front desk agent Shelby Postma noted that the hotel experienced similar occupancy rates in the days leading up to the two previous weekends before a flurry of last-minute bookings filled their rooms.

And, while the hotel doesn’t screen guests as to why they’re booking rooms, Postma says the link between the protest and bookings seems clear. “The last couple of weekends, we’ve been completely sold out,” she said, “and before that we were not. So it’s a pretty obvious causation.”

She added they’d experiences no issues beyond guests not wearing masks in public areas.

Meanwhile, the Holiday Inn on Queen Street, according to reservation specialist Rich Porter, filled its last Friday- and Saturday-night rooms on Thursday morning.

“We were hoping to get some availability back by the end of the morning, but, as soon as that happens, I’ve got another 77 people coming in, so that takes the 11th out of the picture. And Saturday is full.”

Porter added that the hotel’s location made it an attractive choice for protestors. “Absolutely. If you want to call in benefitting from the situation because folks are booking with us to stay near what they’re doing, that would have a cause and effect. The protest has a lot to do with it.”

Absent the protest, Porter said the hotel would likely have available rooms at this time of the year. “You have your seasons, and, at times like this, in February, it’s not like summer, when you expect to be crowded. In February, you would usually have some availability.”

Porter said, too, that the hotel had not experienced any trouble from guests, noting its strict mask policy in common areas.

“That we don’t allow. We have a 4.3-star rating out of five, so we do try to carry the location with a bit of decency.”

Police have not offered an estimate of how many people might take part in the protest this weekend. On Jan. 30, Chief Peter Sloly said there were about 8,000 who took part the day before, the first Saturday of the demonstration, while three days later he told city councillors he’d heard figures ranging from 8,000 to 15,000 for that day. He later estimated that about 5,000 people took part on Feb. 5, the second Saturday.