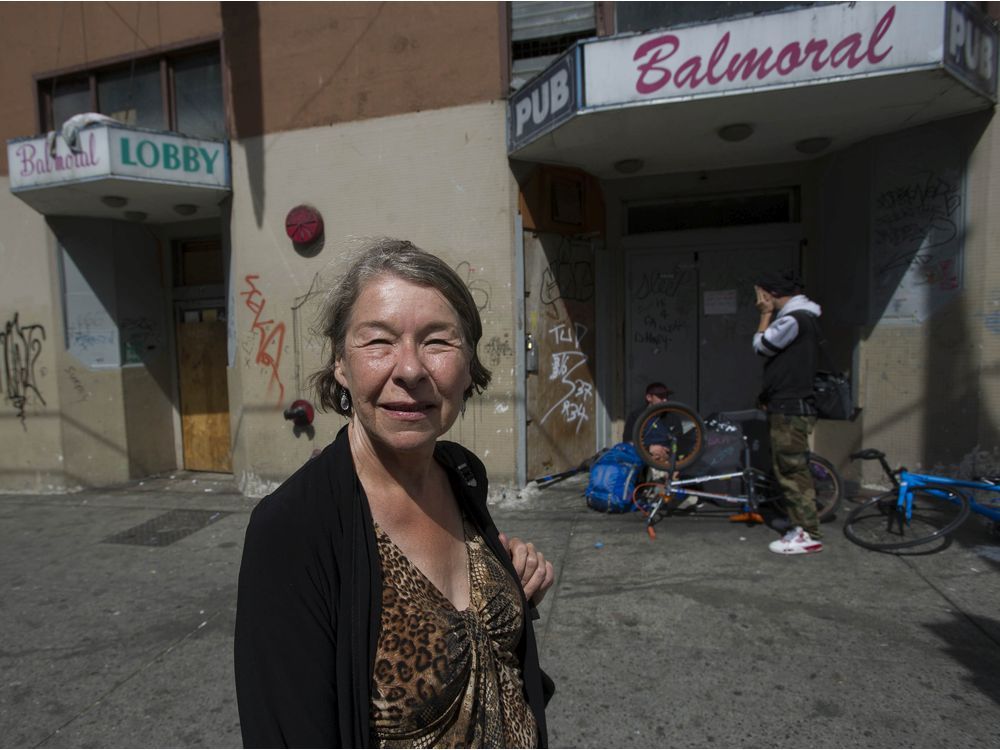 They are injured construction workers who need to kill the pain, ex-soldiers with trauma, spouses escaping conflict and First Nations members who can’t get housing on their reserves.

Such histories are common among the men who make up 68 per cent of all homeless in British Columbia, according to Judy Graves, who spent three decades as a champion for people forced onto the street and into shelters, including as the city of Vancouver’s full-time homeless advocate.

“Many men become disposable at certain times in their lives,” said Graves. They wind up surviving in shelters, in tents or couch surfing because their jobs or families have fallen apart and they have been struck down by despair or succumbed to addiction.

Graves put forth many reasons why men are so overrepresented in B.C.’s latest homeless count, which was released this month and focused more than in the past on demographics. The count discovered 8,665 people in the province without shelter, a rise of 11 per cent from 2018.

Many of the men, according to 25 counts across the province, come from the unusually high proportion of Indigenous people, former military personnel and Black Canadians who are homeless.

Almost two of five homeless residents are Indigenous, even though Indigenous people make up only one in 20 of the population. Six per cent served with the military or the RCMP, which makes them “vastly overrepresented” among those without a home.

For the first time, the provincewide count included data on race. While it found 63 per cent of the homeless are white people, which is roughly equivalent to the overall ratio, it discovered three per cent were Black people, even though only one per cent of B.C.’s population is Black.

South Asian people comprised only two per cent of the homeless, which is much lower than the overall cohort of 11 per cent. And East Asians, including ethnic Chinese, accounted for just two per cent, even though they make up 12 per cent of all residents. Graves owed such findings in part to “strong cultural support for families.”

As someone who has taken part in many homeless counts and continues to meet with street people across Metro Vancouver, Graves has talked with men from a range of ethnic backgrounds and nationalities who have ended up desperate for provisional shelter.

Many had become addicted to opioids after becoming repeatedly injured in construction, the military, policing or other physically dangerous jobs, which are mostly held by men, she said. “They get caught between their pain and being out of the workforce.”

A lot of men she’s come to know have also left their homes because of conflict with a spouse or partner, which is the reason 14 per cent of B.C. residents reported they’re homeless. “That’s a really big one.”

While there is already a large amount of government housing provided exclusively for women, including transition shelters for those facing domestic violence, Graves said there is none specifically for men, including for fathers and their children. She believes there should be.

“I think marriage break up is actually harder on men than women,” she said, explaining that many women quickly gain support from their social network, while men often turn to drinking alone. “Men really need support and counselling right after a domestic conflict.”

The Ministry of Housing did not respond directly to many Postmedia questions about homelessness, including why there are no shelters distinctly for males given the government’s emphasis on putting every policy through a “gender lens.”

Instead, spokesperson Sarah Budd maintained the NDP government believes homeless women are undercounted; so it wants to provide them with more housing.

One of the reasons, Graves added, that such a large proportion of Indigenous men and women end up on the streets, living in tents or in shelters is a lack of housing on reserves across Canada.

“A lot of the housing on reserves was built 40 years ago and is falling apart,” she said, noting First Nations people on reserves aren’t permitted to own their own dwellings.

“It was also built only for families and is often unbelievably crowded.” There are, she said, almost no small housing units on reserves for single people, who are the most likely to need a place to live.

The number of foreign-born people who are homeless in B.C. almost doubled compared to the last count in 2018, rising to eight per cent of the total.

But that is far below their provincial average, which has immigrants, refugees and those seeking permanent resident status making up one out of three residents. Graves suggested that foreign-born homeless people might be undercounted since those who have “uncertain immigration status” would tend to hide from counters.

“People have to be trained on where to look.”

The Housing Ministry said in this year’s budget spending on “housing and homelessness supports reached more than $1.2 billion a year for the next three years — three times the level of funding in 2017.”