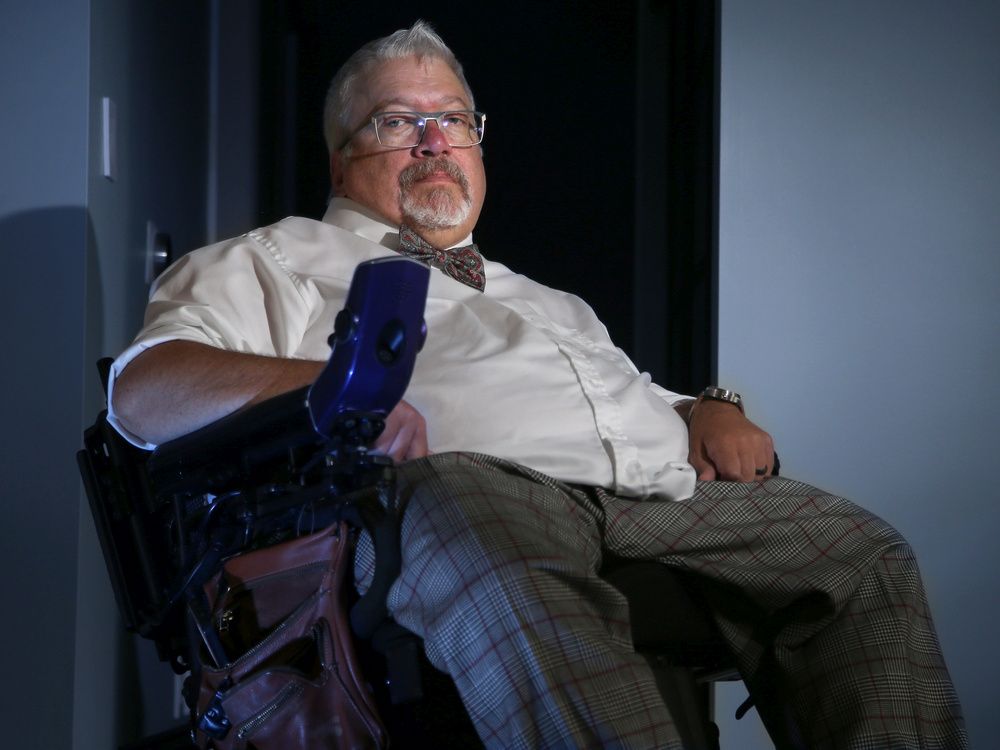 Max Brault hoped the business class Air Canada flight he booked to Hawaii would be the trip of a lifetime for him and his wife, two weeks in an island paradise to see his stepson’s wedding.

But the Ottawa disability advocate says he was embarrassed and humiliated by his treatment by Air Canada staff who were unprepared to deal with a man in a wheelchair, even though Brault had checked and rechecked to be sure the airline knew about his special needs.

He was so angry and embarrassed, in fact, he says it’s taken him months to decide to come forward with his story.

“I don’t like showing weakness. I like people to think I have my s–t together,” said Brault, a vice-president and accessibility consultant at BDO Canada and a former senior adviser on accessibility issues for Infrastructure Canada.

“But by openly stating this, it’s admitting I had a moment of weakness. I know I fight for people with disability rights. But I’m humiliated by this. I’m absolutely humiliated.”

It’s an uncomfortable position for Brault, the former executive producer of a program called AccessabiliTV and co-chair of the National Council of Federal Employees with Disabilities.

“The thing that really hurts the most is that I did each and everything right,” Brault said. “I was so hard on my travel agent. I told her, ‘Make sure you double-check. Triple-check … .’  This was a trip we were dreaming about and it became a nightmare.”

Brault, 52, has used a wheelchair since his 20s because of his degenerative spinal muscular atrophy. He’s a seasoned traveller and knows the hoops required to travel with a wheelchair, especially one powered by lithium-ion batteries like the smaller “hybrid” chair he took to Hawaii.

But when he and his wife, Laurie, arrived at Ottawa airport for their 7 a.m. flight on April 14, the airline threatened to not let him board.

“Will your husband be needing assistance to get on the plane?” he said the gate agent asked.

Shocked, Brault replied, “What are you talking about? My file should be updated with all my medical needs and requirements.”

“The system has nothing about your requirements,” Brault said she replied.

She then made him fill in and refile paperwork for the batteries, something he’d already done when booking the tickets.

Worse, when it came time to board, the airline didn’t have a special device called an Eagle Lift available. The lift holds a disabled person in a sling and is narrow enough to be rolled down the aisle of an airplane, then swivels to lower the passenger into the seat. Instead, airline employees lifted Brault and carried him aboard the plane to his seat. At one point they dropped him and he injured his elbow on the armrest.

Frustratingly, the same problems occurred at stops in Toronto and Vancouver. In Vancouver, Air Canada staff misplaced Brault’s wheelchair, nearly causing the couple to miss their connecting flight to Honolulu. That flight had to be held for 45 minutes and again Brault had to be carried to his seat by staff.

“I like to have things squared away. When I’m looked at as the bad guy, like I’m the one who’s the villain, it really irks me,” Brault said.

“I became the quintessential disabled person that everybody stereotypes. The crusty guy in the wheelchair. I’m a fun-loving guy. I like to talk to people. But when the third person in a row says to me, ‘Why didn’t you … ‘ I start to lose it.”

The couple paid $4,200 each for their return business class fares. Air Canada hasn’t offered even a partial refund.

“I paid first class for everything. And I got nothing.

“It still hurts. It took me a long time to get over this,” said Brault, who has organized workshops on accessibility and in 2019 assessed the accessibility of Ottawa’s LRT for this newspaper. (He gave it an A.)

In an emailed response to this newspaper Thursday afternoon, Air Canada acknowledged it mishandled Brault’s flight.

“While generally we deal directly with our customers, we can tell you that the service these customers received was clearly not to our normal standard and we regret this very much,” the airline said in a statement. “We have been in contact with them to apologize and also to offer a goodwill gesture as compensation for the difficulties they encountered on this part of their journey.

“For your information, we carry tens of thousands of customers with mobility aids each year and we recognize our obligations to ensure they have a seamless journey. Normally, that is the case, but in this instance we did not deliver our usual high level of care and customer service and we have followed up internally to reinforce our procedures and ensure greater consistency in the future.”

Brault said Thursday afternoon he was pleased with Air Canada’s response, but had not yet been contacted directly by the airline.