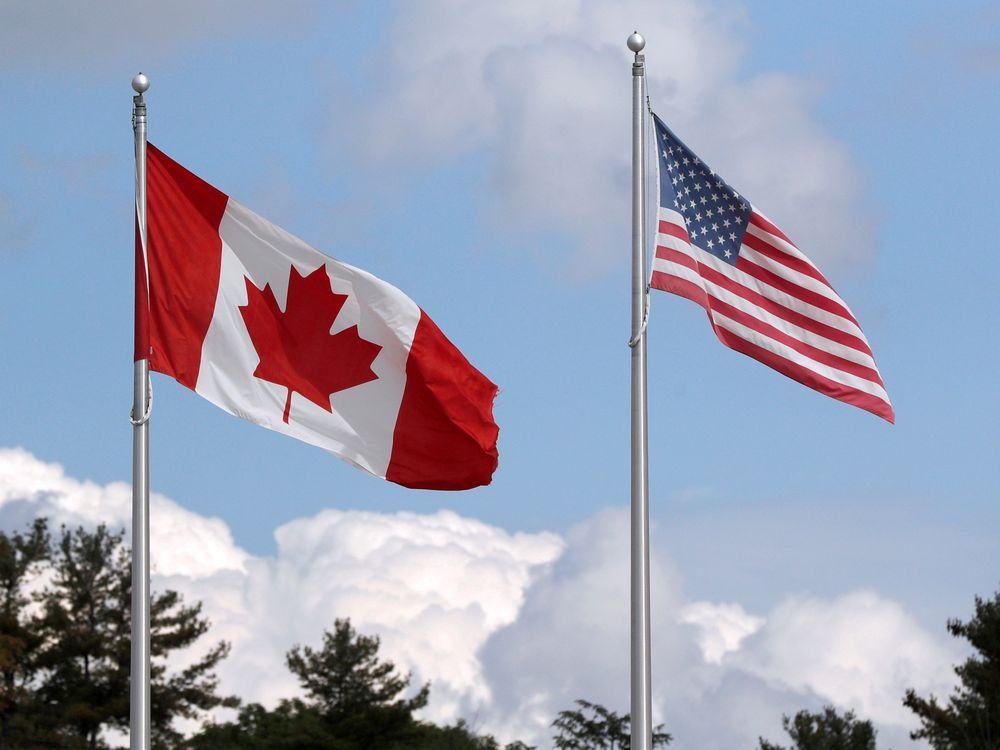 After five weeks of the laissez-faire American approach to COVID-19, it’s somewhat disconcerting to return to the land of cold and fear. From a distance, it looked like we were making progress. Ontario Premier Doug Ford removed mask requirements for most settings March 21. Even restrictions heel-dragger Justin Trudeau eliminated a nonsensical requirement of a COVID rapid test to get across the border, effective April 1.

Up close, our progress is less apparent. If you talk to Americans about a sixth wave, they think you’re referring to conditions at the beach. Here, we are still obsessed with case numbers, positivity rates, hospitalizations, ICU admissions and wastewater numbers.

At the Kanata Costco on Saturday, about 90 per cent of shoppers were wearing masks, the reverse of the percentage observed in southern U.S. states. At the LCBO, Plexiglas barriers and hanging plastic shields are still in place. It’s as if the people who run the government-owned liquor store hadn’t heard that ventilation is more useful than creating pockets of stagnant air.

The sense of being trapped in the past begins at the border. Although I crossed on the first day that tests were no longer required, the government’s ArriveCan app wrongly told me that I needed one.

I had dutifully uploaded my passport and vaccination papers to the app before departing, although not without wondering why this would be superior to having the actual documents in hand. On the day, the border services officer looked at the physical passport, asked the usual questions, then handed the passport back. That’s when I discovered that the app requires quite a questionnaire to get across the border.

Most of the questions focus on plans for quarantine, which is curious, since vaccinated people don’t have to quarantine. Rather than hold up the entire line, people who were similarly surprised were shunted to an adjacent building to fill in the useless questionnaire. All questions had to be answered to generate a QR code for re-admission to the country. I finally got that far and the app generated the code. I foolishly thought someone would scan it, but the drill is to call out the number and letter combination that comes with it.

It was certainly a timely reminder that the federal government is still firmly focused on useless COVID bureaucracy. Having an app is just so cool, I guess they have to use it, even though it has no value.

Back in town, it seems that at least some are stuck in COVID fear mode. The fact that case numbers have gone up after mask rules were removed is neither surprising nor deeply troubling. Ontarians are well protected by vaccinations and natural immunity that results from prior infections.

As of Monday, Ottawa Public Health reported 11 people in hospital because of an active COVID infection, none in an ICU. The rising wastewater numbers suggest those figures will go up, but they are a long way from justifying any kind of broad restrictions.

Certainly, not everyone is worried. The first wave of Omicron infected so many people that most of us have either had it or know someone who has. First-hand experience tells us that the virus is not quite the deadly killer that we anticipated two years ago.

Some want government to bring back restrictions, which amounts to forcing everyone to limit their lives to suit those who are most fearful. Where does it end? At some point, we have to start leading normal lives, while still being aware that COVID is lurking.

By and large, the Americans have figured that out. Stays in three southern states show that those who want to wear masks still do, but life goes on pretty much as it was pre-pandemic. Surely, that has to be our goal. It’s an approach that might not offer the maximum safety, but it does offer the maximum sanity.

Randall Denley is an Ottawa political commentator and author. Contact him at randalldenley1@gmail.com