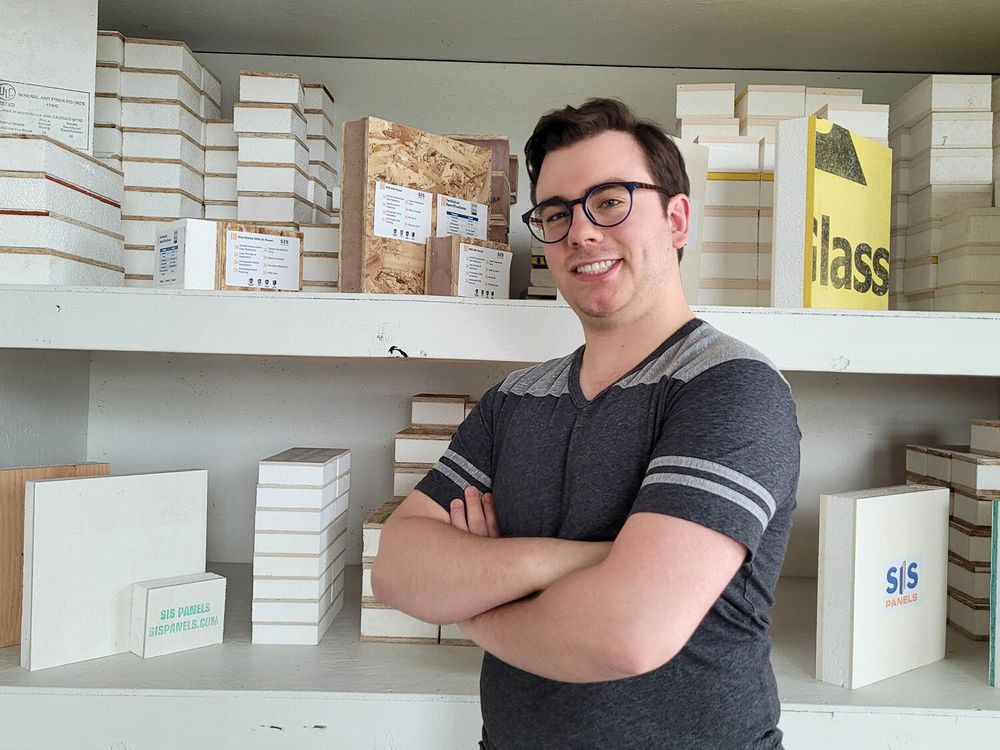 A journeyman carpenter before he was 19 years old, Frank Hassan had done his fair share of framing houses in Winnipeg before he moved to Calgary in 1993.

At the time, his experience told him there must be a better way of constructing the exterior building envelope — one that would be eco-friendly, non-combustible and more efficient in labour and time costs, while providing superior installation values.

Hassan decided to go it alone and began building pre-fab walls, which resulted in merging his companies to create Nexxgen Building Systems in 2018. Today, it is the leading manufacturer and installer of SIS Panels (Structural Insulated Sheathing Panels) — high-quality continuous exterior insulation panels used for construction of building envelopes, which are being shipped across the country and into the U.S.

All SIS Panels are manufactured in the 30,000-square-foot modern, climate-controlled plant and office building on the corner of Mountain View Trail on the edge of Springbank Airport lands.

Hassan believes passionately that non-combustible, high insulation solutions should be used in all buildings, but especially in multi-family residences, hospitals, and seniors’ centres to protect lives in case of fire and to achieve the benefits gained via saving on energy consumption and being eco-friendly.

The building industry has some of the strictest standards and as codes change and traditional building methods become outdated, Nexxgen is staying ahead of the curve.

Governments are keenly moving towards the ambitious goal of requiring net-zero buildings. Hassan says homeowners in particular see the benefits of highly technical methods of heating and air conditioning. They can see a solar panel, but never think of the building envelope that is able to efficiently keep cold out and heat in.

Commercial property owners have a growing interest in meeting their corporate goals and are moving towards zero energy targets prior to regulatory mandates being enacted.

While all of the SIS Panels are manufactured at the Springbank plant and head office, sales staff members are also located in Nexxgen offices in Toronto, Victoria and in Phoenix, AZ.

They are custom-made to client specifications and currently shipments are being trucked out to some of the biggest modular manufacturers in North America including customers in New Hampshire and North Carolina. The current client base keeps the plant producing 500 panels every eight-hour shift — some 16,000 square feet of panels per day. That’s the equivalent of three houses per shift.

Hassan and his team are working with the federal government to reach R-Value for construction projects faster, better and easier. The potential for insulated sheathing panels is great, and to meet expected increase in business he is planning a new building in the same area close to the Trans-Canada Highway to handle more production and to increase yard space.

Despite the fact that the world is being turned to the digitized screen, the success of Culinaire magazine is more proof there’s still power behind print. This month, foodie (with a passion for wine) Linda Garson celebrates the 10th anniversary of this food and beverage magazine that she launched with lots of confidence and an unwavering energy in May 2012.

The American Chamber of Commerce in Canada — Western Chapter (AmCham West) has organized a luncheon at the Ranchmen’s Club on Wednesday, May 4, when U.S. Consul General Holly Monster will discuss the direction for critical U.S./Canadian economic relationships during this time of global uncertainty.

David Parker’s column appears regularly in the Herald. Read his columns online at calgaryherald.com/business. He can be reached at 403-830-4622 or by email at info@davidparker.ca.