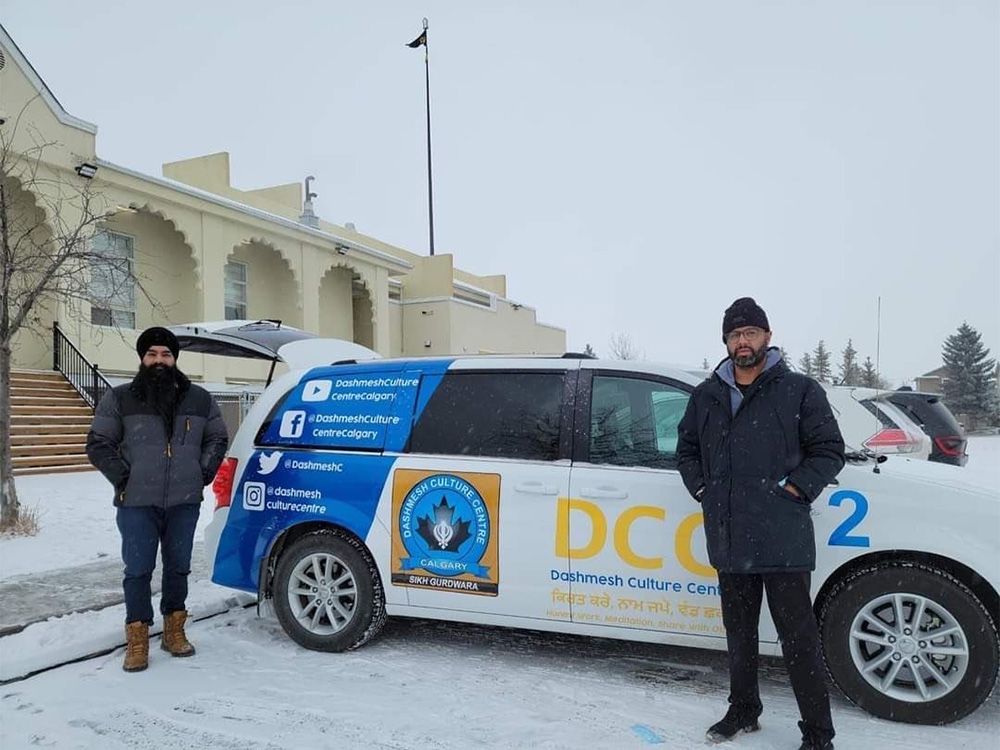 As Canadian truckers were left stuck at the Coutts-Sweet Grass port of entry this week, the Calgary Dashmesh Culture Centre sent two volunteers across the border to Montana to provide them with hot meals.

When the border crossing was closed Saturday due to the protesters’ blockade, a line of truckers waiting to re-enter Canada found themselves stranded without a timeline on when they would be able to cross. Truckers were advised to travel to other ports of entry, but nearby crossings don’t allow for commercial vehicles, and detouring would have been time-consuming and costly.

Sweet Grass is on the U.S. side of the border, but that didn’t stop volunteers from delivering them food on Tuesday.

“The volunteers went with 200 meals to cross the border at Del Bonita border crossing and went to Sweet Grass where the truckers were stuck,” said Amanpreet Gill, president of Dashmesh Culture Centre.

“There was an issue where some of the drivers were able to use other ports of entry, and there were others who, because of their goods and custom documentation, weren’t approved to use any other port of entry to get into Canada.”

A group of fully vaccinated Canadian truckers posted a video online Sunday evening to express their concerns about being stuck at the border, with no extra resources or food.

Gill said some truckers had heard about the food program the culture centre has operated since the start of the pandemic and reached out. The No Hungry Tummy initiative was introduced by Calgary’s Sikh community in 2020 to provide families in need with food after COVID-19 spread to Alberta, resulting in a wave of layoffs, unemployment and periods of isolation.

“They found the phone number online and were calling me at our culture centre in the northeast. I received six or seven phone calls within a couple of hours,” Gill said Thursday.

“They were asking us for help.”

Volunteer Parmeet Singh said it is important to support the front-line workers who have kept driving while so many people have been able to stay safe at home during the pandemic.

“They sacrificed a lot for us,” said Singh. “Our trucker brothers and sisters kept providing us food in those days. It is our fundamental duty to help them.”

“They were thankful and happy to receive the meal. We were glad we were able to help them,” said Gill. “If someone’s looking for food, we believe it’s our job to help.”

Alberta Transportation Minister Rajan Sawhney said on Twitter that all the truckers in the online video are now safe at home. The border crossing was reopened Wednesday; however, traffic remains limited.

Some traffic was moving slowly through a new blockade about 15 kilometres north of Coutts, near the town of Milk River, on Thursday. The blockade was affecting southbound lanes but, with RCMP still advising people to avoid the area, little to no traffic was flowing north across the border, either.