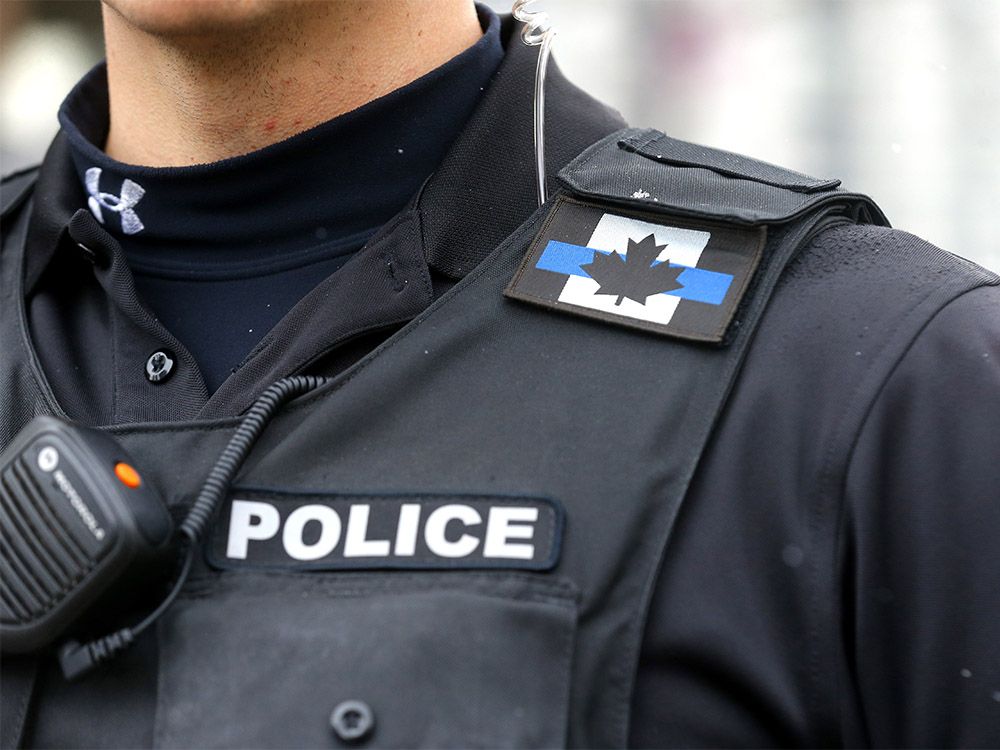 Calgary officers continuing to wear the thin blue line patch will not be reprimanded until further notice, the Calgary Police Service announced Thursday.

The police service issued a statement saying officers still displaying the symbol will not face disciplinary action while conversations continue with the Calgary police commission over that body’s directive to remove the symbol from uniforms.

CPS said the directive has been met with varying reactions across the service.

“While it is acknowledged that CPC has provided lawful direction to the service, further discussion by all stakeholders must take place to address the immediacy of the direction, as well as additional issues raised by the Calgary Police Association and Senior Officer Association,” Chief Mark Neufeld said in a news release.

The commission issued the directive in March, stating many people in the community view the thin blue line symbol in a negative way. Commission chair Shawn Cornett said at a recent meeting that many other police departments, including the RCMP, have banned it from their uniforms. The CPA initially said members would not comply with the order.

Union president John Orr previously said the patch is worn by officers as a way of honouring officers killed in the line of duty, including CPS Sgt. Andrew Harnett, who was killed while working on Dec. 31, 2020.

Neufeld, who is ultimately responsible for enforcing the directive, said the original timeline of March 31 for officers to remove the patch was unrealistic, citing underlying issues between CPS rank and file and the commission. He initially extended the deadline to April 18.

The commission released a statement Thursday saying they are supportive of not moving forward with disciplinary action amid continuing conversations with the police unions. However, the commission said its decision to ban the symbol has not changed.

“Our intent has always only been to make sure that no Calgarian is faced with approaching a police officer that is wearing a symbol that is also connected with other very divisive and racially charged movements both today and in the past,” said Cornett. “Even if a majority of people are fine with the symbol, we need to work together to address the concerns of those who have seen the symbol at anti-Black Lives Matter protests, at the Unite the Right rally in Charlottesville, during the U.S. Capitol riots or at local divisive rallies, and wonder why police officers in our city are wearing it.”

The commission’s statement said it hopes officers will eventually voluntarily remove the symbol and that continued conversations will allow for solutions to be found and to work on other issues between the police service and its oversight body.