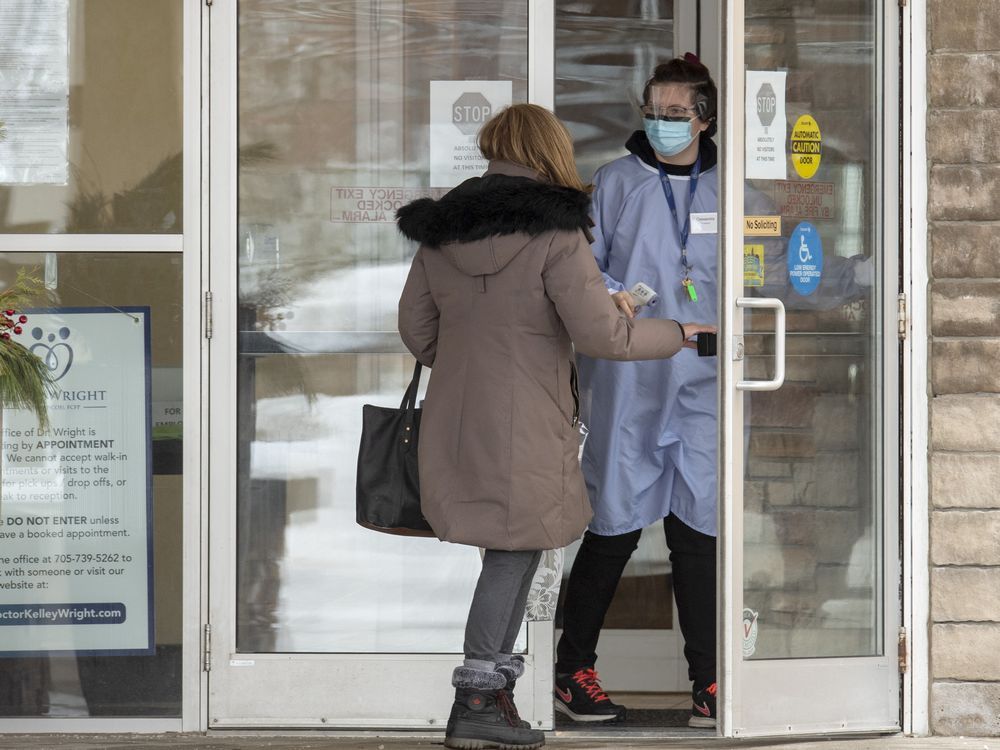 Ontario reported 42 new COVID-19 deaths on Tuesday, up from the 11 deaths reported Monday.

However, the toll was lower than the 56 new deaths reported Sunday.

The province also reported 2,092 new confirmed cases. However, these numbers are likely an underrepresenation of the true number of cases because PCR tests have not been widely available. There were 107 new cases in long-term care homes, including 76 residents and 31 staff. One of the deaths reported Tuesday was a LTC resident.

There are now 2,254 people in Ontario hospitals who have tested positive for COVID, a drop of 75 people compared to figures released on Monday.

Ottawa Health Minister Christine Elliott reported Tuesday morning that 474 people are in ICU “with” COVID-19. Of these patients, 82 per cent were admitted because they had COVID, with the remainder admitted to hospital for other reasons, but tested positive.

Elliott also reported that 92.1 per cent of Ontarians 12 years old and over have now had one dose of vaccine, and 89.5 per cent have had two doses.

The positivity rate in testing in Ontario is 14.2 per cent.  The effective reproduction number R(t), is 1.29. A number higher than 1 indicates the virus is increasing.

According to early figures in Ottawa-area regions, there are 33 new cases in Leeds, Grenville and Lanark, 23 in Renfrew and 30 in Eastern Ontario, which includes Hawkesbury and Cornwall.

Kingston, Frontenac and Lennox and Addington has been identified once again as a COVID hotspot, with 441 known active cases and 109 new confirmed cases as of Tuesday.

The additions bring the total number of cases to 59,749 and the death toll to 720 people since the pandemic began.

There are 50 Ottawans in hospital, nine of them in intensive care.

Four new outbreaks were reported in health-care and congrate living facilities, for a total of 81.

Ottawa Public Health has announced that the Lowertown Public Health vaccination hub and the University of Ottawa-Minto Sports Complex community clinic will remain closed on Wednesday.

Ottawa Public Health is hosting a vaccination clinic at Ottawa International Airport on Tuesday from 9 a.m. to 3 p.m.

The Health Department says 2,380 patients are in hospital with COVID-19, after 151 people were admitted in the past 24 hours and 196 people were discharged.

There are 178 people in intensive care, unchanged since Monday.

Health officials are reporting 2,504 new infections confirmed through PCR testing and another 828 positive results from rapid take-home tests that were uploaded to the government’s website.

Officials say 32,507 doses of COVID-19 vaccine were administered on Monday.

Later today, Premier François Legault is scheduled to give an update on the COVID-19 situation in the province.

According to multiple reports, the premier is expected to expand the limit on private gatherings to 10 people, and restaurants will be permitted to seat more customers as of Saturday.

-With files from The Canadian Press