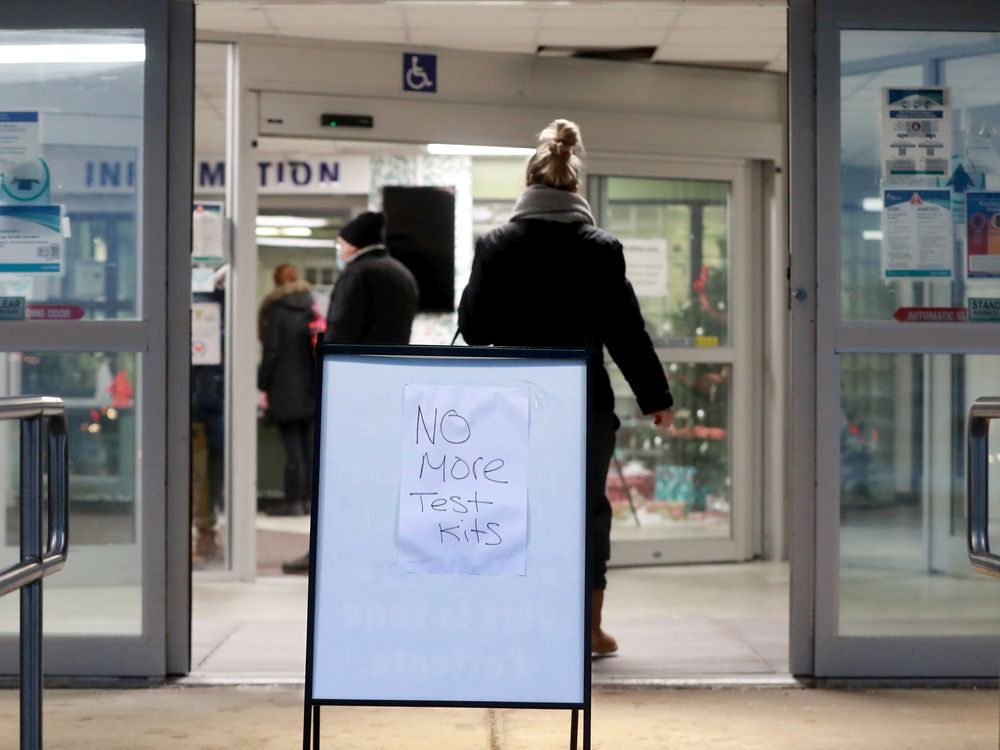 Ontario Premier Doug Ford has fired a warning at retailers who were requiring a minimum purchase to receive free rapid antigen tests.

“We are providing #RapidTests free of charge and all participating partners are expected to honour that — no minimums or mandatory purchase. If they don’t we’ll give them to retailers or pharmacies that will,” tweeted Ford.

Ford’s warning followed reports that Walmart was requiring an online purchase of $35 to get a free test, which sparked an outcry on social media, with some people listing retailers and pharmacies where the tests could be picked up at the checkout without making a purchase.

“Our intention of distributing the Rapid Antigen Tests kits through online grocery pickup was to avoid long lines in Ontario stores & offer them in a safe, efficient & equitable manner,” Walmart Canada tweeted.

“We’ve heard the concerns & will make kits available in stores for free.”

On Wednesday, the province announced that it was distributing 5.5 million tests a week through more than 2,300 retailers and pharmacies across the province — but was counting in residents to observe the limit of one pack per week per family. Each pack contains five tests.

The province had left how the tests would be made available up to the retailers and pharmacies.

“Participating retailers will decide how to distribute the tests to best serve their communities, including through appointment bookings, at checkout or through online orders,” said Ontario Health Minister Christine Elliott on Wednesday at a press conference held in a Kitchener Walmart.

For a full list of retailers and pharmacies offering the test visit ontario.ca/rapidtest.

Meanwhile, Ontario’s expert science advisers say rapid antigen tests don’t detect COVID-19 infections with the Omicron variant as reliably as they did with the Delta strain, but changing the way the tests are performed can boost their sensitivity.

The science advisory table says in a brief Wednesday that the rapid tests, which involve nasal swabs, are less sensitive for Omicron, especially in the first one or two days after infection.

But they say the tests are better at detecting Omicron if people swab both cheeks, followed by the back of the tongue or throat, then both nostrils.

The advisers say a single negative rapid test is not conclusive and “should not be used as a green light for abandoning or reducing precautions,” but a positive result can be considered positive for COVID-19.

Current provincial guidance allows people to end isolation – for example, if they develop symptoms – if they receive negative results on two rapid tests 24 to 48 hours apart.

There are currently 1,897 people in hospital in Ontario testing positive for COVID, with 445 in ICU and 283 on a ventilator.

Ontario Health Minister Christine Elliott reported Thursday that 92.1 per cent of Ontarians 12 and over have had one dose of vaccine and 89.6 per cent have had two doses.

Of the 445 people in ICUs, 24 per cent were admitted for other reasons, but have tested positive, Elliott tweeted.

In early reporting, there are 244 new confirmed cases in Ottawa, 30 in Leeds, Grenville and Lanark, 27 in Renfrew district and 68 in the Eastern Ontario unit, which includes Cornwall and Hawkesbury. These numbers may change as health units report their own numbers later in the day.

The actual numbers of cases are likely higher because PCR tests are not widely available.

On Wednesday, 22,417 tests were completed in Ontario. The positivity rate reported Thursday was 11.2 per cent.

The agency said there are 35 people in hospital with an active infection and five in ICU.

The daily positivity rate in testing is 12.91 per cent.

The estimated seven-day reproductive number R(t), a measure of how many people an infected person will infect, is 0.85. A number lower than 1.0 indicates the virus is receding.

Meanwhile, the number of outbreaks in Ottawa health-care institutions are also in decline. OPH reported 63 ongoing outbreaks, with no new outbreaks since the agency’s last report.

Twelve of the outbreaks are in long-term care homes, 20 in retirement homes, 21 in hospital units and 10 in other facilities, such as group homes. OPH has paused reporting on outbreaks in schools, childcares and the community settings.

There have been 35 new deaths reported, bringing the cumulative total to 13,617.

There was a net decrease of 36 hospitalization cases, bringing the provincial total to 2,312.

There was a net increase of two patients in ICU for a total of 173.

Steven Guilbeault, federal minister of environment and climate change, says he is isolating at home with his family after testing positive for COVID-19.

-With files from The Canadian Press and Postmedia