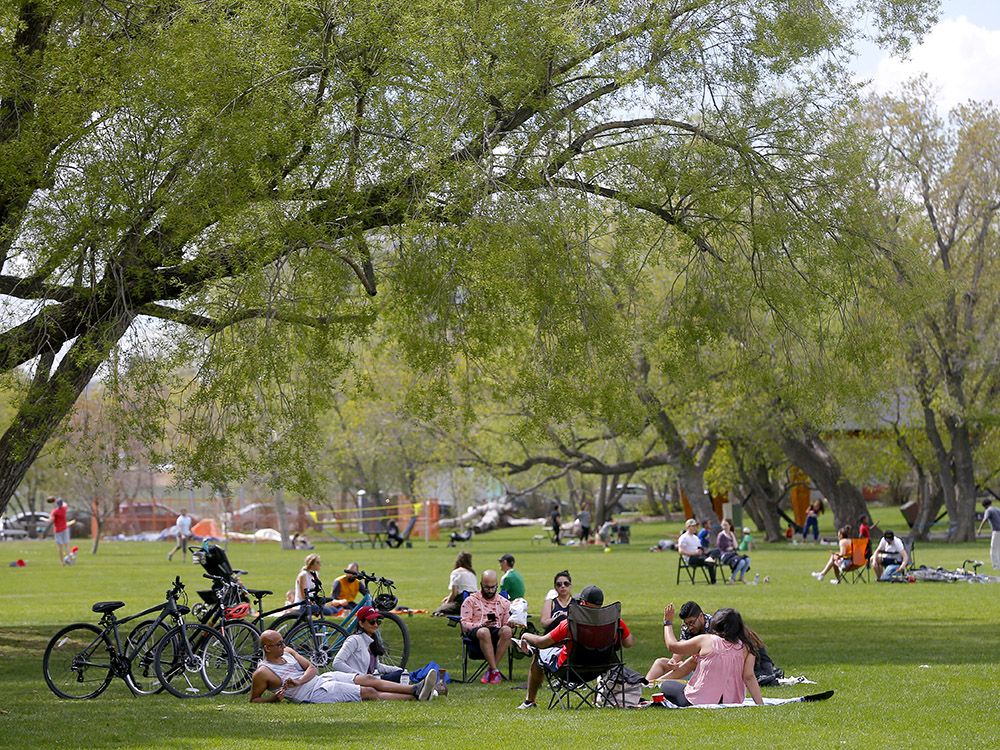 Calgary councillors will begin discussion at a committee meeting this week about the creation of a pop-up vendors program that could see local businesses sell their wares in city parks over the summer.

Coun. Kourtney Penner, who is bringing the notice of motion to the executive committee on Tuesday, said the idea behind the program is to offer local retail, food, entertainment and art businesses another way to reach customers by allowing pop-up booths at city parks during the summer months.

“We’ve spent two years hanging out in our parks. We have a love of shopping local. We know that we generally have great weather throughout the summer. We have park space that could be activated to support local entrepreneurs,” Penner said over the phone Sunday.

“We want it so you can go to a park and discover a new local entrepreneur, and they may not be the same every week, and so then there’s also that factor of ‘who might I discover this week?’ So there’s a novelty factor.”

Penner said it could encourage civic tourism as the city recovers from two years of the pandemic, as well as offer an enjoyable experience for out-of-town tourists. City administration would work to determine the best park locations for the pop-up vendors.

As someone who has experience selling handmade goods at local farmers markets in Western Canada, Penner said outdoor opportunities in Calgary were limited or had long wait lists.

“The idea is to be low barrier to entry, and the idea of a pop-up storefront that’s outside is appealing to a lot of people,” she said.

Sharp said she backs the idea because it cuts red tape and would give entrepreneurs another opportunity to grow their business.

“There’s a lot of opportunity to use city space to offer services to Calgarians that, I would say, don’t detract from how we use the parks,” said Sharp.

Coun. Terry Wong said he’ll have no problem supporting the notice of motion because it’s another way the city can lift up small businesses that have been affected by economic hardship.

“We obviously want to be able to bring people outside and recognize that we have a vibrant Calgary, very enjoyable destination,” said Wong.

The executive committee will put forward recommendations to council, who will then debate and vote on it.

The notice of motion suggests an appropriate time to run the pilot program would be June 1 to Sept. 30, and council would then direct the community development committee to report back on the program’s uptake and future suggestions by the end of October.