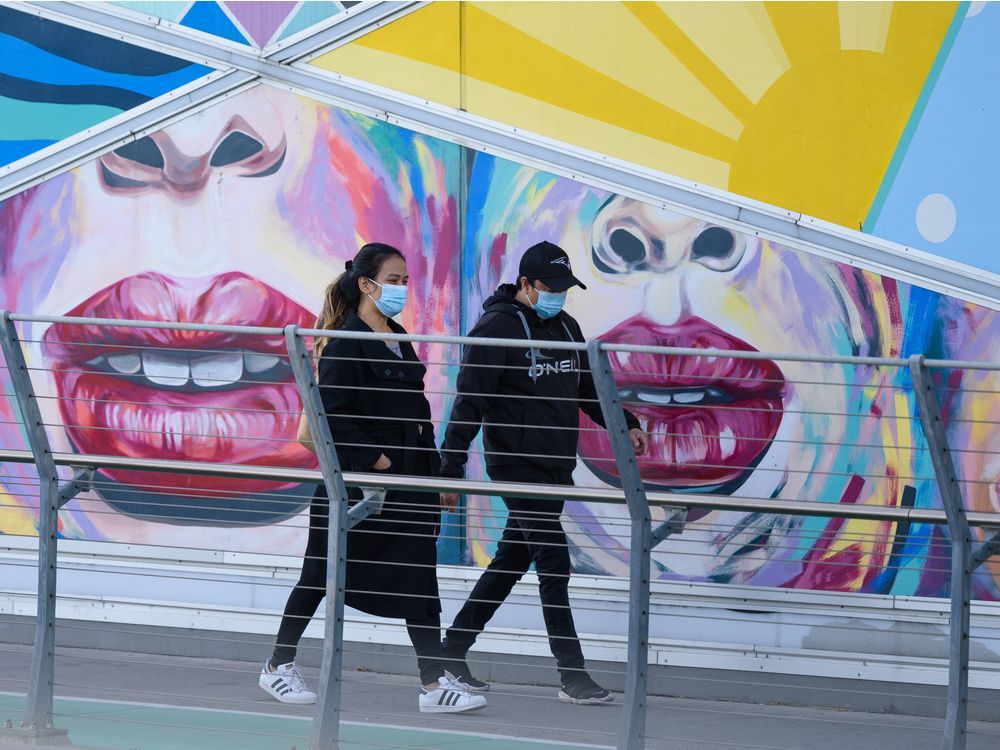 New rules targeting street harassment in Calgary are into the final stage of approval.

Council’s community development committee overwhelmingly approved a bylaw addition Wednesday that would authorize fines of up to $500 for harassing behaviour in public places. Only Coun. Andre Chabot and Richard Pootmans voted against the change. Coun. Evan Spencer was absent.

Pending a council vote at a future meeting, Calgary is set to join Edmonton and London, Ont., as the only Canadian cities with municipal penalties for street harassment, which city officials define as offensive or humiliating comments or gestures aimed at a person’s race, religious beliefs, disability, age, gender or sexual orientation. It can also include sexual solicitations or advances, such as catcalling.

City officials told the committee that there are currently no bylaws that comprehensively address harassment throughout the city. At the same time, a Leger survey conducted on behalf of the City of Calgary found that nearly two-thirds of Calgarians say street harassment is a serious problem in the city.

The bylaw would come into force June 1 to allow time to train peace officers, and the plan is to accompany it with a public awareness campaign. City officials have also recommended that Calgary pursue membership with the United Nations Women’s Safe Cities and Safe Public Spaces Global Initiative.

Centre for Sexuality president and CEO Pam Krause told the committee that she’d like to see more awareness about street harassment, and it’s important for the public to learn about resources and intervention strategies.

“Street harassment is a persistent social issue that affects Calgarians every day and unduly impacts the safety of too many individuals, particularly those from diverse communities,” she said.

“We’re seeing a rise in street harassment, which is creating a sense of fear in our communities.”

Calgary’s chief bylaw officer, Ryan Pleckaitis, said enforcement could be a challenge with the bylaw, but it allows peace officers to investigate any complaints about inappropriate behaviour.

A representative from the Calgary Police Service added that they keep track of both hate crimes and hate “incidents,” where what took place doesn’t hit the bar of being a criminal offence. Those situations have been on the rise, with 78 hate incidents reported to CPS last year.

The bylaw change would mean that officers could respond by writing a ticket if they can’t lay charges.