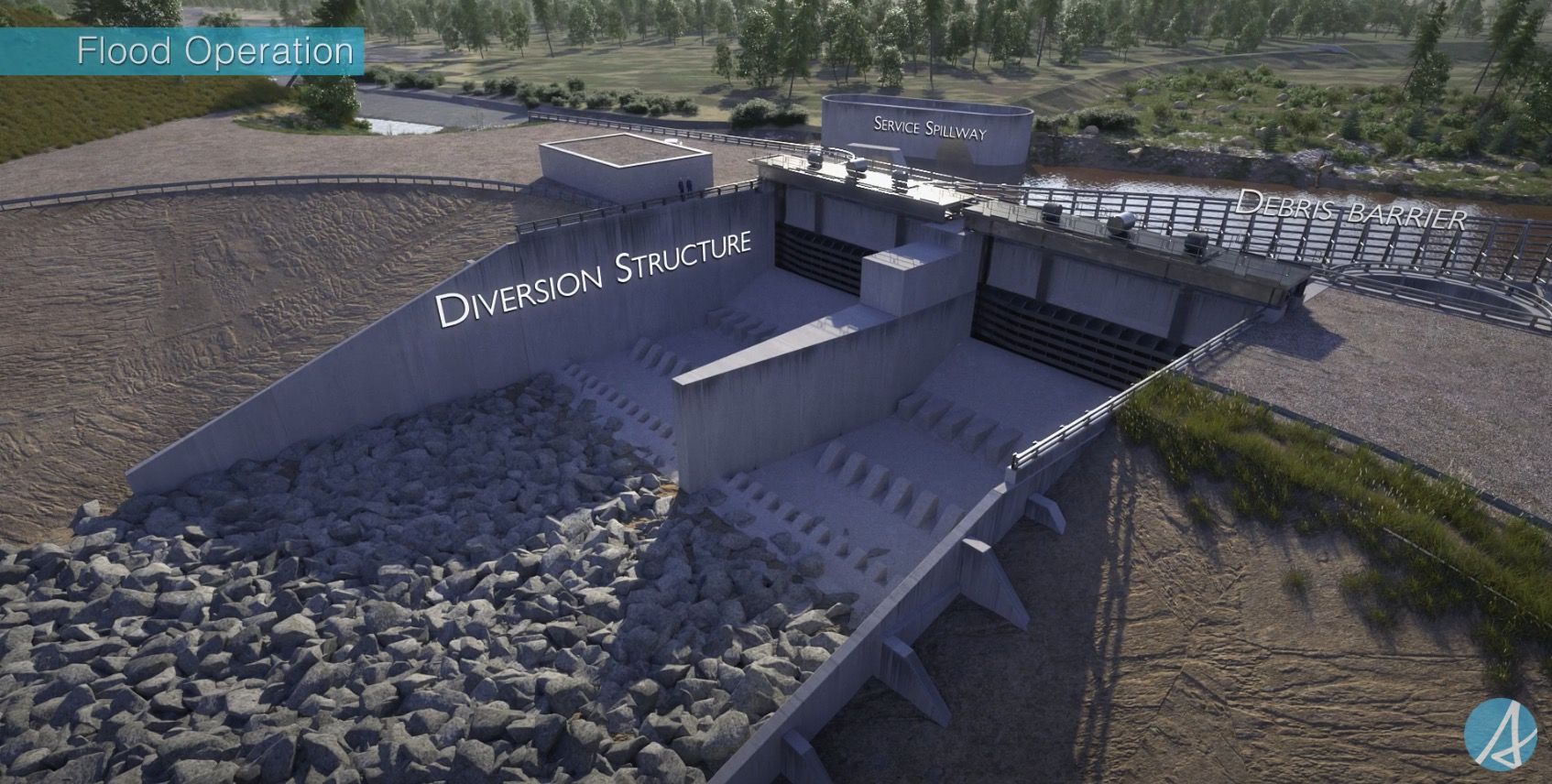 In announcing international contractor VINCI Construction has been chosen to build the massive project meant to prevent a repeat of the 2013 flooding that devastated downtown Calgary and other areas of the city, Premier Jason Kenney said the province’s share of its cost would be $576 million – a 25 per cent increase over the most recent $432 million estimate.

He said the remainder of the project’s $744 million price tag, or $168 million, will be picked up by the federal government.

That provincial portion has grown over the years from an initial estimate of $200 million with project opponents predicting that the budget would balloon well beyond the $432 million, driven mainly by the expense of acquiring land from private property owners in the area.

An outspoken critic said provincial governments have been cooking the books on the project for years and suspects the latest estimate doesn’t include payments made to First Nations and the displacement of Camp Kiwanis near the junction of Highways 8 and 22.

On Thursday, Premier Jason Kenney said construction on the project has begun, and should be fully completed in 2025.

Hunter said work is visible along the Elbow River at Highways 8 and 22 with tree removal, though she said local residents concerned about disruptions haven’t been apprised of that.

“We’ve asked for updates and they’ve said ‘no’ – we had one email in January,” she said.

Last July, Transportation Minister Rajan Sawhney said its price tag could rise above $432 million and a spokesman for her ministry on Thursday said the increased costs are the result of inflation.

The announcement of a contractor to mitigate Elbow River flooding comes nearly 10 months after Ottawa gave the project the green light following years of provincial and federal environmental assessments and concerted opposition from landowners and others.

The dry dam would cover 1,438 hectares of land 15 kilometres west of Calgary north of Highway 8 and east of Highway 22 and with a capacity to hold 78 million cubic metres of water, which would be released back into the Elbow River after a flooding crisis has passed.

“We know it was a one-in-a-century flood but we must be prepared for the next major flood,” Kenney said Thursday adding the work will create 2,200 jobs.

“Calgarians in the flood zone have been anxious for this project to get underway.”

Throughout southern Alberta, the 2013 flood caused five deaths and $5 billion in insured damage – in dollar terms the second-costliest natural disaster in Canadian history – and led to 26 Calgary communities being evacuated, said  Sawhney.

“It is very painful for many Albertans when they cast their memories back to that time – we must never forget the devastation and the chaos and those that perished,” she said.

“Rest assured, SR1 will protect our communities against a future one in 100-year flood.”

She said all of the private property amassed for the project was acquired through “voluntary negotiations” with no expropriations needed.

Some of those landowners’ hands were forced by the province to sell, said Hunter, who’s among critics who’ve insisted an alternative site upriver at McLean Creek would be far less disruptive and protect more communities, including Bragg Creek and parts of the Tsuut’ina First Nation.

But the provincial government, which spanned PC, NDP and UCP regimes during the process, gradually peeled away opponents with monetary settlements, including the vow of $32 million in enhanced flood protection for the Tsuut’ina First Nation.

And they noted successive studies concluded the SR1 option was the best option environmentally and financially.

Scientists say climate change has magnified extreme weather events such as the 2013 flooding and increased their frequency.

Given that threat, the investment in SR1 is a good one, said Mayor Jyoti Gondek.

“Strengthening critical infrastructure like this will help reduce our vulnerability to a changing climate and extreme weather events, preventing future widespread damage,” she said.

“Combined with the city’s efforts to date, Calgary’s overall flood risk will be reduced by approximately 70 per cent from 2013.”

A considerable amount of the damage caused by the 2013 deluge came from an overflowing Bow River.

The province has said it’s evaluating mitigation measures on the Bow River upstream from Calgary.