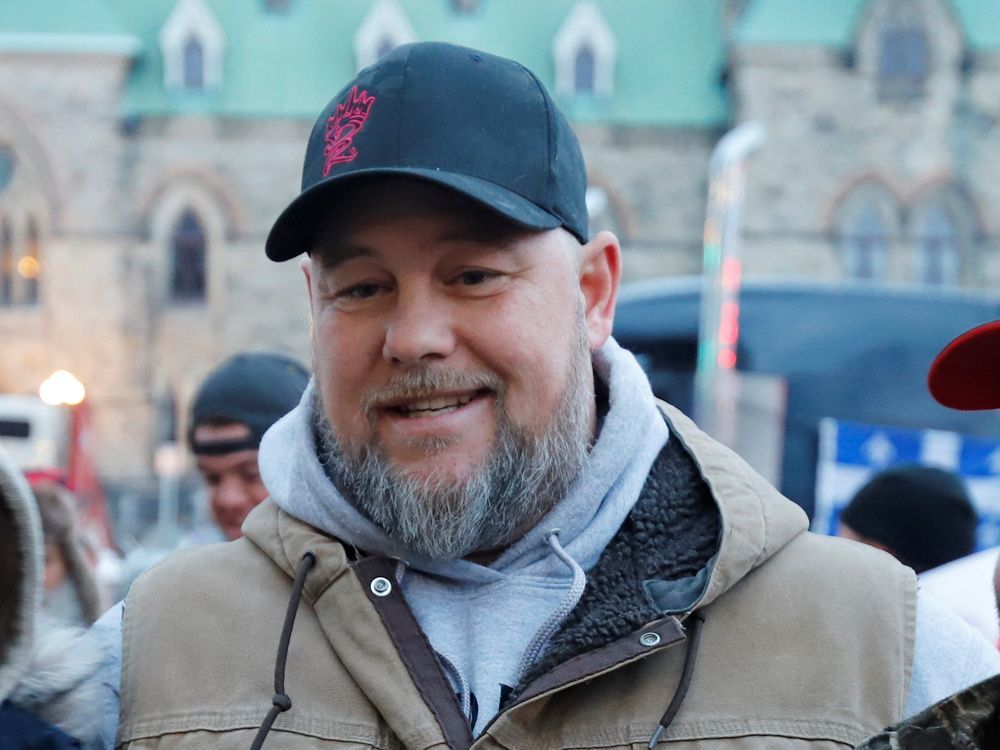 Pat King’s bail review hearing took an abrupt turn for the second time in as many days when he returned to court Thursday morning to learn he is facing new charges of perjury and obstruction of justice.

Wednesday’s scheduled bail review hearing, where King was seeking his release on conditions proposed by his newly-hired lawyer, David Goodman, was also abruptly halted when an automated voice emanating from Goodman’s computer indicated his security had been breached.

That brought a crashing halt to the day’s proceedings as Superior Court Justice Graeme Hew granted a quick adjournment, and since the bail hearing had been covered by a standard publication ban, the judge extended that order to include the admittedly “odd” reasons for Wednesday’s adjournment.

The judge lifted that order on Thursday morning as Goodman again appeared from his Toronto office by Zoom to report that there had been no breach and no files had been compromised.

“It’s been an unusual last couple of days,” the judge said at the close of Thursday’s session.

King’s bail review is being held in person at the Ottawa courthouse and the Zoom feed is not being made accessible to the public, a departure from prior “virtual” hearings involving accused Freedom Convoy leaders.

King sat in the prisoner’s box on Thursday — appearing slimmer than in previous appearances, wearing a checkered flannel shirt and vest, his side-shaved hair in a braided ponytail — and quietly shook his head as the new charges were read.

A publication ban remains in effect on the information and evidence shared during King’s bail review, along with the circumstances and reasons that support the new charges of perjury and obstruction of justice.

The publication ban also extends to the arguments made by Goodman or Assistant Crown Attorney Moiz Karimjee and includes any reasons that may be given by the judge.

A publication ban is routinely granted during the bail phase and remains in effect until the accused person is either discharged or their trial is complete. It is notable, however, that such orders were not sought, or granted, in several other high-profile convoy-related hearings.

This week’s in-person court session — with Zoom access reserved for Goodman and others directly involved in the case — was attended only by members of the media and a handful of observers.

Wednesday’s abrupt ending, and the fact that no details could be shared by the media, led to rampant speculation on social media over what could have led to the sudden adjournment.

The in-person hearing is a departure from prior “virtual” bail hearings involving accused key figures in the Freedom Convoy — including King’s co-accused Tyson “Freedom George” Billings, Tamara Lich and, most recently, Randy Hillier — which have featured frequent interruptions from the public gallery and repeated admonishments from the presiding judges to the observers.

Many of the hearings have been live-streamed — with some even offering play-by-play commentary from convoy supporters on their own social media feeds — in direct violation of Canadian law and longstanding courtroom decorum that forbids the broadcast of court sessions.

King even pleaded with the observers to stop in a previous appearance, suggesting the conduct was “detrimental to our case.”

King was arrested on Feb. 18 during the mass arrests that brought an end to the convoy’s three-week “occupation” of downtown streets and was initially charged with mischief and counselling others to commit mischief.

He was denied bail on Feb. 24, with the justice of the peace citing concern he may reoffend, while expressing doubt in the reliability of King’s proposed surety.

King’s legal team is seeking a review of that decision. He was originally represented by Toronto-based lawyer Cal Rosemond, who argued for King’s release at his first bail hearing.

Goodman was retained following weeks of confusion, with King expressing his frustration at the communication barrier that kept him from contacting his prospective lawyers while he remains incarcerated at the Ottawa-Carleton Detention Centre.

King is now scheduled to return to court Tuesday where it is expected a new date will be set for his bail review hearing.

This isn’t the first time new charges have been laid against King since his arrest.