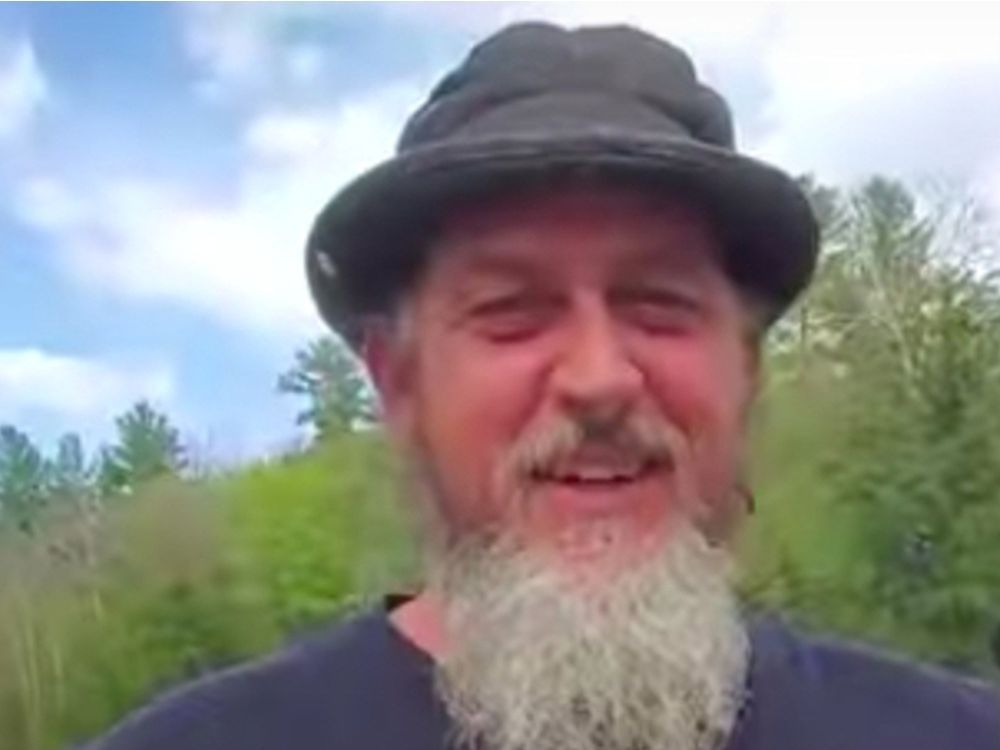 A publication ban prevents reporting of any details concerning the appearance.

Quebec activist Steeve Charland will learn Monday whether he’ll be accorded bail as he faces charges stemming from his arrest following the “Freedom Convoy” protest in Ottawa.

Charland, 48, of Grenville, Que., was arrested Feb. 26 near Vankleek Hill, about 100 kilometres east of Ottawa. He is charged with mischief and advising others to commit mischief during the truckers’ protest that paralyzed downtown Ottawa for several weeks.

Defence and Crown attorneys presented arguments through the day Thursday before Justice of the Peace Jocelyne St-Jean on whether Charland should receive bail.

A publication ban prevents reporting of any details concerning the appearance.

During the occupation convoy, the “Farfadaas,” the loose group of activists Charland leads, was camped near the intersection of Laurier and Laval streets in an undeveloped part of the large Zibi project in Gatineau.

Charland is a poet and occasional actor known as “L’Artiss” to his large social-media following.

Other convoy organizers from Western Canada have appeared at similar special bail hearings — scheduled when a session is expected to last longer than two hours — with varying outcomes.

Chris Barber, 46, was released on bail Feb. 18 with a condition that he return home to Swift Current, Sask.

Tamara Lich, 49, was released on bail March 6 and ordered to leave Ottawa within 24 hours. There are a number of strict bail conditions.

Pat King, 44, was denied bail on Feb. 25, with the justice of the peace expressing concern that King may continue offending if released and doubt in the reliability of his proposed surety.

Tyson George Billings, 44, known as “Freedom George” to his supporters, was denied bail Feb. 28 and was being held in custody with a condition that he not communicate with fellow accused convoy leaders.

The charges against the accused convoy organizers have not been tested in court.