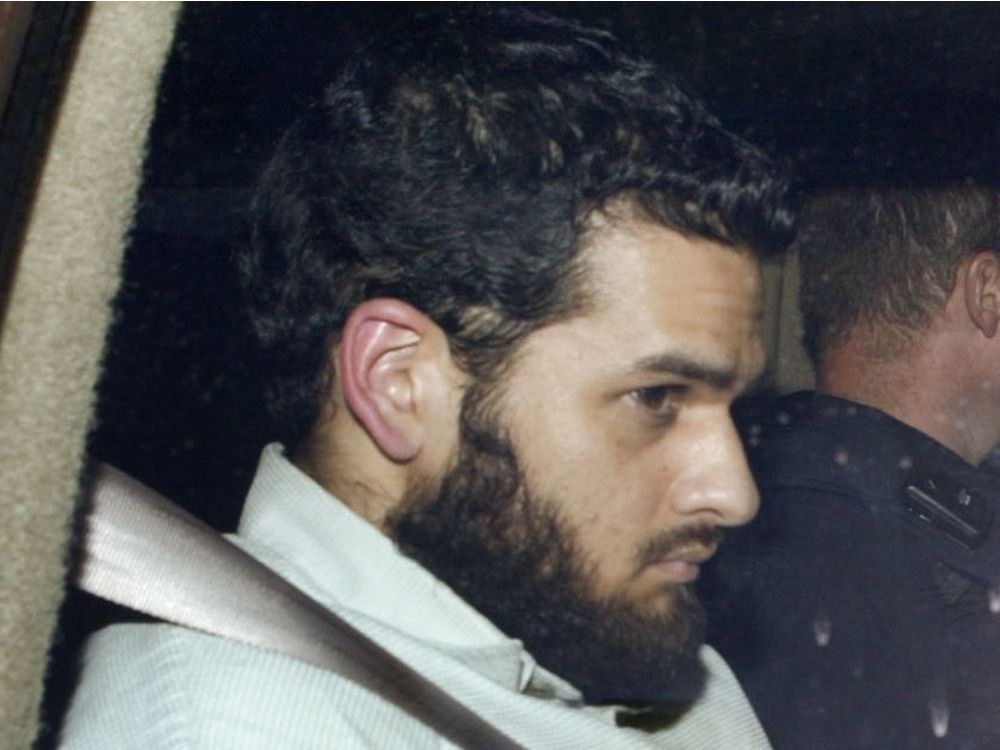 The Parole Board of Canada’s appeal division has denied the parole request of convicted terrorist Momin Khawaja, saying he has yet to take responsibility for his crimes.

In a recently released decision, the appeal division upheld the parole board’s rejection of Khawaja’s application for day parole in February.

Khawaja, 43, has been behind bars for 18 years after being arrested in 2004 and charged with seven terrorism-related offences.

Khawaja was the first Canadian convicted and sentenced under the country’s Anti-terrorism Act, which came into effect three months after the 9/11 attacks on New York and Washington.

The appeal division said Khawaja “compartmentalized” his involvement with international terrorism, and minimized the potential impact of building a bomb detonator for the British terror cell.

“Taking responsibility for building electronic devices or funding and training terrorist organizations to advance their interests without a fulsome appreciation of how your role contributed to and facilitated the larger objectives of the terrorist organizations is problematic,” the appeal division said in rejecting Khawaja’s parole request.

In making its decision, the appeal panel considered a November 2021 risk assessment of Khawaja prepared by the Correctional Service of Canada. During that assessment, Khawaja told a psychologist no one was harmed, physically or psychologically, by his work on the detonator. Khawaja also said he took responsibility for what he did.

The appeal panel said Khawaja’s contradictory statements deflected his own responsibility for advancing the interests of terrorist groups.

In February, when the parole board first denied Khawaja day parole, it said he represented an “undue risk to society.”

Khawaja’s appeal argued the board had failed to consider how his values and beliefs had changed during his incarceration. With the help of two Imams, Khawaja said, he has moved away from extremism “toward a more democratic, moral and Canadian view of society.”

Khawaja told the board he wanted to move to an Ottawa halfway house, study law and help refugees.

The appeal division panel, however, said Khawaja did not provide specifics about how he had changed and did not put together a viable, structured release plan.

Khawaja was arrested in March 2004 at Global Affairs Canada, where he worked on contract as a software developer. He went on trial in June 2008 and pleaded not guilty to seven offences under the Criminal Code’s newly minted terrorism section.

Prosecutors relied on Khawaja’s voluminous email to show he was a committed Islamic jihadist who idolized Osama Bin Laden, the leader of al-Qaeda and the mastermind of the 9/11 attacks.

In one such email, Khawaja praised the Sept. 11 plane hijackers as “effective and honourable” economic jihadists whose actions, if repeated, could bring down the United States, which he said was at war with Islam. “Yes, I understand that human beings died, but there is absolutely no other way of achieving the same objective with the same effect,” he wrote.

Federal prosecutors accused him of aiding and abetting the foiled British bomb plot. Specifically, they said, he funnelled money to the group and was building a radio-frequency device, dubbed the “Hi-Fi Digimonster,” to remotely detonate bombs.

Defence lawyer Lawrence Greenspon accepted the Crown’s contention that Khawaja was a jihadist, but argued his client was not a terrorist since he did not intend to harm civilians and was unaware of the British bomb plot. Khawaja, he said, wanted to fight western invaders occupying Afghanistan or Iraq.

Justice Douglas Rutherford convicted Khawaja on five terrorism counts, but said there was not enough evidence to prove he knew his detonator would be used against civilians.

Khawaja was originally sentenced to 10-and-a-half years in prison, but the Court of Appeal for Ontario ruled that penalty unfit. The court said it “failed to reflect the enormity of the accused’s crimes,” and replaced it with a 24-year sentence.

In a 2013 interview with the Ottawa Citizen, Khawaja said he was gradually drawn toward jihadist ideology after watching the suffering of Muslim civilians in Afghanistan and Iraq. He found like-minded groups on the internet, he said, and adopted their radicalized worldview.