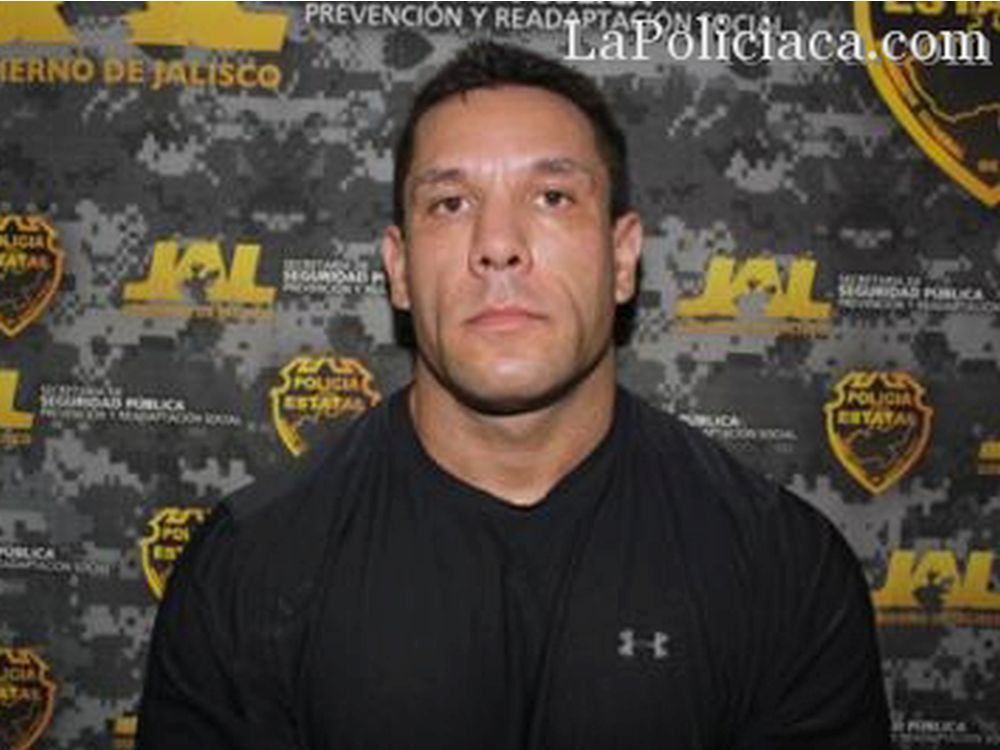 When convicted international cocaine smuggler John Krokos was released from a U.S. jail on compassionate grounds two years ago, a prison report said he was at “minimal risk” to reoffend.

But the Kamloops man has just been named as a defendant in a B.C. government lawsuit targeting another group of drug smugglers.

The provincial director of civil forfeiture wants to keep over $250,000 seized during the drug investigation, alleging the money came from illegal activity including possession for the purpose of trafficking and trafficking controlled substances, possession of proceeds of crime and failure to declare taxable income.

Most of the cash — $245,865 — was found in a Vancouver apartment on Richards Street that was then owned by Dennis Masaki Nukina, also from Kamloops, who is also named as a defendant in the government’s statement of claim.

The unit at 1188 Richards was one of three searches conducted on Oct. 12, 2021 by the Nanaimo RCMP’s federal and serious organized crime section, said the court document, which was filed last week.

In 2014, Krokos was sentenced to 11 years in a U.S. prison for leading a drug-trafficking organization with alleged links to the Sinaloa cartel while he was living in Mexico.

He was arrested in Puerto Vallarta in 2012 after American law enforcement agents posing as underworld figures infiltrated his organization and provided him with encrypted BlackBerrys. Krokos distributed the devices to his co-conspirators, believing they were a secure method for arranging cocaine shipments. Little did he know he was enabling U.S. agents to monitor drug shipments for years.

Some of those cocaine transactions were highlighted in his 2014 plea agreement — a total of 96 kilograms sent north from April to August 2010, and then a further 90 kilograms transported between May and September 2011. Krokos was also involved in transferring millions of dollars in payments to Mexico.

At the start of the pandemic, Krokos, who was treated twice for cancer during his U.S. incarceration, applied for compassionate release. His lawyer noted the prison report which said that “his risk assessment determined that he is at minimum risk for recidivism, the lowest possible score.” He won his release in May 2020 and was flown back to B.C.

The new lawsuit says that police in Nanaimo “commenced an investigation into the illicit importation, exportation and trafficking of controlled substances involving multiple Canadian citizens.”

Nukina and a man named Justin Bibby were identified as “associates of these Canadian citizens.”

Nukina was observed by police over several months in 2021 “conducting numerous short-duration meets with various individuals, which often included the passing of small packages to these individuals, which is consistent with drug trafficking.”

Investigators “subsequently stopped and arrested J. Krokos and located $3,500 … three cellphones and one notebook, the statement of claim says.

They also stopped and arrested Graham and “located half a kilogram of cocaine and a kilogram of phenacetin, a buff/cutting agent used in preparing cocaine for street-level sale,” the court documents said.

In addition to the cash seized last October, police found more than 2,000 grams of suspected cocaine, 6,770 doses of suspected LSD, 5,000 tablets of suspected Xanax, a five-gallon bucket with suspected liquid GHB inside, as well as money counters, vacuum sealers and digital weigh scales during the search of the two Vancouver apartments. They also searched an office at 1008 Homer St. and found a room “hidden behind a false wall.

“Inside the hidden room, a cooler was located with numerous plastic baggies, vacuum seal bags and duct tape packaging with marker on it consistent with wrappers from kilogram bricks of cocaine. The packaging materials all had white residue,” the lawsuit said.

No statements of defence have yet been filed.

None of the people named has been charged criminally, according to an online court database.

Asked Wednesday about whether the criminal investigation is ongoing, RCMP Sgt. Kris Clark said, “Generally speaking, the RCMP does not confirm or deny any investigation until charges have been laid unless there is an investigational need or a risk to public safety.”