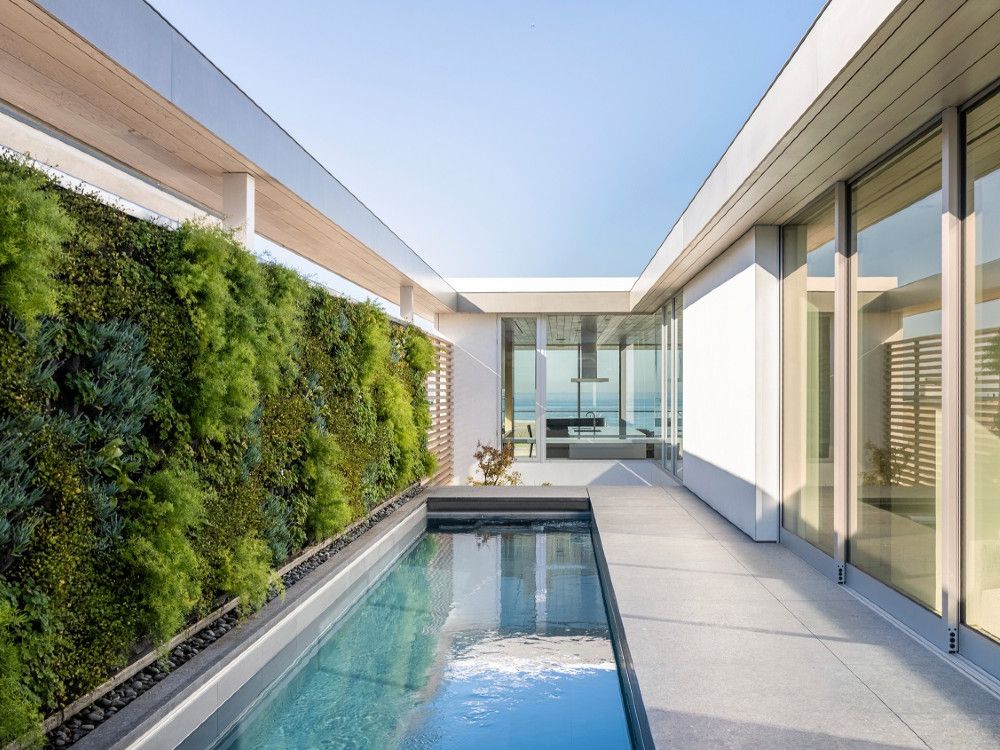 Growing up in the rugged landscape of northern California gave David Montalba a deep appreciation of nature. Today, he practices architecture out of semi-arid Santa Monica, where the scenery, geography and climate are distinctly different.

Montalba has equal respect and affection for both. It’s that awareness and appreciation of the natural world, he says, that grounds his interest in biophilic architecture — design centred on connecting humans with nature.

“It’s an acknowledgement of our place in the built environment,” he told me in an email interview, adding that one of the pillars of his practice is the notion of shared landscape — exterior or interior.

Biophilic architectural or interior design, he says, doesn’t always mean stereotypical lush, plant-laden green spaces. “It can be materials and surfaces that extend connected spaces, sometimes natural, sometimes man-made. Often we see these elements intertwined with natural light and how (they) affect movement and flow.”

Those elements include Montalba’s use of the “trophy tree”— a single sculptural tree that’s also an architectural gesture. He likes courtyards to “fold into the home” with cascading greenery or a solitary tree, which he thinks can sometimes have more impact.

A striking public example of this is a sunken garden concept he created at the entrance to the Wilshire Boulevard building, designed by New Formalist architect Edward Durell Stone.

Montalba’s firm was chosen to restore the façade, lobbies and common areas of the eight-story commercial structure, an attractive stack of airy white arches sitting on slim legs at ground level.

Dropping the tree into the basement, says Montalba, “invigorated it with natural light and a strong connection with nature.”

That’s not to say Montalba doesn’t incorporate massed plants into his design. He placed a living wall above a reflecting pool in a long, rectangular open-air courtyard in one residence, and lined them up neatly next to outdoor stairs. Because there’s a degree of maintenance that comes with living spaces, Montalba says it’s important to match plantings to specific location conditions so that they’ll thrive without too much fuss.

Such features will become common as climate change forces society to reduce its footprint and address sustainability in both existing and new buildings, says Montalba. As an added challenge, we’ll need to counter the damage climate change has already done.

Montalba is hoping more independent and off-grid structures, reutilization systems (such as greywater), self-cleaning coverings/surfaces, and zero-energy consumption buildings will spur a new kind of architecture that’s in harmony with the environment.

The biggest obstacle to change, he says, may be a risk-averse building and construction industry. “It takes clients with high aspirations and resources to push beyond what is standard in the industry. Frankly, we also need more support from government and major tax incentives to really have a substantive impact,” he says.

These kinds of shifts are happening on a civic scale. Take Singapore, a low-lying city that will particularly feel the effects of climate change. It recently launched a plan that includes setting aside 200 hectares for park — an environmental initiative that will also ensure that every family lives within a 10-minute walk of a natural setting.

The move comes with a commitment to plant one million trees and a requirement that new developments must include elements like green roofs, cascading vertical gardens or verdant walls. For more on that, go to www.aroundthehouse.ca

In any home, biophilia can be expressed by extending the natural landscape or contrasting it, says Montalba, as long as what’s done has an essential link to the Earth and its well-being.

“Whether that’s incorporating landscape into an urban environment or lessening indoor footprint for more outdoor space,“ says Montalba, “it’s about finding these connections in every project we do.”

This interview was edited for length and clarity.