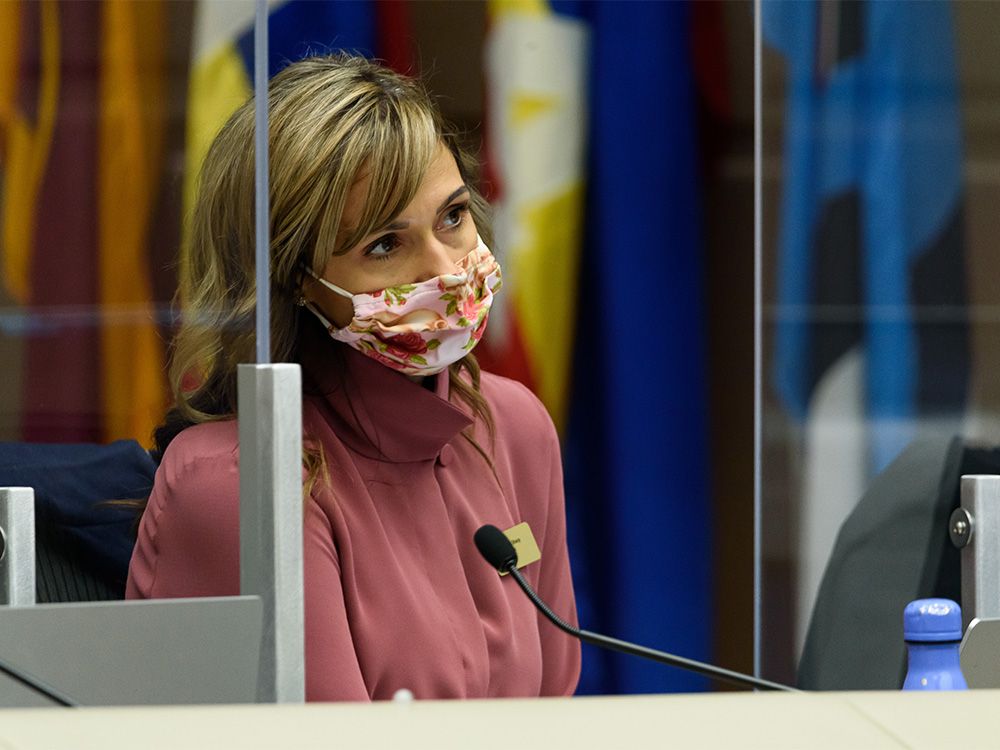 Two Calgary councillors are expressing concern about a recent exodus of women in leadership positions at city hall, which they say needs to be assessed.

Coun. Sonya Sharp said during Tuesday’s council meeting that she knows of five women in high-level positions at the City of Calgary leaving in the past six weeks, and she said there are 10 who have left in the last year. Whatever the reason for the resignations, Sharp said the city needs to get to the bottom of it.

“I’m concerned kind of how the female leaders and maybe female staff, in general, are being treated in the organization,” said Sharp over the phone Wednesday.

“I don’t want any more leaders leaving this corporation. I would say we want to retain talent in the corporation. And that’s been very much talked about by administration. But if we start seeing more and more people leaving the corporation, they need to really be evaluating their HR (human resources) policy.”

Sharp, who worked in city administration for 20 years before her election to council in October, said that she’d like to see a more proactive approach taken to finding the root of this issue.

“Are there no jobs? Are we not breaking the glass ceiling? Are these women leaders not getting the opportunities they hoped to get in this organization?” Sharp said. “We’re losing knowledge. As city employees give someone two or three weeks’ notice, that does not give you enough time to succession plan.”

She said council could request to evaluate the themes or trends recorded in recent exit interviews to look at why people are leaving city administration.

When the Ward 1 councillor posed the question about staff retention to city manager David Duckworth during Tuesday’s meeting, Duckworth said the city hasn’t seen the “great resignation” that some companies are experiencing. However, he said a number of the 2021 resignations and retirements were largely driven from the end of the retirement allowance.

“We had a lot of people retiring. We’ve also had people move on. I’ve heard loud and clear from employees that many of our salaries are no longer competitive with the private sector,” said Duckworth.

He explained that through the city’s realignment project, some people had internally applied for acting management roles and weren’t successful.

“I know many of the people that you’re referring to, they found opportunities elsewhere because they simply weren’t successful and they didn’t know what was next in their career. So, they found a better opportunity,” Duckworth said to Sharp.

“We, of course, want to keep the best and retain the best, but that definitely happens.”

Coun. Jennifer Wyness has also brought up questions about staff retention at council meetings. On Wednesday, the Ward 2 councillor said this is something she will be keeping her eyes on and will be looking to city administration for more answers.

“I want to learn more and try to figure out what the root cause of this is, whether it’s the reorganization or the transition coming out of COVID that’s making it more challenging or whatever else,” said Wyness.

“Do we need to have a more hybrid work environment to allow women to excel in the workforce? What is the data from exit interviews showing us?”

She said she plans to continue discussions with Sharp on what council might be able to do to monitor staff retention and ensure women aren’t being pushed out of city hall.

“We have to always be mindful of this dynamic system and how we adapt it to attract and keep top talent,” Wyness said.