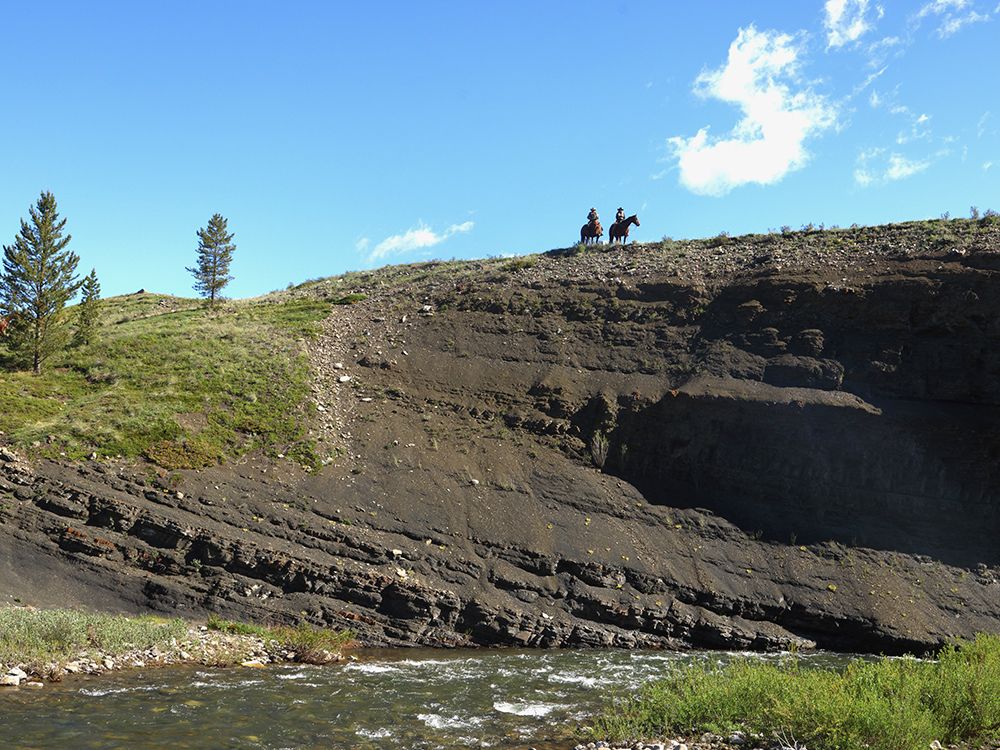 The Alberta government is facing a more than $3.4-billion lawsuit over its decision to end all new coal-related exploration on the eastern slopes of the Rocky Mountains.

“Cabin Ridge and CRHL acquired the Cabin Ridge Property and additional property interests (including a pipeline and right of way leading to a railway) … for the purpose of developing one of the world’s leading metallurgical (steel-making) coal projects,” a statement of claim filed in Calgary Court of Queen’s Bench says.

“The Cabin Ridge Project would have created around 500 jobs, provided $2 billion or more in taxes and other revenues for the provincial and federal governments, and generated approximately $9 billion in pre-tax profits.”

The court document says Cabin Ridge has paid about $56 million to acquire, invest in and take steps to explore and develop the property, which is designated as Category 2 under a 1976 provincial coal policy.

“Cabin Ridge holds the rights to coal resources in about 4,700 hectares of land located approximately 50 kilometres north of Coleman, Alberta.”

The claim says that despite the province’s actions, no compensation has been offered to the companies for their losses.

“Notwithstanding Alberta’s immediate, indefinite and complete ban on coal exploration and development on the Cabin Ridge Property, Alberta has not compensated nor offered to compensate Cabin Ridge or CRHL,” it says.

The lawsuit notes that on May 15, 2020, the province announced it was rescinding the 1976 coal policy, which led Cabin Ridge to take further steps to acquire the property and assets and further explore and develop the project.

“Cabin Ridge relied on Alberta’s rescission of the 1976 coal policy and proceeded on the understanding that there were no unique restrictions to developing a metallurgical … coal project aside from the restrictions that applied to other industrial users, including regulatory approval requirements.”

The company then proceeded to get Alberta Energy Regulator permits for coal exploration and deep drilling before the province reinstated the 1976 coal policy eight months later, which was followed by ministerial directions and an order prohibiting mountain top mining and indefinitely suspending coal exploration on the eastern slopes.

The lawsuit seeks damages of $3.441 billion, or alternatively restitution of about $56 million plus future and contingent remediation costs.

A statement of defence disputing the unproven allegations in the claim has not been filed.