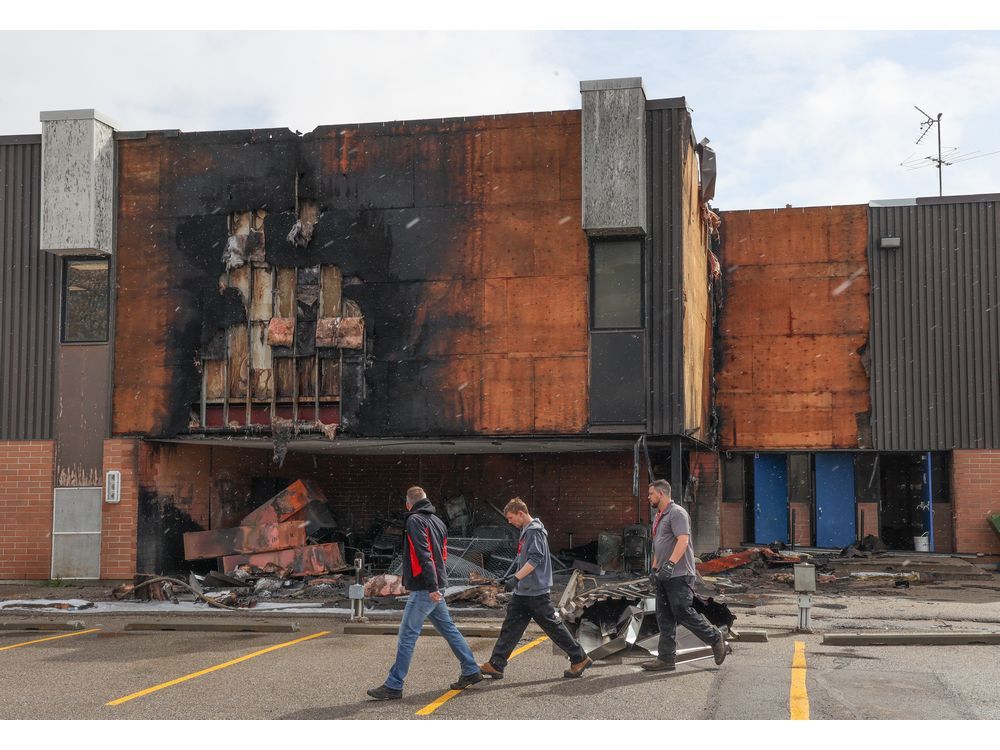 The Calgary Police Service’s arson unit is investigating the cause of a suspicious early morning blaze at a high school in southeast Calgary that will likely shutter the school for the rest of the year.

Officials say the fire started outside the building in a storage area and damage has largely been contained to the exterior, though some smoke made its way into the school. No injuries were reported.

The chair of the school’s board of directors, Jeff Wilson, said school security cameras captured an individual lighting a fire near the school early Monday morning. That footage has been shared with police and fire investigators.

Calgary police told Postmedia the fire has been deemed suspicious and officers are reviewing the security camera footage, but it’s unclear whether the fire was set intentionally or accidentally.

“The resulting fire has caused extensive external damage and certainly some internal water and smoke damage as well, and likely that the school will be closed for the balance of the school year as a result,” said Wilson.

Wilson said the school’s roughly 500 students will have to move to online classes in the near term but the school is working with the provincial education ministry, the Calgary Board of Education and the Calgary Catholic School Board to find in-person opportunities for students to finish out the year.

“Our students and staff have had to deal with so much adversity throughout the pandemic and just to have this layered on top of it after what has been a very long two years is very, very challenging,” said Wilson.

The building, owned by the Calgary Board of Education, is currently being leased by the charter school.

Fire crews remained on scene as of 9 a.m., and the academy has cancelled classes for the day as fire investigators continue to probe the cause of the blaze.

FFCA South High School will be closed today, May 9th, 2022 due to an external fire on campus. We will be communicating prior to the end of the day with more information.