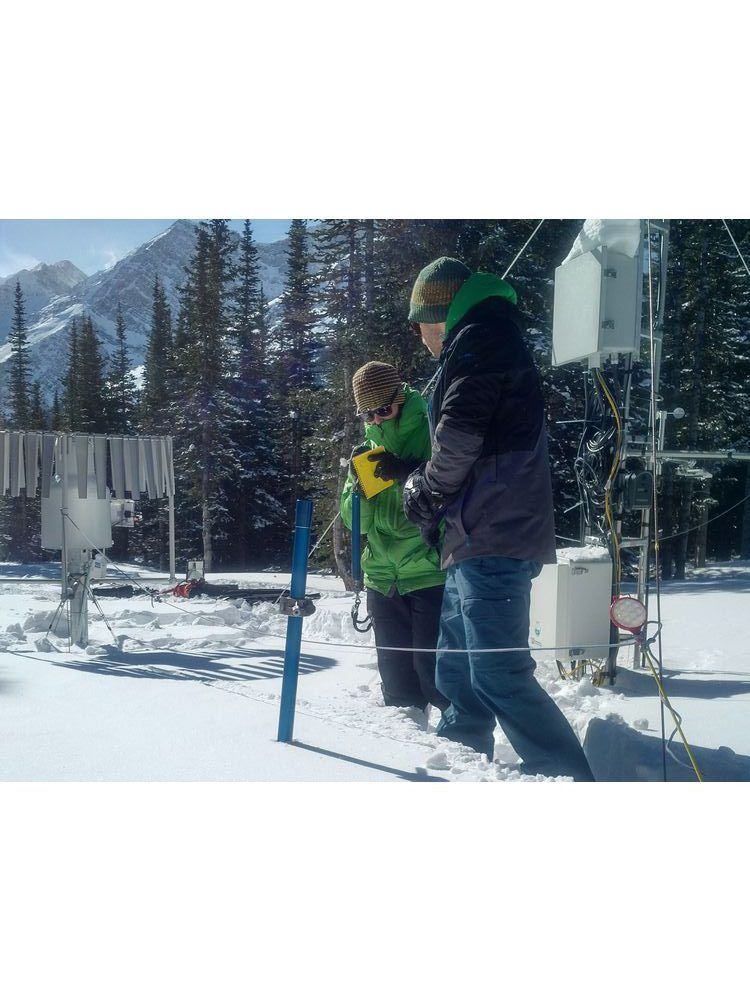 City officials are monitoring an above-average snowpack in the Rockies as the prime season for flooding approaches.

But while that volume of snow — about 20 to 40 per cent above average — upstream from the city is a concern, a more potent flooding trigger remains the potential for heavy rains that were decisive in the deluge that caused $5 billion in insurable damages and five deaths in southern Alberta in the early summer of 2013, say city water experts.

“Over the next couple of months, we’ll be monitoring the rivers 24/7, keeping an eye on any large rain systems that can cause river flooding, while closely watching the snowpack in the mountains as it starts to melt,” said Sandy Davis, the city’s river engineering team lead.

“The snowpack melting does raise river flows to a level that’s unsafe (for boaters) but when we’re looking at river flooding, we’re really looking at those big rainfalls.”

Prime flooding season in the Calgary area runs from May 15 to July 15.

As has happened in some of the years since the 2013 flood, water levels in the Glenmore and Ghost Dams that control flows from the Elbow and Bow Rivers respectively have been lowered to make more space should a flooding event occur.

Upgrades made in 2020 to the Glenmore Dam enable it store twice as much water as previously.

Materials to construct temporary barriers have also been stockpiled, while permanent infrastructure built along the city’s rivers over the past nine years have reduced the flood risk by 55 per cent and potential annual damage by $90 million, said Davis.

That includes a downtown flood barrier running from the Peace Bridge in the west to the Reconciliation Bridge on the core’s east side.

Davis noted work has now commenced on the Springbank dry dam (SR1) 15 kilometres west of the city, which is designed to temporarily divert the Elbow River in times of extremely high flow and prevent a repeat of the 2013 disaster.

“Once complete, SR1 is a complete game-changer for Calgary, protecting thousands of residents that live and work along the Elbow River and downtown Calgary,” said Davis.

The structure is expected to be completed in 2025.

But even with SR1 and Glenbow Reservoir mitigation, a flooding event larger than 2013’s “could overtop those structures and climate change will further increase that risk,” said Davis.

Scientists say climate change, by boosting airborne moisture levels, contributes to more intense rainfalls such as the one that struck southern Alberta nearly nine years ago and many other disastrous deluges around the world in recent decades.

Neighbourhoods upstream from the Glenmore Reservoir, including Calgary’s Discovery Ridge and those in Rocky View County, won’t be helped by current protections, “but most of those areas were built at a fairly high flood standard,” said Davis.

At the same time, the province is reviewing three flood mitigation reservoir options on the Bow River upstream from Calgary, with a recommendation expected late next year and a report expected to follow in 2024.

An overflowing Bow River badly damaged Calgary’s downtown and a host of other neighbourhoods, while about 100,000 people were evacuated during the 2013 flooding.

Davis said about 60 per cent of the 2013 flooding damage in Calgary was caused by the Bow River, which submerged parts of downtown.

Those seeking daily river updates can go to Calgary.ca/floodinfo