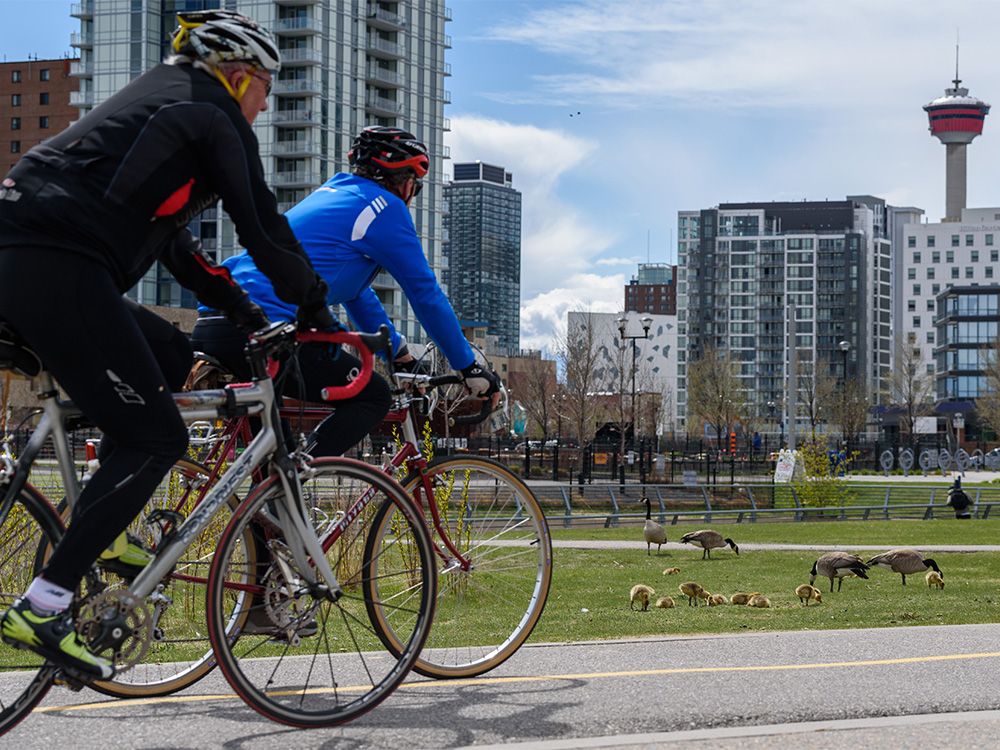 Harassing behaviour in public places could lead to a fine of up to $500 once the City of Calgary’s street harassment bylaw comes into effect on Wednesday.

The City of Calgary is taking a no-tolerance stance against street harassment with the new amendment to the public behaviour bylaw, Aalika Kohli, a business strategist with Calgary Community Standards said Tuesday. Calgarians will be able to report personally experienced or witnessed incidents of street harassment in public and they will be investigated, with a fine of up to $500.

“There are going to be consequences for this kind of behaviour,” said Kohli.

“The City of Calgary is taking a holistic approach to end street harassment, with measures that use collaboration, education, and enforcement to regulate behaviour that infringes on Calgarians’ ability to enjoy public spaces and feel safe in communities.”

City council unanimously voted in March to amend the public behaviour bylaw to restrict the harassment of another person in a public space. It comes into effect on June 1.

Harassment is defined in the bylaw as communicating with a person in a manner that could reasonably cause offence or humiliation, including conduct, comment, or actions that refer to the person’s race, religious beliefs, disability, age, gender, gender identity or expression, sexual orientation, family or marital status, or income and includes sexual solicitations (catcalling) or advances, among other things.

The bylaw applies to harassment that happens within public spaces in Calgary, including businesses like restaurants, on sidewalks and in libraries.

Under the public behaviour bylaw, a ticket involving a court appearance could also result in a fine of up to $10,000 and six months in jail. There are no provincial laws against street harassment in Alberta.

“This is going to be a deterrent and there are going to be more eyes on the streets,” said Kohli.

Ryan Pleckaitis, the chief bylaw officer with Calgary Community Standards, said every report and potential violation of the bylaw will be approached seriously and investigated.

“The important message this bylaw sends is that Calgary is a safe and welcoming city and that we won’t tolerate issues of racism, sexism, homophobia, transphobia, xenophobia or other forms of overt bigotry,” Pleckaitis said.

He said there are challenges with enforcement because it’s a transient offence but they’ll investigate it like they do all bylaw infractions. People’s phone recordings of incidents will help, as well as victim and witness statements.

Victims or witnesses of street harassment can report the incident through the Calgary Police Services non-emergency line at 403-268-1234, or by calling 311 or creating a 311 service request online. The person reporting the event will be asked about the nature of the concern, a description of the offender and the location of the incident, along with other details that they feel comfortable sharing.

If there is a direct threat or the situation is dangerous, people are encouraged to call 911 immediately.

Kohli said the City of Calgary understands this bylaw is not the “silver bullet” to resolve street harassment.

“For this reason, we have other measures that we are also looking into, such as public awareness advertising campaigns,” said Kohli.

The City of Calgary is taking other actions to improve the safety and security of those who are most at risk of street harassment. The city is pursuing membership with the United Nations Women’s Safe Cities and Safe Public Spaces Program, which is a global initiative to support cities as they work to address harassment.