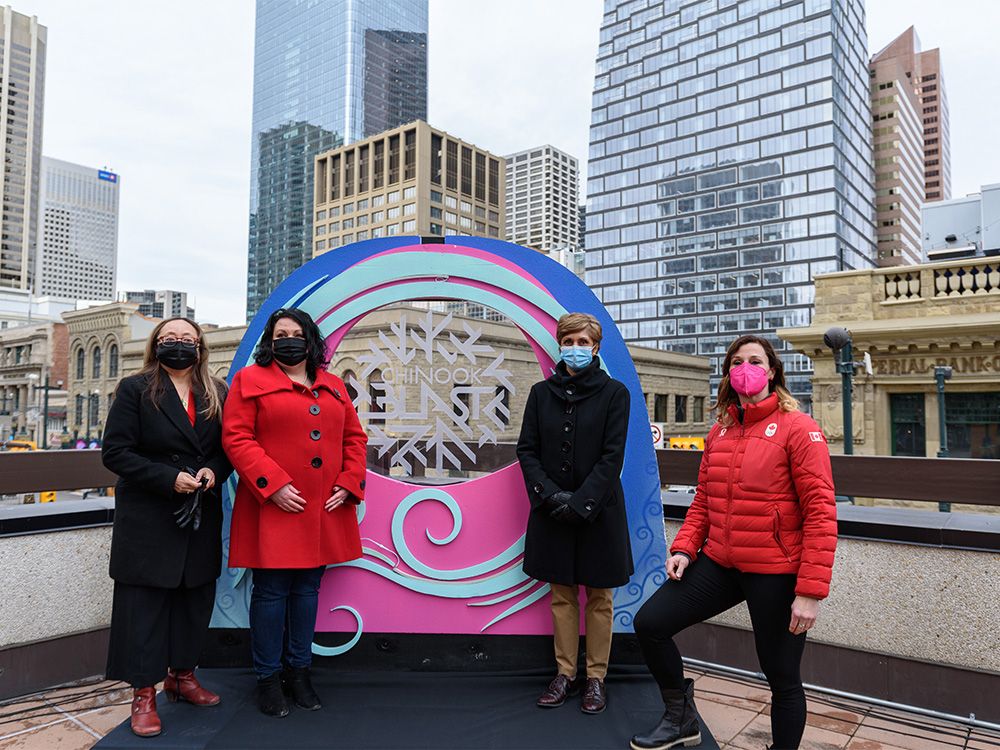 After an initial delay due to COVID-19, winter festival Chinook Blast is set to officially begin on Friday.

The festival, which features a laundry list of activities for Calgarians across the city, will run until Feb. 27.

Franca Gualtieri, executive director of Chinook Blast, expressed excitement that the festival is finally kicking off.

“This festival showcases the best of our city, and I think that is what we need right now,” she said. “We’ve all had a really challenging two years.”

Gualtieri said having started the festival during the pandemic last year, the inaugural version had to be changed quite a bit to meet provincial guidelines.

This year, while COVID-19 is still very much a factor in Calgary, circumstances have changed enough to allow for more events that couldn’t have happened last year.

“I joke around and say anything that has a human being and a performance lasting longer than 32 seconds is new, because those were our restrictions last year,” she said.

With four weeks of events planned, Calgarians can look forward to the Calgary Folk Music Festival’s Block Heater, the Glow Festival, Ethnik Festival of Arts & Culture, along with the many community pop-ups and Friends of Chinook Blast programming taking place.

Gualtieri said she is also looking forward to the festival’s newest addition, titled the Chinook Blast Hub, in Olympic Plaza. It will feature free festivities in Calgary’s city centre, including three areas of art installations, pop-up performances, a community stage and an artists’ pavilion.

“We are really going to be able to showcase things we have been missing for a while,” Gualtieri said.

Even with COVID-19 restrictions and extremely cold weather last year, the festival still managed to host around 400,000 people. Gualtieri said this year, organizers are expecting more as event additions and hopefully better weather will allow for more people to get involved.

The festival will also feature mini-instalments in a number of Calgary communities. Kensington, Crescent Heights, Kincora, Edgemont, and Evanston are some of the areas Gualtieri noted will feature Chinook Blast installations and events.

“We really wanted to be inclusive for all this year,” she said. “We will also have our main performances livestreamed for those who can’t join us outdoors.”

The festival was initially set to start on Jan. 21. But with the rapid spread of Omicron, the decision was made to delay the start date to ensure organizers and festival partners had time to get everything in order.

“We thought it would give us a little more time to see if any more restrictions would come out, and to give our partners time to adjust,” Gualtieri said. “We are just really excited to be launching, we have a great lineup for the next four weeks.”

Organizers also had to adapt to the cancellation of the High Performance Rodeo and the postponement of the BIG Winter Classic.

“It’s always disheartening because you never want to have to cancel something like the High Performance Rodeo, or see an event postponed, but it’s the right thing to do,” she said. “As difficult as it is to not see them be a part of the festival, we want to make sure our partners, their patrons and supporters feel safe.”

For more information and to find a schedule of events, visit Chinook Blast’s website.