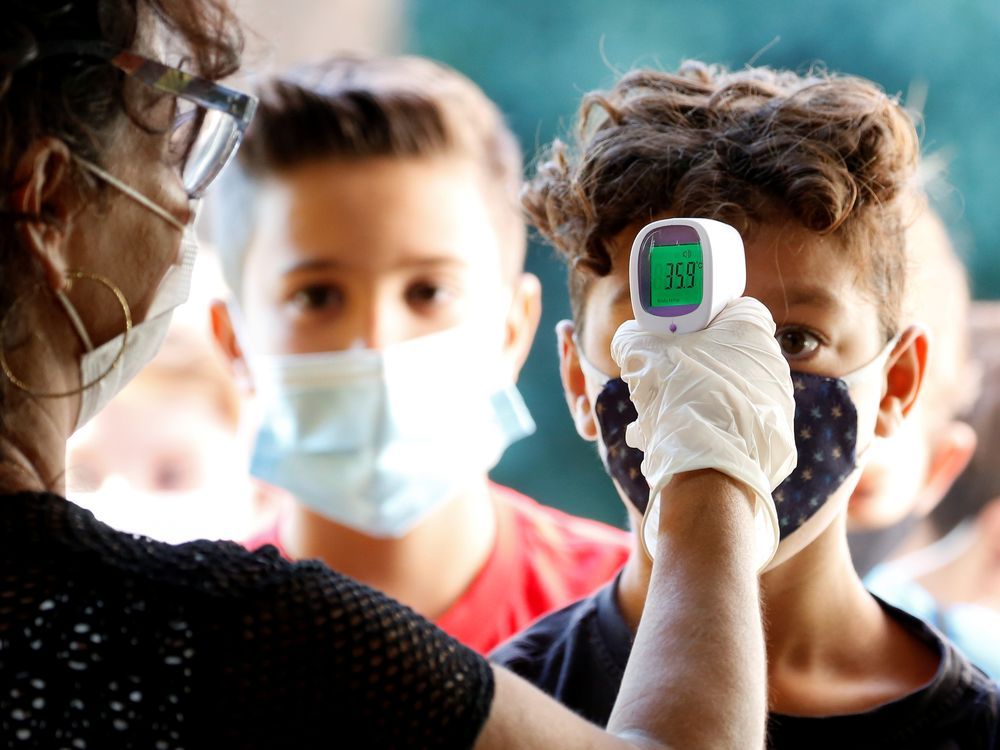 Children are a significant source of COVID-19 spread in households, according to a new study by Ottawa researchers, which counters an earlier perception that kids play a limited role in the transmission of the virus.

Researchers from the CHEO Research Institute, the Ottawa Hospital Research Institute and the University of Ottawa, found that, while children transmitted COVID-19 at a lower rate than adults, they still contributed to significant spread within the Ottawa households being studied, infecting 37 per cent of household members if they were the first infected. Overall, about 50 per cent of household members were infected by the first individual to have the virus. Children were also as likely as adults to become infected.

The study was conducted on households with COVID-19 infections between September 2020 and March 2021. Its authors hypothesized that children would act as “an even greater source of spread within households with the emergence of more infectious variants,” such as the BA.2 subvariant of Omicron, which now dominates in Ottawa.

The research findings come as the province appears to be reconsidering whether masks should be mandatory in Ontario schools, according to comments made by Health Minister Christine Elliott on Tuesday.

Calls for the province to do so are growing as the sixth wave of the pandemic surges to heights not seen before in the pandemic.

COVID-19 in Ottawa’s wastewater — considered one of the best ways to determine the amount of infection in the community — is now at historic levels, three times as high as at the peak of the Omicron wave in January, according to Tyson Graber, co-lead investigator of the COVID-19 wastewater project in Ottawa and associate scientist at the CHEO Research Institute. According to wastewater data, the wave hasn’t peaked, he said.

On Tuesday, trustees at the Ottawa Carleton District School Board and two other Ontario boards were to debate bringing mandatory masking back to their schools. Most pandemic regulations were dropped by the provincial government last month.

Earlier in the day, Elliott said in response to a question that Chief Medical Officer of Health Dr. Kieran Moore is “reviewing data to determine whether masking should be reintroduced in public settings, in schools and so on.” Her comments seemed to contradict what Moore himself said on Monday during his first appearance in weeks — that he strongly recommended wearing masks in indoor spaces but did not support re-imposing mask mandates at this time.

Still, Elliott called the school board votes premature, saying: “I would ask people to wait until we have heard from Dr. Moore on this subject.”

The study published in the journal CMAJ Open adds to the growing understanding of how the SARS-CoV-2 virus that causes COVID-19 spreads, particularly when children are involved.

Dr. Maala Bhatt, a lead author of the study, said it is important for people to understand how the virus can transmit in closed indoor settings, including schools, and to protect themselves.

“I know many want to ‘live with COVID’ and abandon the layers of protection that were previously mandated, but it’s important to be aware of the high transmissibility of this virus in closed, indoor settings, such as schools,” she said.

Bhatt, an emergency physician at CHEO, is director of emergency medicine research at the hospital and an investigator with the CHEO Research Institute.

Ontario’s COVID-19 Science Advisory Table has also noted that children play a bigger role in the spread of SARS-CoV-2 than originally suspected.

Children were initially underrepresented in case counts because they are less likely than adults to display symptoms. Since the beginning of the Omicron wave in December, though, hospitals have seen more sick children with COVID-19 than at any time during the pandemic. The majority of COVID-19 hospitalizations at CHEO have happened since Dec. 1, 2021.

The research team, including Dr. Marc-Andre Langlois of uOttawa, the executive director of CoVarr-Net, studied 695 participants from 180 households in Ottawa. It included households with at least one member having had confirmed COVID-19 and at least one child.

Bhatt noted that the research was done during a period of the pandemic when the virus was less transmissible and strong pandemic restrictions were in place.

“Flash forward to where we are today with an extremely transmissible variant of COVID-19 and the majority of pandemic restrictions lifted; it’s safe to say transmission rates will be higher even though we have a high vaccination rate amongst those who are eligible,” she said.

Bhatt said that while hospitals are not overloaded as they were in January, emergency departments are, and positivity rates are on the rise, even among children. She and other researchers are continuing to learn more about the potential long-term health impacts of COVID-19 and how long immunity lasts.

She, like many health leaders, said it is important for people to continue to protect themselves and their families.

“As significant COVID-19 transmission continues within households and throughout the community, it’s important to continue doing what you can to keep yourself and those around you safe — mask while indoors, wash your hands, get vaccinated with all the doses you are eligible for, stay home if you’re sick and limit close contacts.”