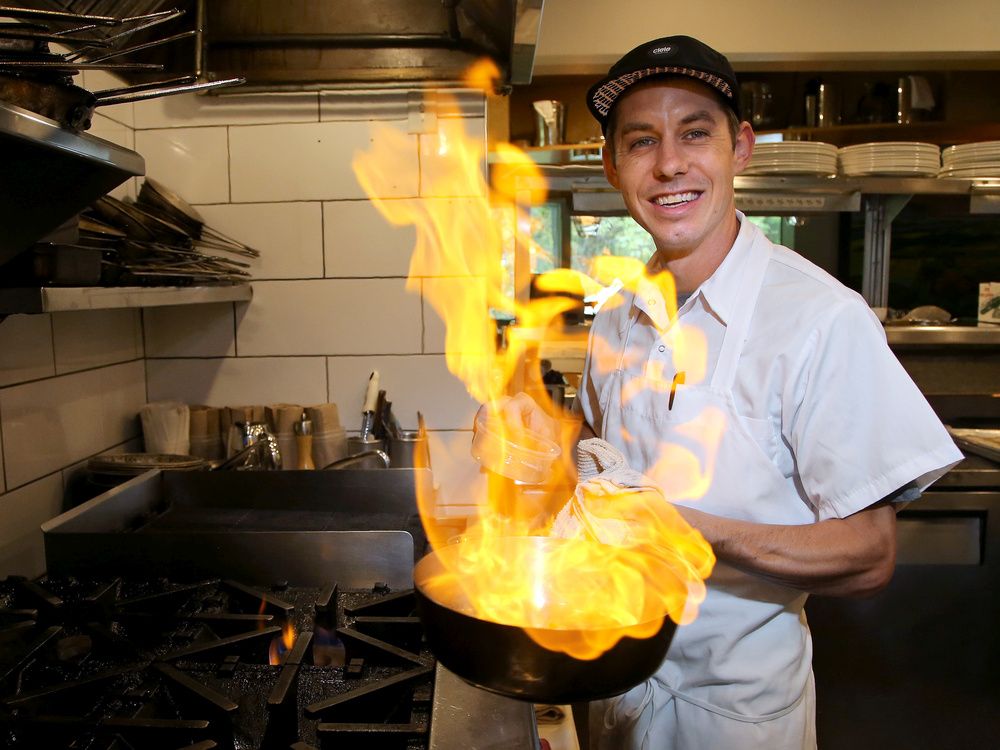 The Supreme Court of Canada has hired an acclaimed chef who flourishes when his food is judged.

Yannick LaSalle, winner of the 2019 Canadian Culinary Championships, will leave Restaurant Les Fougères in Chelsea at the end of August. Starting in September as the court’s new executive chef, LaSalle will cook lunches for its nine judges, as well as food for dinners and receptions with extra outside help.

“It’s nothing I was thinking of doing in my career. My dream is to open up a restaurant (of my own),” he added.

But LaSalle, who has worked at Les Fougères for more than a decade and became its chef five years ago, said his new job will give him a lot more family time. The father of an 11-month-old noted that he works 16-hour days at Les Fougères.

According to its job posting, his new 40-hour-a-week position will pay up to $38.57 an hour and give LaSalle July and August off each year. The new position also comes with a pension, LaSalle added.

LaSalle said cooking for the Supreme Court came onto his radar when Oliver Bartsch, the court’s current chef and previously the chef for then-prime minister Stephen Harper at 24 Sussex Drive, took part last year in an event at Les Fougères and told LaSalle he might retire soon.

LaSalle said more than 20 people applied for the position. To win it, he had to write a 2,500-word cover letter, go through written and oral exams, and finally cook for the judges and for Bartsch.

For his new position, LaSalle says he will create new menus daily and shop for his own ingredients for soups and salads, fish, meat and vegetarian main courses, and light desserts. “I heard the judges like to eat healthy. That’s a great thing,” he said.

LaSalle said he will miss cooking for guests at Les Fougères, which this year ranked 77th on the Canada’s 100 Best Restaurants list.

“That’s a little bit why I cook, to bring love around the table,” he said. “I don’t know if I’ll be able to find that in this new chapter, but I’m ready for the challenge. I want to see what it’s all about. We’ll take it day by day.”

LaSalle grew up in the Pontiac region and worked in restaurants in the Outaouais before joining the team at Les Fougères. He has also done internships at Michelin-starred restaurants in France and the U.S. In the fall of 2018, LaSalle won the Ottawa edition of the Canada’s Great Kitchen Party competition, qualifying for the national championships.

Charles Part, who opened Les Fougères with his wife, Jennifer, in the early 1990s, said he hasn’t yet found a replacement for LaSalle.

Part said he’s interviewed some strong candidates, including chefs who “might have a different approach to the food” at Les Fougères, a champion for seasonal, farm-to-table cooking since Part was its original chef. “We’re going to see what the strengths of those people are,” Part said.

Part said that LaSalle’s dedication and character were “exemplary.” Part and his wife have been through a “grieving process” since they learned LaSalle would be leaving, he said.

“He’s one of our greatest friends,” added Part, who himself won Ottawa’s Gold Medal Plates competition in 2008. When LaSalle became chef, Part devoted more energy to the restaurant’s large boutique filled with take-home food and its wholesale operations.

LaSalle said he couldn’t ask for better mentors than Part and his wife. “They’ve been so so nice to me, so generous,” he said.

He said it was very important to leave the kitchen at Les Fougères in good hands.

“The new chef coming in, he’ll bring his own flare to the business, which is good. It’s not a bad thing. Good things could happen,” LaSalle said.