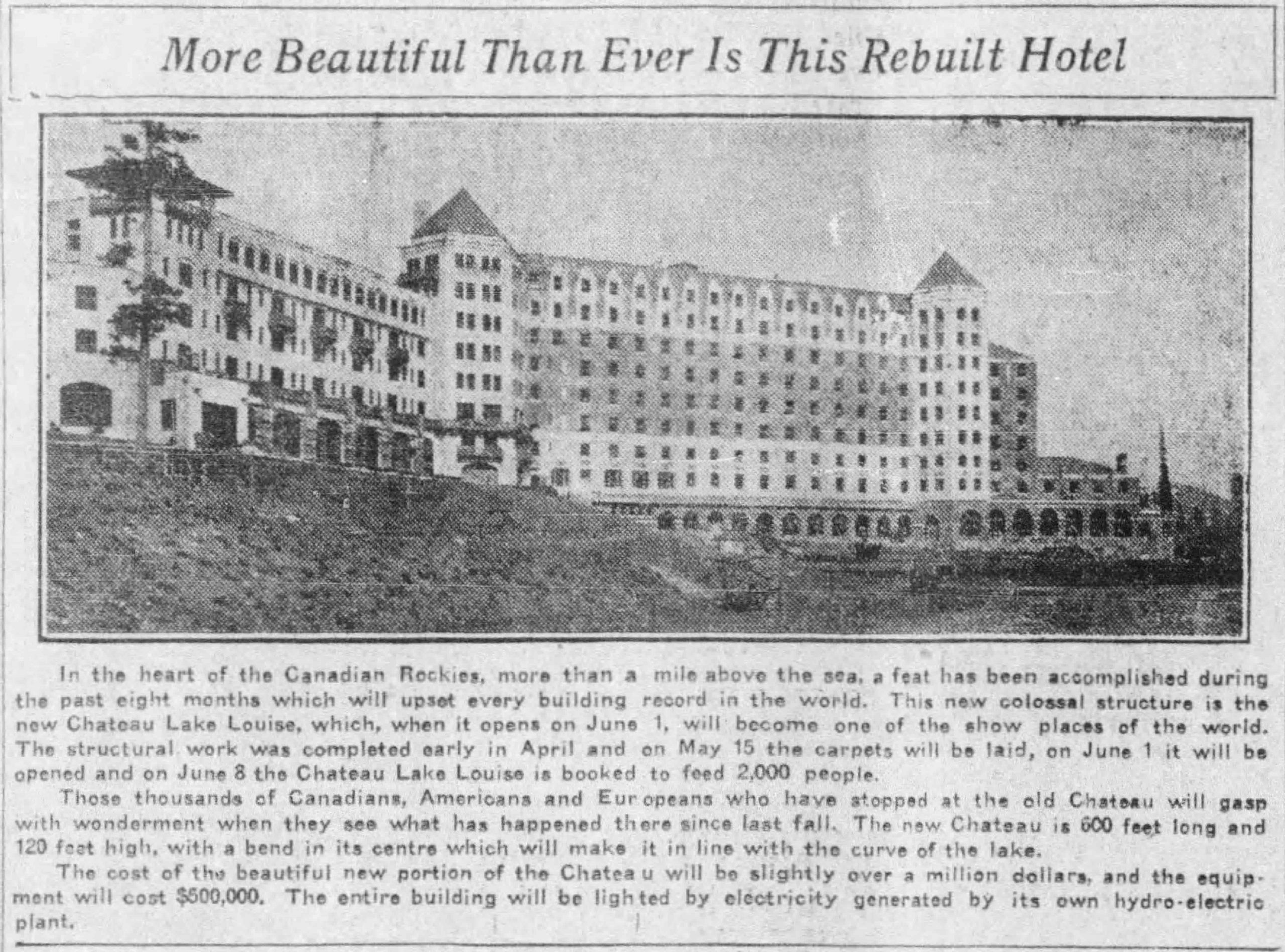 It all started in 1890 with a tiny log cabin on the unforgettable waters of Lake Louise. That’s where Cornelius Van Horne — the head honcho of Canadian Pacific Railway — built a cabin he named “Chalet Lake Louise,” which attracted about 50 visitors that year.

As word of the area’s beauty spread, visitor numbers grew. Construction on a new hotel named Chateau Lake Louise began in 1898; additions followed in 1903-04, 1908-09 and 1914. Disaster struck the hotel, however, when a fire roared through the property in 1924.

Canadian Pacific Railway vowed to rebuild the hotel quickly and work continued throughout 1924, even in winter months. To battle the elements, an entire wooden shell was built around the structure of the hotel to provide protection to workers and allow construction to proceed during winter in the mountains. Steam boilers were used to heat the air inside the shell so that concrete could be poured, brick could be laid and gravel could be thawed. Up to 350 men at a time were working on site.

By spring 1925, it was announced the rebuilt hotel would open June 1.

Lords and ladies attended the reopening. Visitors from as far away as Australia, New Zealand and Europe — as well as from across Canada — were among the first guests to register at the rebuilt Chateau Lake Louise. Lighting was subdued; furnishings were tastefully lush; and an orchestra was booked to play for the hotel’s first ball.

The hotel — now part of the Fairmont hotel group and thus called the Fairmont Chateau Lake Louise — attracted many celebrities over the years including Betty Grable, Carmen Miranda, Alfred Hitchcock and Christopher Reeve.